Behind the microphone with IPC podcast host Andy Stevenson 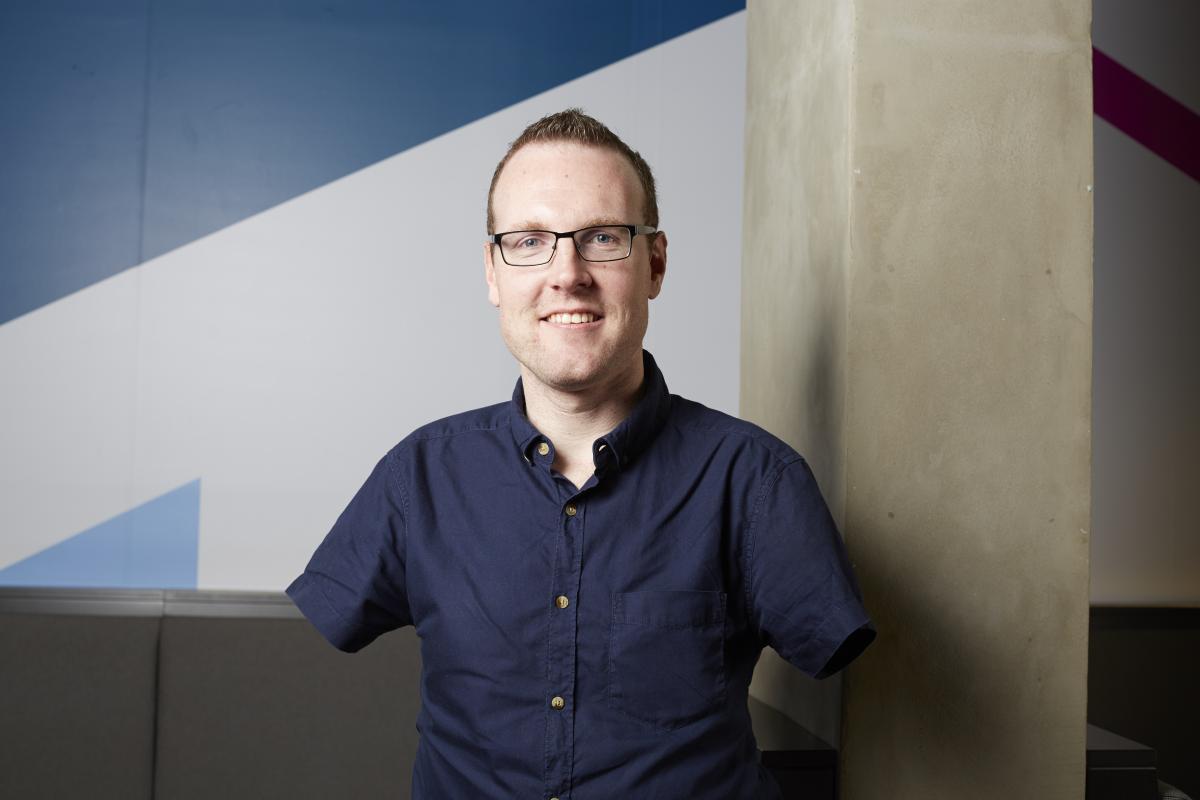 Andy Stevenson - Podcast host of "A Winning Mindset: Lessons from the Paralympics"
By Ros Dumlao | For the IPC

As a podcast host, Andy Stevenson lets the Paralympians do the talking. He digs deep into their personal stories – or rather – their minds, hoping to uncover valuable life lessons that listeners can take cue from and add value to their own lives.

Stevenson’s role for a change was reversed and for once he was on the other side of the microphone, sharing life lessons of his own.

“I guess one important thing to say about myself is that I’m disabled,” said Stevenson, who was born with no hands and wears an artificial leg.

“When I tell the athletes I have a disability, particularly the athletes who haven’t met me, I do think it changes the dynamic a bit. Or if I want to ask an awkward or personal question, I can pre-empt it by saying I know how you might feel on this subject because it affects me as well.”

In every episode of “A Winning Mindset: Lessons from the Paralympics,” the British-based broadcaster and producer has been able to relate to something in the life experience of his guests. With Irish swimmer Ellen Keane, whom he interviewed in October, he understood what it was like for her to be born without one hand and how different it is for people who acquire their disabilities later in life, or suddenly through injury or illness. He saw a bit of himself in Paralympic champion Jonnie Peacock, who lost his leg to meningitis.

“I felt like we had a similar upbringing in a sense," said Stevenson, whose first podcast episode was with the London 2012 and Rio 2016 Paralympic gold medallist. "My parents and sister and friends always encouraged me to get involved in things. It was always 'have a go, don’t worry about falling over or hurting yourself'. Although underneath of course, my Mum was worrying a lot.”

GETTING INTO THE BUSINESS

While Stevenson is not an elite Para athlete, he preferred to report on them.

He jokingly explained that because he did not have enough legs to be a Premier League football player, he chose journalism.

“I really started to watch sport on TV and listen to it on the radio, but in a very critical way," he explained. “Like watching and listening to the TV presenters and being interested in how the programme was put together.”

With intentions of being a newspaper sports reporter, he got involved in the University of Warwick's student radio station and loved it. He picked up a postgraduate broadcast journalism diploma from Cardiff University, landed a gig at BBC Local Radio, and has worked his way up from there. His job has taken him to the Paralympics at London 2012, Rio 2016 and PyeongChang 2018, as well as the 2014 Commonwealth Games in Glasgow. He still covers football matches most Saturdays for the BBC.

On air, he appears calm. But behind the scenes can be a different story, and Stevenson accepted that he needs help.

“When I started reporting on football matches, I tried to be independent and do everything myself,” he said. “I’d drive to the stadium, carry my bags in and try to set up all the kit on my own. Inevitably, there would be cables I couldn't plug in, or I'd drop my pen and so I'd look around the press box to ask someone to help me.”

“I realised I was depending on the generosity and time of either strangers or colleagues who were busy with their own job,” he said. “It just got to a point where it was silly and I was trying to be too independent.

“Now taking an assistant with me enables me to focus on the task in hand and my performance on air. Regardless of whatever is going on in the background, I just have to focus on sounding my best on the radio or TV for that 30 seconds.” 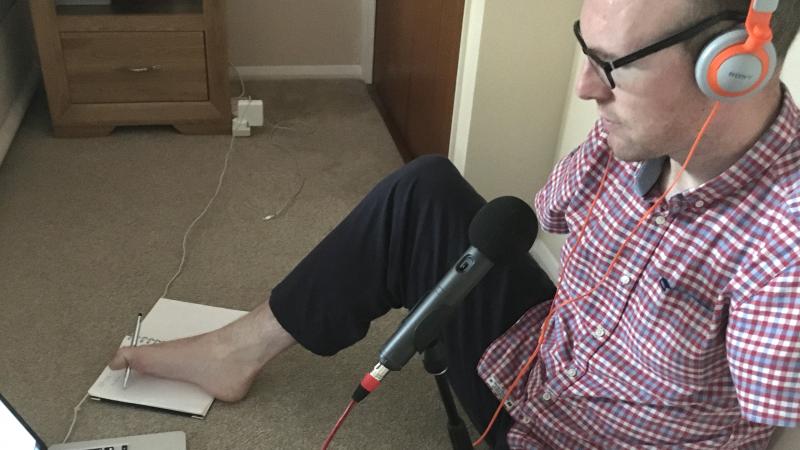 Luck was also an important factor.

“Naturally there are some disabled people who come into any industry – but let’s just talk about the media industry – who even if their job is primarily office-based, they will still need specialist equipment in order to do that job. Or they might need a support worker, as I do when I go on overseas trips or to football matches,” Stevenson explained.

“There is always the question of how this support work or equipment is being paid for? Who is paying for it? And it feels to me that broadcasters and production companies should have a pot of money available, where they can hire a disabled person and pro-actively say to that person, ‘What do you need?’. The equipment or support worker that the employee requires should ideally be ready and waiting from day one.

“I do worry that some disabled people might be overlooked for jobs because a company thinks ‘OK, if we were to hire 'x' person, we’d need to find the cash somewhere to buy them that 'y'.’”

“I think of myself, and I would hate for me to miss out on a job because an employer is worried about all the extra costs that might be incurred by hiring me,” he said. “I’ve been lucky. But I know it’s happened to other people.”