Keeping it in the family – Aigner twins join the dynasty 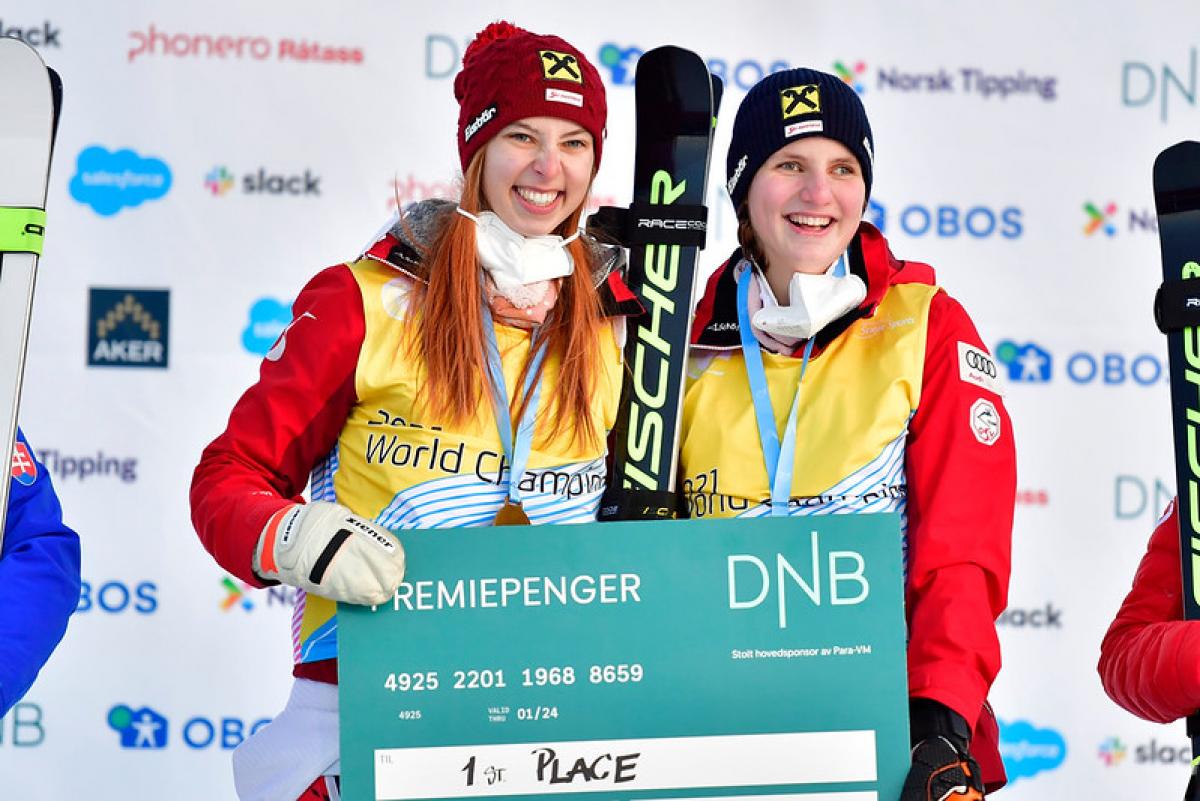 Johannes and Barbara Aigner were born to be skiers.

The vision-impaired Austrian twins, at 16 the youngest of the Aigner dynasty, are about to make their Paralympic Winter Games debuts as world champions.

Elder sibling Veronika is also competing at Beijing 2022 while the two oldest girls in the family do not have the same genetic condition which affects the others and mother Petra. When Veronika races, sister Elisabeth is her guide.

So, it runs in the family but what has taken everyone by surprise is the way ‘Hansi’ and ‘Babsi’ have exploded on to the world scene so quickly. Barbara shares that astonishment having won the giant slalom at Lillehammer in January with guide Klara Sykora.

Johannes and his guide, Matteo Fleischmann, won the men’s slalom and parallel vision impaired events and picked up silver in the super-G and giant slalom. 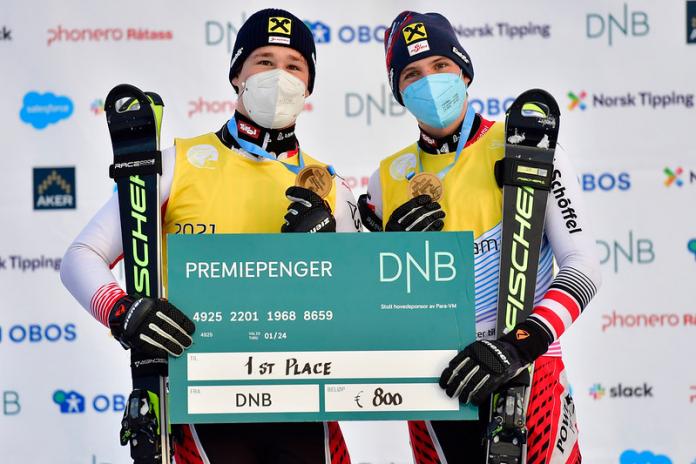 “I am always nervous when I watch Hansi compete because I want the best for him. I’m more nervous than when I am competing myself,” Barbara says.

“I know when he feels bad. We are close and we just know each other very well.  Our relationship is very good. We are always there for each other but our personalities are very different.”

“In reverse I am also tense,” says Johannes. “I’m not a guy who is often nervous but I am when I watch Babsi. There is nothing you can do except watch.

“I would describe Babsi as an animal-loving, warm-hearted person, very social. I am technical and interested in computers. We have about 50 chickens and she is always with them and she loves to take care of them and the rabbits.”

“I would say Hansi is a good and kind person and also a very technical person,” adds Babsi, who goes to school while her brother is at a training college.

“My favourite subjects are sport and art. I do my schooling online and my school friends like that I ski and are always crossing their fingers for me,” she says.

The youngsters will be putting lessons on hold while they are in Beijing and Babsi recognises that her exploits at Lillehammer have increased the attention levels of her rivals.

“Being world champion is awesome,” she said. “We did not expect that. I don’t think it is added pressure. It is a medal that no-one can take away from you. A year ago we didn’t even know that we were going to compete because we didn’t know if we were good enough to qualify.

“Now we are here and with a chance of a medal, which is crazy. One medal would be very cool but just enjoying my first Paralympics will be success. To go home with happy faces.”
Hansi has a similar wish despite his amazing haul in Lillehammer.

“The World Championships were awesome,” he said. “It was over my expectations. I hoped for a medal in slalom but tried the super-G and it was unbelievable. Now I go to Beijing and I am excited to try my best skiing there and see what happens.”

He is already making rivals sit up and take notice. He beat Paralympic champion Jakub Krako on the way to his parallel slalom success.

“After we raced Krako came to me and said it was an awesome run and that meant a lot to me.”

The final word goes to Hansi – what is it like to be the only boy with four sisters?

“It’s nice to have so many sisters because there are always people to talk to in the house. But sometimes a brother would be nice.” 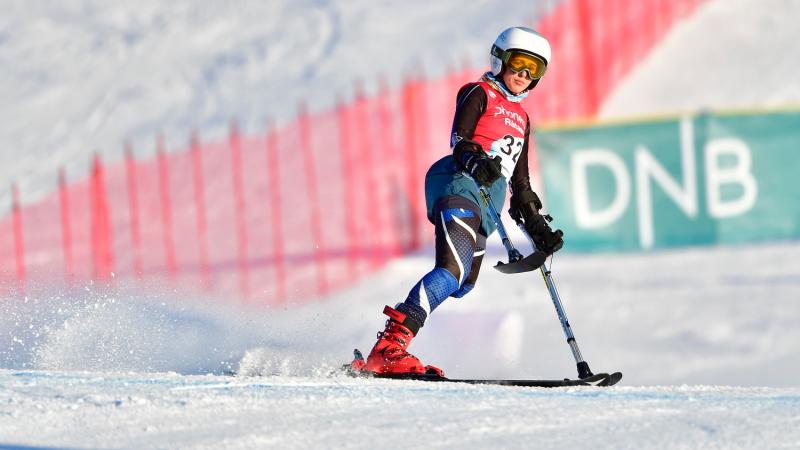 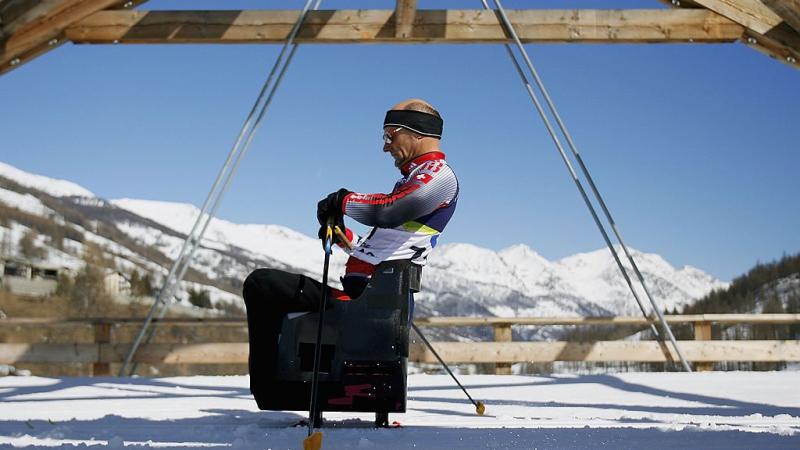 Beijing 2022
Summer or winter, Swiss legend Heinz Frei is master of all
Imagen 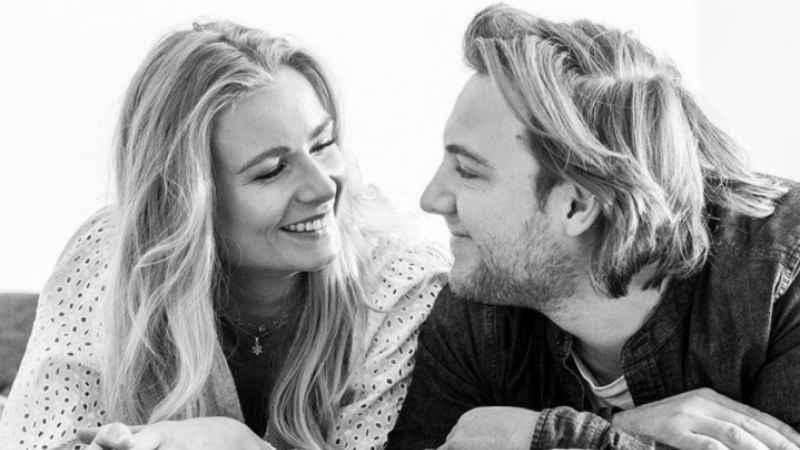