No. 15: Hawking calls for new age of enlightenment

The London 2012 Opening Ceremony set the tone for the Paralympics, in which audiences experienced and appreciated Paralympic sport for the first time. 17 Dec 2012
Imagen 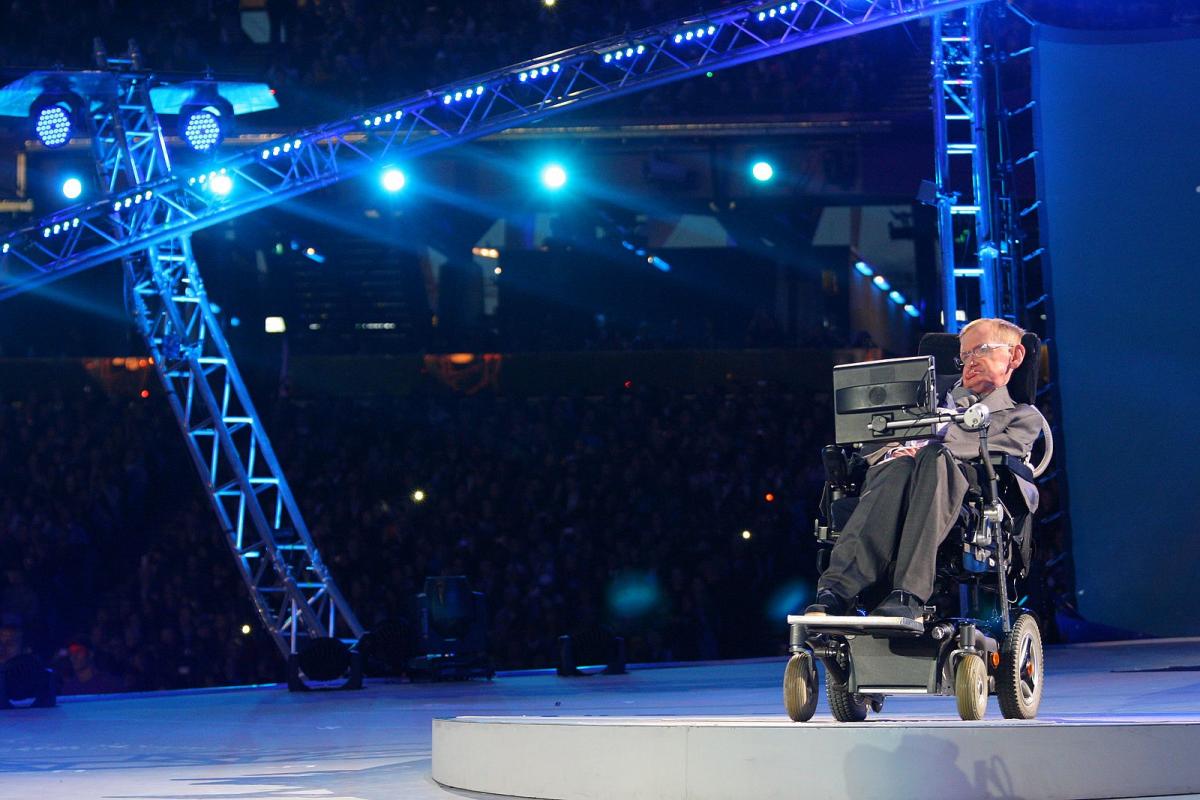 Hawking tells the world: "Look up to the stars, not down at your feet".

In a rare public appearance, internationally acclaimed and celebrated British scientist Professor Stephen Hawking inspired the world with a global message of hope and optimism at the Opening Ceremony of the London 2012 Paralympic Games.

Hawking, one of the most respected, innovative and original thinkers of our times, urged the world to be curious and to create a brave new and better world for everyone, by challenging perceptions and stereotypes that limit the potential of the human body, mind and spirit.

What he said struck a chord.

When @paralympic, the IPC’s official Twitter handle, quoted him during the ceremony, it received 1962 retweets.

“Professor Stephen Hawking tells us: "Look up at the stars and not at your feet."#openingceremony,” @paralympic tweeted.

“Try to make sense of what you see, and wonder about what makes the universe exist. Be curious,” Hawking continued.

What Hawking said seemed to echo the Zeitgeist of the Games. Later in the year, Google paid homage to “the curious” by recognising South Africa’s Oscar Pistorius, and his achievement of making it to the Olympic and Paralympic Games this year in their 2012 Google Zeitgeist film (http://youtu.be/xY_MUB8adEQ).

In the best traditions of quirky British humour, the ceremony also involved the world’s biggest apple bite in a tribute to Sir Isaac Newton. The massive collective crunch took place in the appropriately named Gravity section of the ceremony and involved more than 60,000 audience members simultaneously taking a bite from thousands of apples that were given on arrival at the ceremony. TV viewers were also asked to bite an apple at home at the appropriate moment.

Stephen Hawking’s final address provided a moving tribute to the athletes, who had been rapturously welcomed into the stadium earlier in the ceremony. He said: “The Paralympic Games is about transforming our perception of the world. We are all different, there is no such thing as a standard or run-of-the-mill human being, but we share the same human spirit.

“What is important is that we have the ability to create. This creativity can take many forms, from physical achievement to theoretical physics. However difficult life may seem there is always something you can do, and succeed at.

“The Games provide an opportunity for athletes to excel, to stretch themselves and become outstanding in their field. So let us together celebrate excellence, friendship, and respect.”

Then a short, emotionally charged film showed the journey of the Paralympic Torch to the Stadium and pyrotechnics in the colours of the Paralympic logo were set off around the Stadium roof. At the end of the film, Royal Marine Commando Joe Townsend – an aspiring Paralympic triathlete – emerged with the Torch at the top of the ArcelorMittal Orbit, just outside the Stadium, and descended on a zip wire onto the field of play.

Townsend handed the Torch to David Clarke, a visually impaired athlete competing in the British 5-a-side football team, who took the Flame towards the Cauldron.

He passed it to the final Torchbearer, Margaret Maughan, Britain’s first gold medallist at the first Paralympic Games at Rome 1960, who lit a single tiny flame within one of the copper petals of the cauldron, triggering the ignition of all the other petals to create one great Paralympic flame. 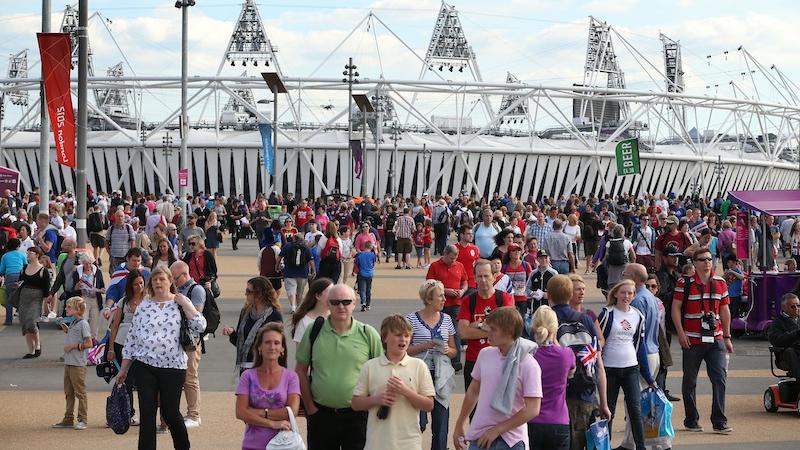 The world comes to London and celebrates in style