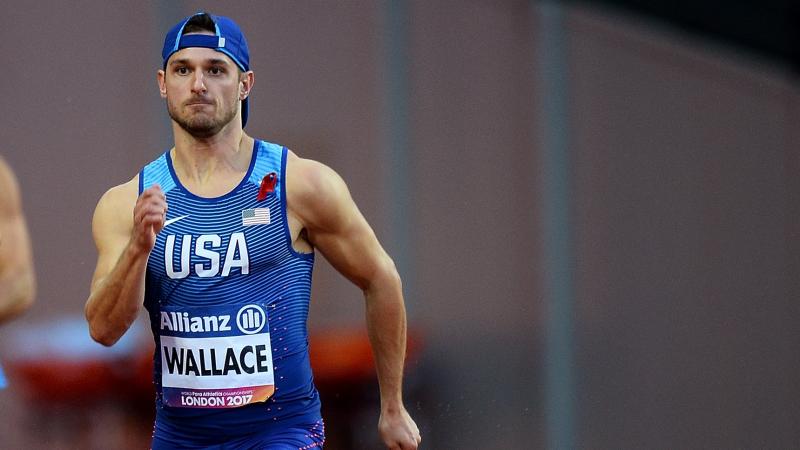 Wallace first broke onto the scene at the 2011 Parapan American Games in Guadalajara, Mexico, when he won the men’s 100m T44 in 11.31 seconds, a time that would have been good enough to win gold at the 2011 World Championships.

Apart from the fast time, what made Wallace’s performance so spectacular was that it came just 17 months after his lower right leg had been amputated due to compartment syndrome.

Before his diagnosis, Wallace was an accomplished 800m runner and had been offered a scholarship to race for the University of Georgia.

At the 2013 World Championships in Lyon, France, he came of age winning two gold medals and smashing three world records. For his achievements, he was named Male Para athlete of the Year by USA Track & Field.

On his way to gold in the 200m T44, the Athens-born native smashed the world record both in qualifying and in the final, lowering the time to 22.08.

Alongside teammates Jerome Singleton, Richard Browne and Blake Leeper, Wallace was part of the 4x100m T42-46 relay team that also won gold and smashed the world record in a blistering 40.73.

At the Parapan Am Games in 2015, Wallace made his mark once again, this time in the men’s 100m T44, where he smashed the world record previously held by Browne to take gold in Canada in a time of 10.71.

Browne had been absent from the Parapan Am Games due to the birth of his son, but the World Championships in Doha, Qatar, two months later promised to be a thriller.

However, shortly before the Championships began Wallace withdrew; Browne took the tape and the 100m crown, breaking Wallace’s world record in the process.

In 2016 Wallace was back and seemingly ready challenge the likes of Browne and Great Britain’s Paralympic champion Jonnie Peacock for the top spot in Rio.

Throughout the year the American had been in superb form, consistently clocking under 11 seconds. However, at the Rio 2016 Paralympics he ran 11.16, one of his slowest times of the year, to finish fifth in the 100m T44 final. To add to his misery, Wallace and his teammates were disqualified from the men’s sprint relay.

Despite arriving at his second Paralympics as a strong favourite for 100m T44 gold, Wallace failed to medal. 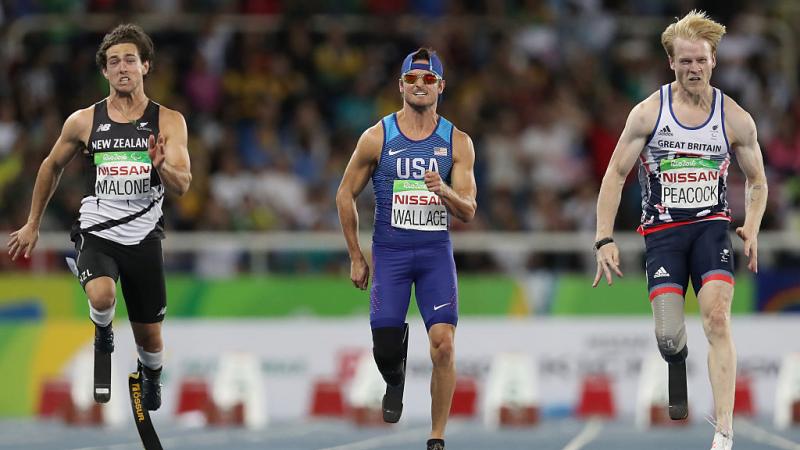 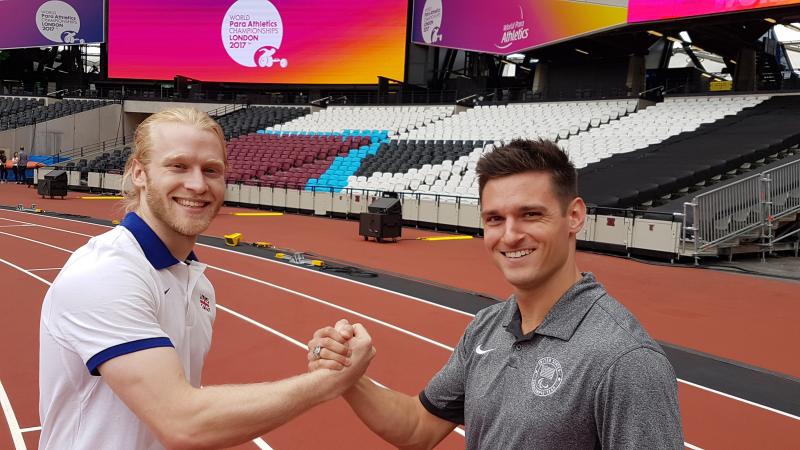 When and where did you begin this sport?
Before his leg was amputated, he competed in athletics and gained admittance to the University of Georgia in Athens, GA, United States of America on an athletics scholarship. Twelve weeks after his amputation in 2010, he bought a running blade online and took up Para athletics.
Why this sport?
He was an 800m and 1600m high school athletics state champion and, after his amputation, he looked at the world record lists for Para athletics and told his parents that he wanted his name to be on those lists. "I did it [the amputation] to be pain-free, but along with being pain-free I decided to set big goals and do things that hadn't been done before. I came across the world-record list and said 'I want to be on this list. I want to be the fastest amputee that's ever lived'."
Club / Team
Atlanta Track Club: United States
Name of coach
Petros Kyprianou [personal], Althea Thomas [personal]
Training Regime
In 2020 he focused on weight training to add power to his sprinting to strike a balance between working himself too hard and not doing enough during the COVID-19 pandemic. "I can choose to wake up in the morning and put more pressure on myself, or I can choose to learn from where I've been and decide to move forward. Not having that extra pressure can literally be the difference between being on the podium and being in the back of the pack. I think the differentiator between good Olympians or Paralympians and the greats are the ones who are able to adapt."

Most influential person in career
His father, Jeff, and University of Georgia strength coach Josh Rucci. (paralympic.org, 23 Aug 2015)
Sporting philosophy / motto
"Never settle. Always push. Diligently study. Perpetually learn. Execute accordingly." (Twitter profile, 13 Feb 2021)
Awards and honours
He was named in the 40 Under 40 Class of 2020 by the University of Georgia Alumni Association for his athletic performance and his work as a project director with Xiborg, a running blade company. (news.uga.edu, 16 Jul 2020)

In 2012 he received the Athletic Association Inspiration Award from the University of Georgia. (worldoncampus.com, 08 Aug 2012)
Other sports
At age 12 he competed at the wakeboarding national championships for his youth age group, finishing eighth. (usmagazine.com, 15 Sep 2016)
Famous relatives
His father Jeff has coached the tennis team at University of Georgia. His mother Sabina competed in athletics for University of Georgia and was named in the All-Southeastern Conference [SEC] team. (redandblack.com, 26 Jul 2020; global.toyota, 22 Mar 2019; gloryinthegame.com, 01 Jun 2011)
Ambitions
To win a medal at the 2020 Paralympic Games in Tokyo. (teamusa.org, 25 Aug 2020; runnersworld.com, 03 Apr 2020; global.toyota, 22 Mar 2019)
Impairment
In 2007 he was diagnosed with compartment syndrome, a condition in which blood vessels and nerves are compressed, causing high pressure to build up in the muscles. Having undergone ten operations, and having lost about 60% of the muscle in his right leg from the knee down, the leg was amputated below the knee in June 2010, when he was in his junior year at University of Georgia. (teamusa.org, 25 Aug 2020; global.toyota, 22 Mar 2019; gloryinthegame.com, 01 Jun 2011; onlineathens.com, 18 Aug 2010)
Other information
NINJA WARRIOR
In 2019 he featured on the US television show 'American Ninja Warrior', where participants race to complete obstacle courses. "One of the producers reached out to me when they had decided they were going to be filming in Atlanta and asked if I would be interested in competing on the show. I had never been in a ninja gym before, but I knew the show and was a big fan, so I thought it would be a really cool opportunity to share my story and represent US Paralympics as well." (teamusa.org, 05 Jun 2019)

OTHER ACTIVITIES
He has worked as an executive producer on a documentary named 'Race to Tokyo', which followed his preparations and those of Japanese Para sprinter Keita Sato for the 2020 Paralympic Games in Tokyo. He has also worked as a motivational speaker and as a project director for Xiborg, a Japanese prosthetic blade company. "We can't control the circumstances that happen to us, but we can control how we respond to them. I help people realise that adversity is relative. We all have unexpected things happen in our life, and it's OK to not be OK.” (LinkedIn profile, 01 Dec 2020; redandblack.com, 26 Jul 2020; Race to Tokyo Facebook page, 04 Sep 2019) 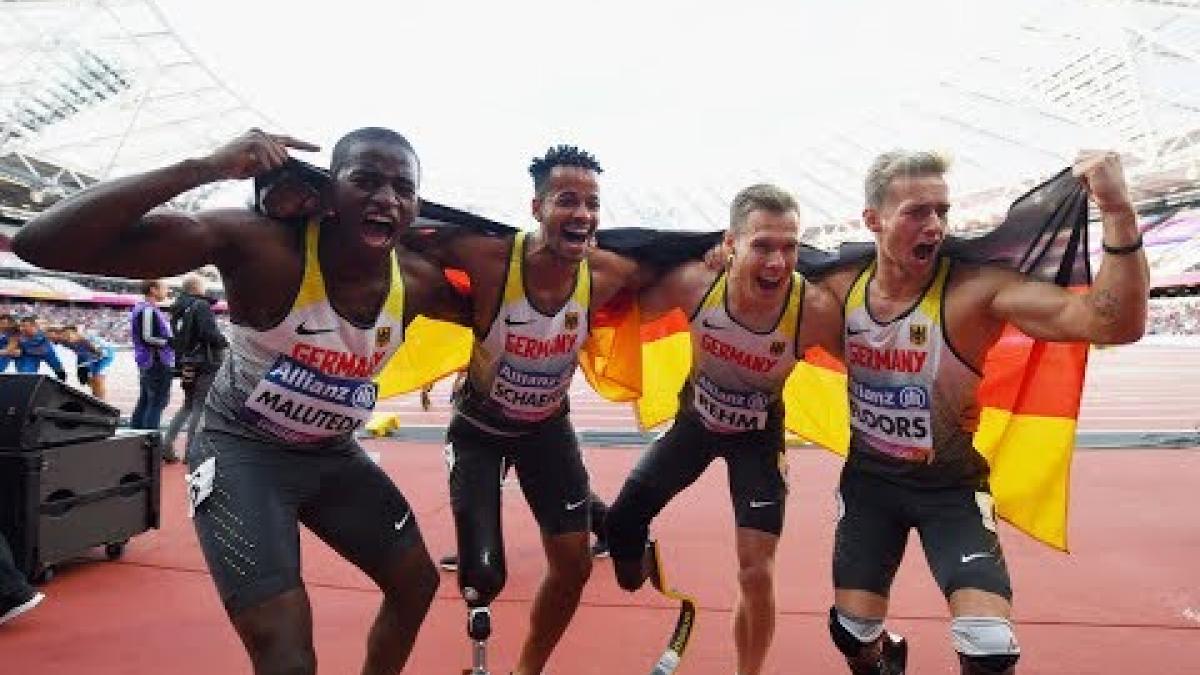 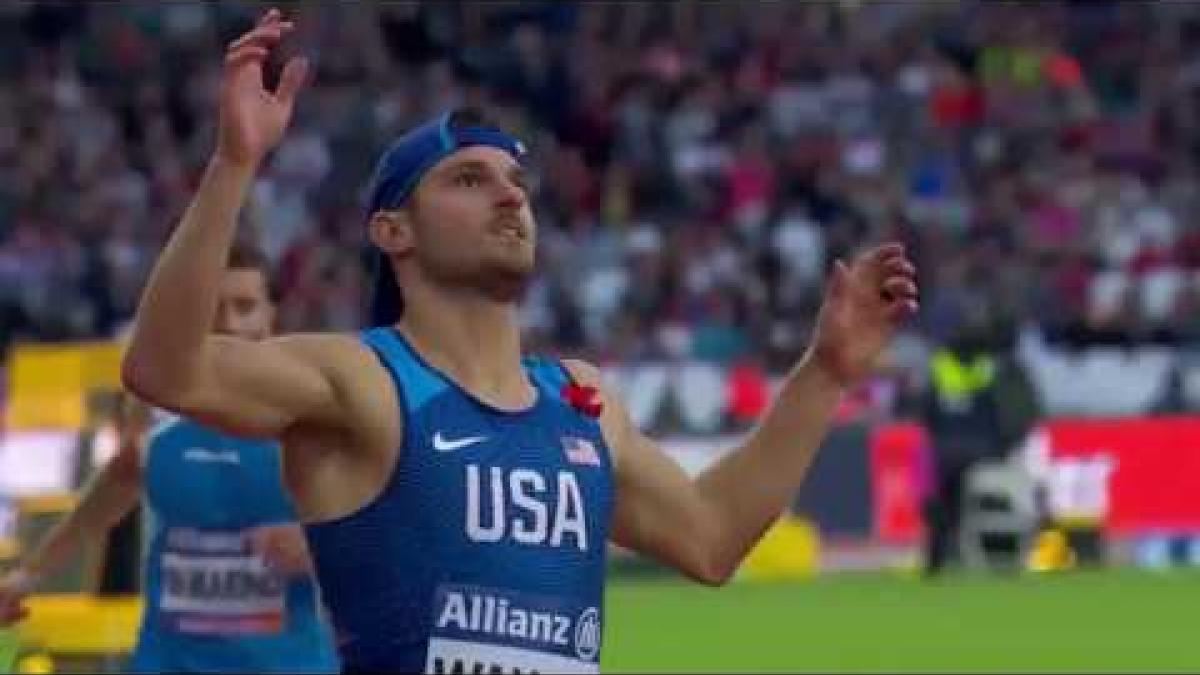 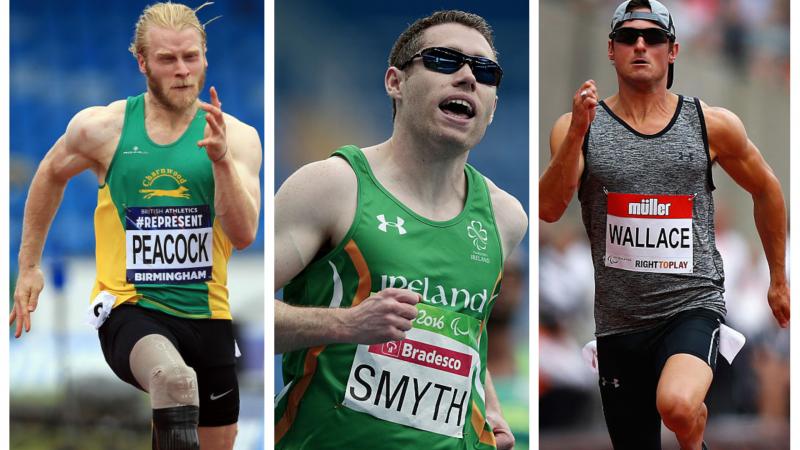 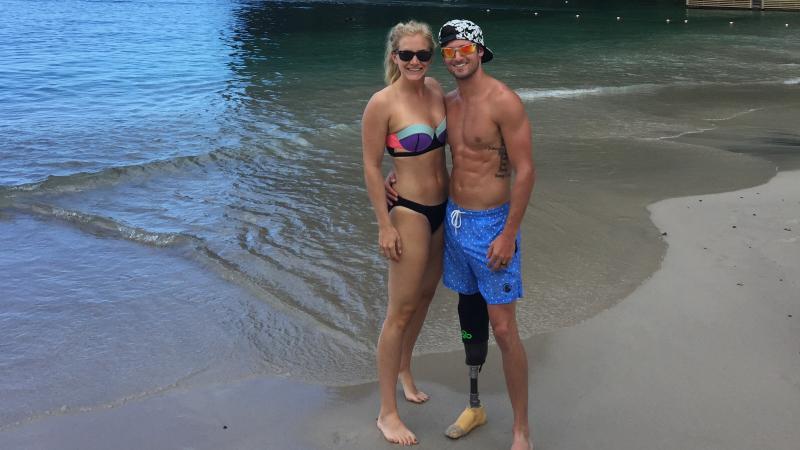