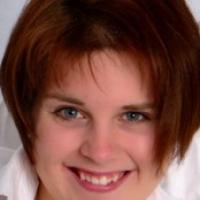 When and where did you begin this sport?
She began training and competing in the sport in 2010.
Why this sport?
She was playing wheelchair basketball at an adaptive sports tournament in Houston, TX, United States of America, when her final match was cancelled. The event also had an air rifle competition, where the winner would get the opportunity to attend a training camp at the US Olympic and Paralympic Training Center in Colorado Springs, Colorado. She entered and won, and decided to pursue the sport. "I was a hardcore wheelchair basketball player. When my last game was cancelled, I met a lady in the women's restroom. She happened to be with the NRA [National Rifle Association]. I started talking about growing up, that I used to hunt, I knew how to shoot. She was like, 'Okay, well, why don't you try this [shooting] match?' I blew everybody away with it."
Handedness
Right

Nicknames
Jaz (ammoland.com, 05 Nov 2015)
Hobbies
Playing wheelchair sports, spending time with family. (galleryforgreatguns.com, 12 Jul 2021)
Memorable sporting achievement
Competing at the 2016 Paralympic Games in Rio de Janeiro. (Angel City Sports YouTube channel, 30 Jul 2021)
Most influential person in career
Her family. (Angel City Sports YouTube channel, 30 Jul 2021)
Sporting philosophy / motto
"My disability has taught me that there's a whole new side of things, there's a whole different side of your life. Don't be afraid to try new things." (Angel City Sports YouTube channel, 30 Jul 2021)
Ambitions
To compete at the 2024 Paralympic Games in Paris. (Facebook page, 16 Jun 2022)
Impairment
She has paralysis in her lower back as the result of progressive myelopathy [compression of the spinal cord] after she was bitten on the hip by a brown recluse spider in her senior year of high school. The condition also affects her hands and arms. "I didn't even realise I was bitten until doctors told me later. With brown recluse spiders, it just necrotises the skin around the bite, and then what happened with me, because I was overweight at the time, it necrotised in instead of out. All you saw was this little red spot, but when they opened it out because it got infected, it looked like a bomb had gone off inside my body, it was almost all the way to the bone. I started having the neurological symptoms of my disability - losing some balance, motor function in my legs, fatigue. At the end, the doctors think it was something that set off an immune response." (Angel City Sports YouTube channel, 30 Jul 2021; usashooting.org, 15 Dec 2015)
Other information
STOLEN WHEELCHAIR
In March 2021 her custom-made wheelchair was stolen from her driveway in Cypress, TX, United States of America. A few weeks later the police found the perpetrator and returned the wheelchair to her. A community fundraiser was also set up to replace her stolen wheelchair. "[The perpetrator] confessed, basically he stated it was an accident, that he thought it was scrap metal. I shoot from that chair. The problem is that I can't go anywhere in the chairs that I'm in. I can't get into my house, I can't get to the bathroom. So what I'm going to do is take one of my chairs that I had previously, improve it, change the wheels and tires, and donate it back into the community. If you think about it, it got a lot of exposure for Paralympic sports in general because it was on the news." (Angel City Sports YouTube channel, 30 Jul 2021; click2houston.com, 12 Jul 2021, 04 Mar 2021; houstonchronicle.com, 06 Mar 2021; abc13.com, 06 Mar 2021)

MOTHERHOOD
She returned to training two weeks after giving birth to her first child, Rebekah, in 2015 to pursue competing at the 2016 Paralympic Games in Rio de Janeiro. "I got pregnant the final year before the [2016] Games. [My husband and I] had been trying for about nine years at that point. My coach was like, 'Yay, you're pregnant but are you kidding? This is the wrong time to get pregnant'. So I came back to training two weeks later [after giving birth]. Two months later, I qualified for the 2016 Games, and two months after that I got to go to Rio. That whole year in itself was an amazing thing." (Angel City Sports YouTube channel, 30 Jul 2021)

COACHING
She has worked as a rifle coach for the Houston Parks and Recreation Department in Texas, United States of America. (Facebook profile, 16 Jun 2022)