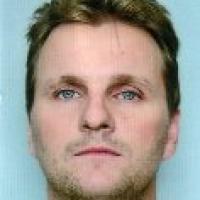 When and where did you begin this sport?
He began skiing at age four and competed as an able-bodied skier. He returned to the sport after the rehabilitation that followed his 1988 accident. "I was quite a good skier, which made it easier to pick up after my accident."
Why this sport?
"After my accident, I was told about elite para-skiing by a ski monitor who taught other skiers with disabilities. That's how I got into it. It was 1990 then and I had no idea it existed at an elite level beforehand. It was really thanks to the Paralympic Games in Albertville in 1992 that it began to become more recognised."
Club / Team
Club Handisport Bassin Albertvillois: Albertville, FRA

Injuries
He injured his shoulder in April 2011. (albertvillehandisport.webnode.fr, 29 Apr 2011)
Sporting philosophy / motto
"It's all about training, and not looking too far ahead. The main objective should be to enjoy skiing, not focus too much on results and rankings. Surround yourself with good people and don't listen too much to what the rest of the world says, for there are people with good intentions and plenty with less good intentions." (sport-avenir.com, 2011)
Awards and honours
He was captain and flag bearer for the French team at the 2010 Paralympic Winter Games in Vancouver. (reussirmavie.net, 01 Mar 2010)
Impairment
A motorcycle accident in 1988 resulted in paralysis in his left arm. (sport-avenir.com, 2011)
Other information
MONITOR
He is a ski monitor at the Ecole du Ski Francais at Belle Plagne. (esf-belleplagne.com, 01 Jan 2013)