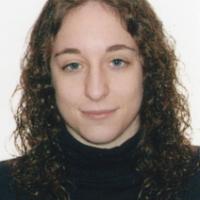 When and where did you begin this sport?
She began lifting weights at age 11. She took up powerlifting at age 18 in Losar de la Vera, Spain.
Why this sport?
She wanted to be able to take care of herself and be independent. She realised to do this she needed strength, so she started lifting weights. Some time later she went to a competition in Madrid, Spain, where she met Spanish powerlifting coach Lodario Ramon. "The sport makes me feel strong."
Name of coach
Oscar Sanchez Mora [personal]

She sustained an injury to her right arm two weeks ahead of the 2012 Paralympic Games. She focused on rehabilitation and recovered in time to compete at the event in London. (orbitanavalmoral.com, 01 May 2018)
Sporting philosophy / motto
"If you fight for what you want, you will make reality better than your dreams." (Athlete, 05 Apr 2017)
Awards and honours
In 2020 she was one of six winners of the Iberdrola SuperA Inclusion Award for her initiative to help integrate women with an impairment into sport. (hoy.es, 26 Nov 2020)

She has received the Juan Palau Award for Best Sportsperson from the Spanish Adapted Sports Federation [FEDDF]. (Facebook profile, 16 Nov 2015)
Other sports
She has competed at international able-bodied powerlifting competitions. She placed first in the -52kg category at the 2016 European Championships in Alhaurin de la Torre, Spain. (practicodeporte.com, 22 May 2017)
Milestones
She became the first female powerlifter to represent Spain at the Paralympic Games when she competed at the 2008 Games in Beijing. (SportsDeskOnline, 23 May 2019; elmundo.es, 11 Sep 2008)
Ambitions
To win a medal at the 2020 Paralympic Games in Tokyo, and to pursue a career as an actress. (tokyo2020.org, 07 May 2020)
Impairment
She has paraplegia as the result of the effects of transverse myelitis [spinal cord infection], which she contracted at age 11. (Athlete, 12 Jul 2019; elmundo.es, 11 Sep 2008)
Other information
TRAINING ABROAD
In 2014 she accepted an invitation from Mexican Para powerlifter Amalia Perez to train alongside her in Mexico, under the guidance of coach Enrique Alvarado. She returned to Spain the following year. "I learnt muscle strength exercises that I didn't know I could do because of my impairment. In those four months I felt like an elite athlete." (practicodeporte.com, 22 May 2017; avancedeportivo.es, 24 Feb 2016; loidazabala.com, 01 Dec 2015)

DOCUMENTARY
Her daily life was the subject of a Spanish film documentary named 'Fuerza' [Force], directed by Carla Alonso. "Making this documentary has been a turning point in my life. I learnt a lot from the director and it has pushed me to keep on learning so much that I even took up acting studies. I have the dream of becoming an actress. My favourite part of starring the documentary was the lecture I gave at the Nino Jesus Hospital in Madrid, to children who were undergoing treatment such as chemotherapy. It was really special to be able to share my message with them. The main message I would like to share with the film is that there are no limits to achieving goals, no matter if you can walk or not. Sometimes we stop to fight for our goals because we think that they are impossible to achieve, but if you are very passionate about something, you work hard and enjoy the work you will get them for sure." (patrocinaundeportista.com, 30 Nov 2018; marca.com, 01 Jun 2018; tokyo2020.org, 07 May 2020)