All to play for in Wheelchair Curling 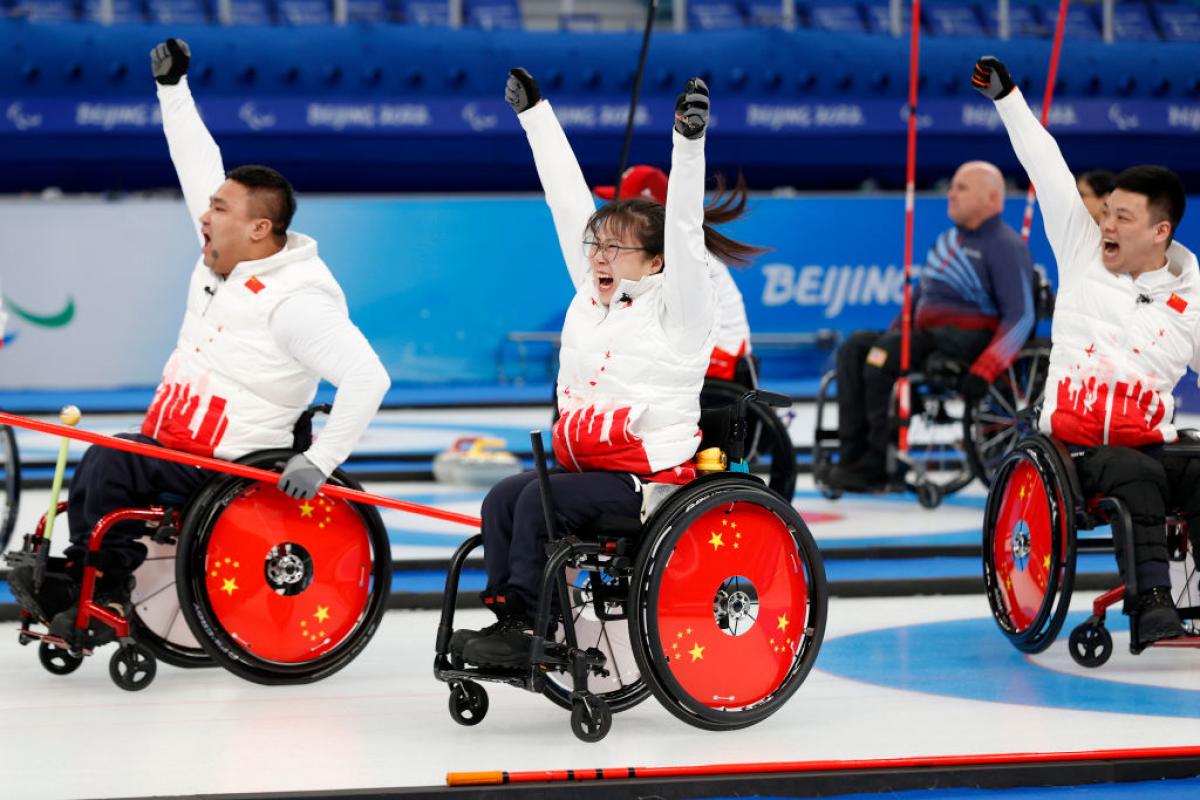 Defending champions China are amongst a raft of teams vying for a place in the semi-finals.
ⒸGetty Images
By World Curling

It is all to play for on the final day of round robin in Wheelchair Curling at Beijing 2022 following Wednesday’s (9 March) action.

The Swedes led the standings heading into their first game of the day against Norway.

Sweden scored a single in the second after a precise draw by their skip Viljo Pettersson-Dahl.

In the fourth, Sweden scored two right back to tie the game at 3-3 at half time.

In the fifth end, Norway’s Syversen missed his last take-out attempt, giving up a steal of two and giving Sweden a 5-3 lead.

In the sixth, Sweden’s Pettersson-Dahl made an amazing triple take-out with his last stone, forcing Norway’s Syversen to draw for one, facing three Swedish stones. The Norwegian skip came up light with his attempt, giving up a steal of one.

Norway narrowed the gap to two points after taking one in the seventh.

In the eighth, Norway set themselves up for a steal of multiple points, and Pettersson-Dahl was facing three Norwegian counters before his double take-out attempt with his last.

He could remove only one of them, gave up a steal of two, and put the game to an extra end.

In that extra end, Sweden eventually scored two and won the game, 8-6.

After their extra-end win, Pettersson-Dahl said, “It was a little bit stressful, of course. It’s always a little bit nervous at the end of the games, and it was a close one.” 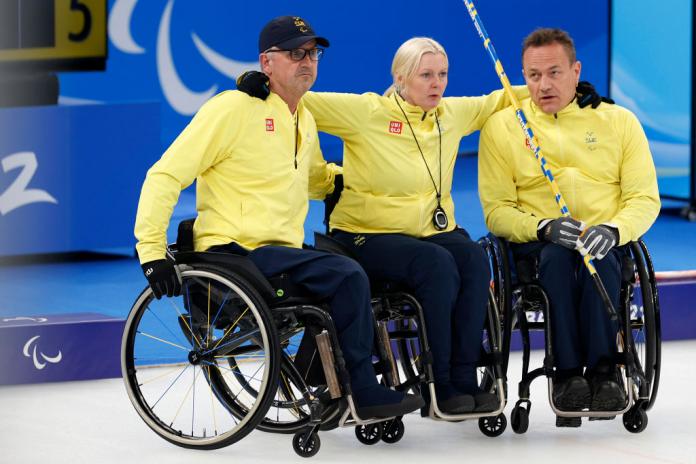 Sweden are still holding their position as one of the group leaders. Ⓒ Getty Images

Talking about the key moments of the game, he added, “Maybe the triple take-out in the seventh was one of the key moments, because they pressured us in that end. And even one end when I made a double, so they couldn’t go for two.”

Speaking about his feelings about their performance so far, he said, “Amazing. We played quite good so far, so we just hope we can keep up and stay focused.”

In their second game of the day however, Sweden lost to Slovakia in a narrow 6-5 result for only their second loss of the competition.

They will play South Korea and the USA on Thursday.

Prior to their first game of the day, defending champions China and Slovakia shared second place on the standings with four wins and two losses.

Slovakia stole one point in the first end when Chinese skip Wang Haitao could not remove both Slovak counters with his double take-out attempt.

In the second end, China got on the board with two points, then they forced Slovakia to take a single in the third.

Going into the fourth end, the teams were tied at 2-2. After an excellent draw by Slovak fourth player Peter Zatko to sit shot stone behind cover, Wang attempted a difficult double take-out.

He was not successful with it, and China gave up a single.

After the break, China came out strong, and scored three points in the fifth end to re-take the lead at 5-3.

In the sixth, China stole another two points when Zatko’s take-out attempt didn’t work out.

In the seventh, Slovakia scored two back, narrowing the gap to two points before the eighth end.

In that eighth end, Slovakia could not set themselves up for a score of two to tie the game, and China did not need to throw their final stone. The reigning Paralympic champions eventually won by 7-5.

After the game, China’s second, Zhang Mingliang said, “I think we have played the game quite well, we did not rush. Actually, I think we made our shots and controlled the time quite well.”

Speaking about their upcoming round-robin games, he added “I think the most important is that we should have a smooth mentality and we should still take the following games seriously.”

China played Norway later in the day, beating them 7-4 to strengthen their position on the leaderboard.

Canada still in the running

With the score 4-3 in Canada’s favour after four ends in their game against debutants Estonia, the former played a draw to the button for a 5-3 lead.

The Canadians ran away with the game after the sixth and seventh game with steals of two in each. They went on to win 9-3, to claim their sixth win of the round robin and take third place in the standings.

“I think we just stuck to our process,” said Canada’s Jon Thurston. “The losses, there were a lot of good things we were still doing. The other teams were playing well, they made a couple of shots to get themselves into some ends that we had setting up. Unfortunately we didn’t get the results we want in those games, but we just stuck with it.”

“Everything that we’ve been working really hard at this year and previous years, so we just stuck to the process and got the outcomes we were looking for today.” 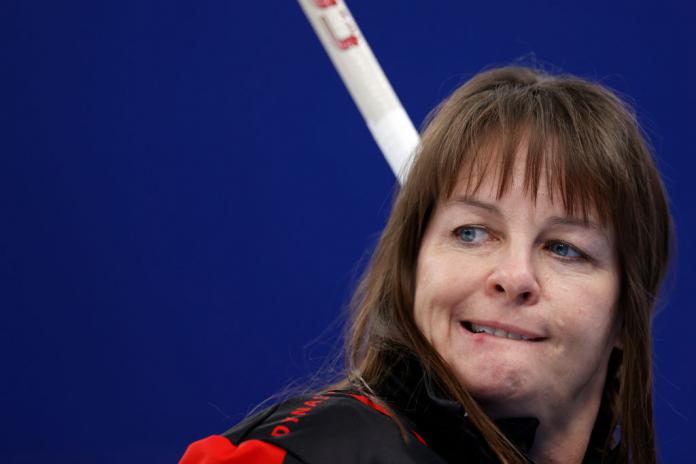 Ina Forrest continues to be at the centre of the Canadian team. Ⓒ Getty Images 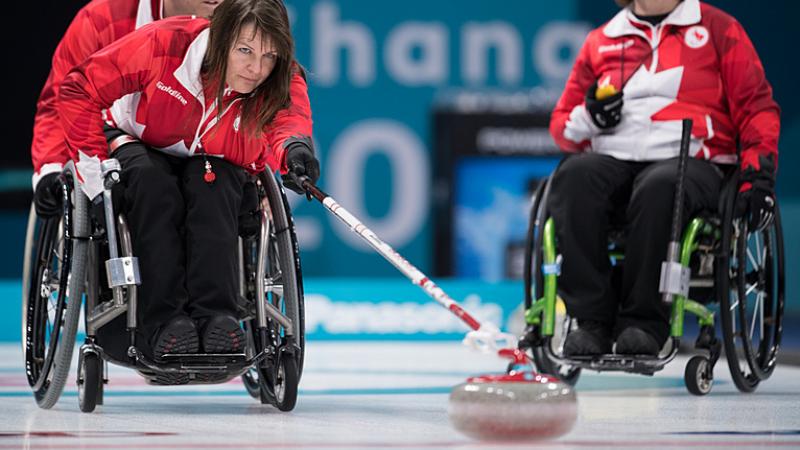 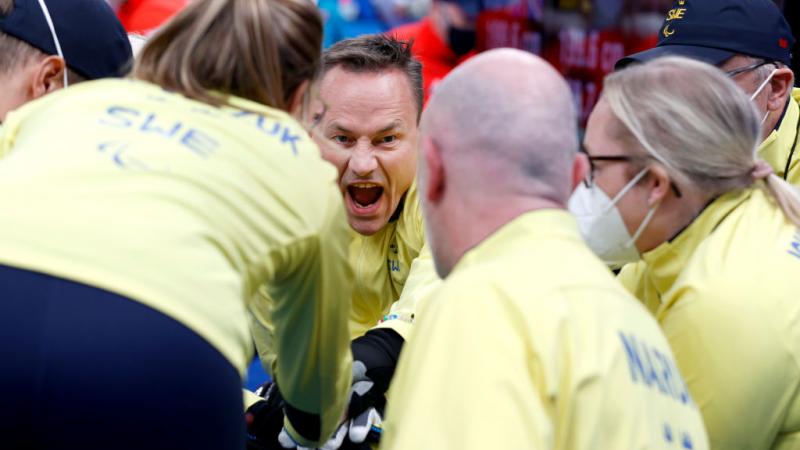 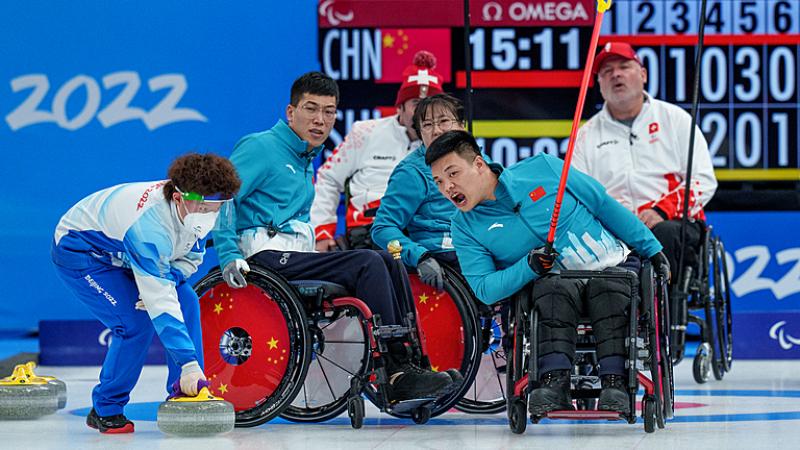 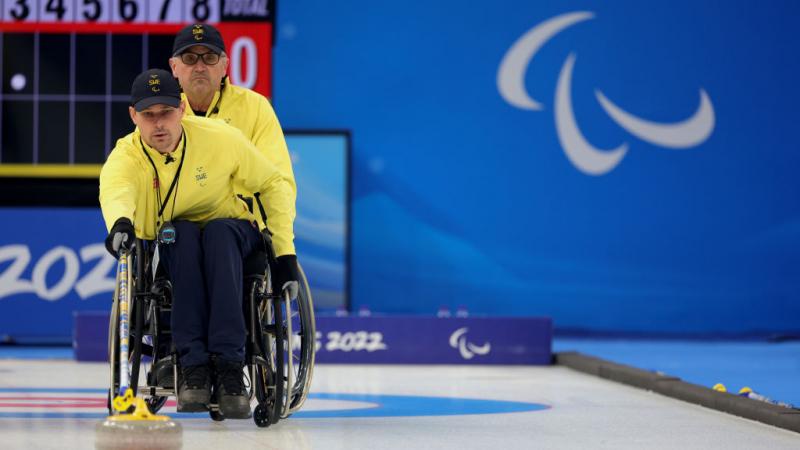