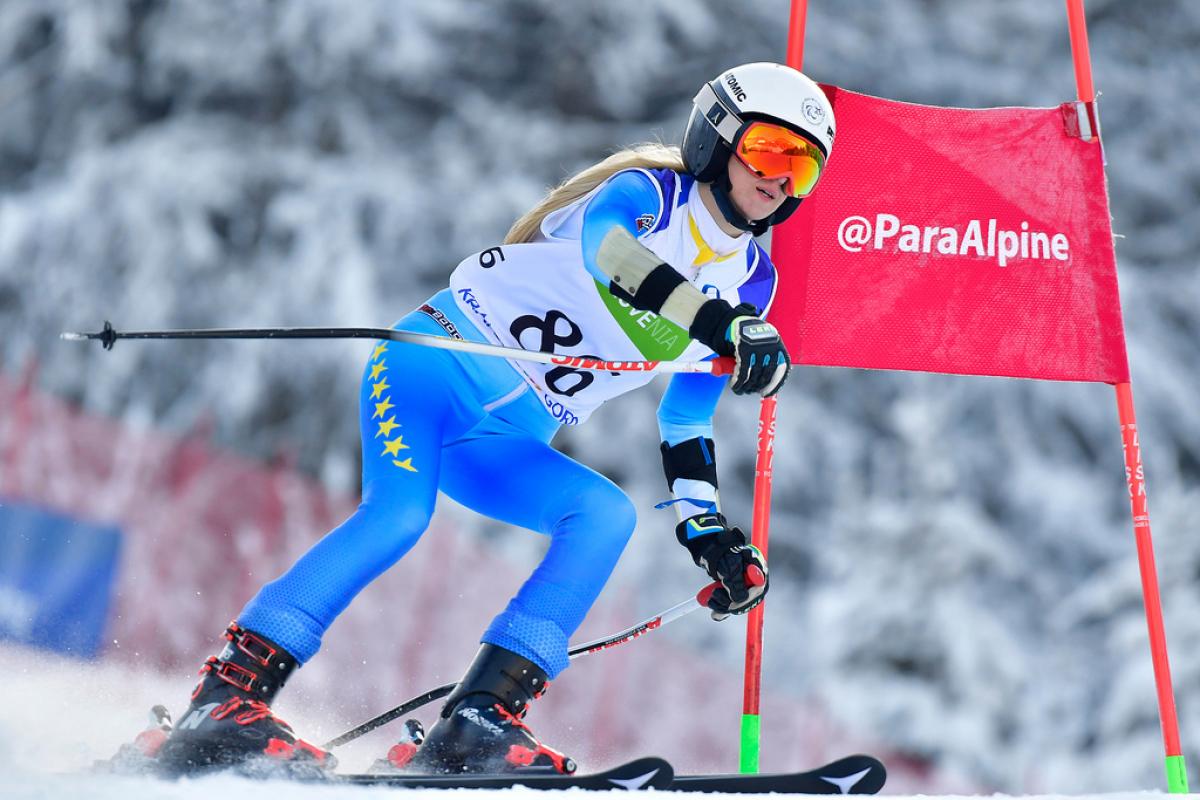 Bosnia and Herzegovina’s first and only female Paralympic alpine skier, Ilma Kazazic, found out only two days before the 2019 World Para Alpine Skiing Championships that she would compete at the event.

Five days later she left Kranjska Gora with the best result of her career, and she hopes her results will inspire the next generation of Para athletes back home.

Kazazic competes in the women’s standing class and is the only woman to compete internationally for Bosnia and Herzegovina in Para alpine skiing.

The small country of 3.5 million people has very few athletes in the sport, and Kazazic was the only one to represent it at the 2019 World Para Alpine Skiing Championships, which are being held in Kranjska Gora, Slovenia and Sella Nevea, Italy from 21 January to 1 February.

“I’m the only female in the history of Bosnia and Herzegovina in Paralympic skiing,” the 20-year-old said. “We also have two or three female competitors, but I’m only one who is actually competing at as many races as possible.”

The late call up to compete at the 2019 Worlds shook up Kazazic’s nerves, but the skier decided to take the plunge and race in her two signature events.

Taking on the challenging FIS World Cup course in Kranjska Gora, Kazazic reached her personal best when she finished eighth in the giant slalom. She was unable to finish this race two years ago at the World Championships in Tarvisio, Italy.

“It’s my best result ever,” Kazazic said. “I’m so happy because I finished my GS race and I can feel my improvement through these years and I hope it will get better and better before the next World Championships and, of course, the Paralympic Games.”

Kazazic also looked good in the first run of the women’s standing slalom but struggled in the second and could not finish.

Because her results are not at the top of the world standings, Kazazic has to rely on private financial support from her ski club and father to continue skiing. Despite these difficulties, she continues to pursue the sport driven by her passion.

“I try my best to do my training as often as I can, however, it’s a little bit difficult in our country because of the financial situation,” she said. “But I really love this sport. Love connects me to it. I enjoy hanging out with people, meeting new people, skiing, racing, and just enjoying the snow and sun.”

As one of the few Para alpine skiers in her country, Kazazic’s main career target is to bring Para sports more into the spotlight.

“My goal is to attract more young people to come into sports, never mind if it’s alpine skiing or basketball or volleyball,” she said. “I just want people with disabilities not to stay at home and sit and only watch TV. I want to inspire them to enjoy their lives and try different sports.”

Kazazic was initially brought into the sport by her father’s friend, Senad Turkovic, who was a physical education professor and fellow Para alpine skier.

Turkovic competed for Bosnia and Herzegovina at the Sochi 2014 Paralympic Games, but passed away in 2016, two years before Kazazic went to compete at the most recent Winter Paralympics in PyeongChang, South Korea.

Like his student, Turkovic competed in slalom and giant slalom, and Kazazic said she still thinks of her teacher before every race.

“I’m so sad because he is not with us anymore,” Kazazic said. “He’s always in my mind when I’m skiing. When I race, every race is for him.”