Amy Truesdale: The best moment of my career 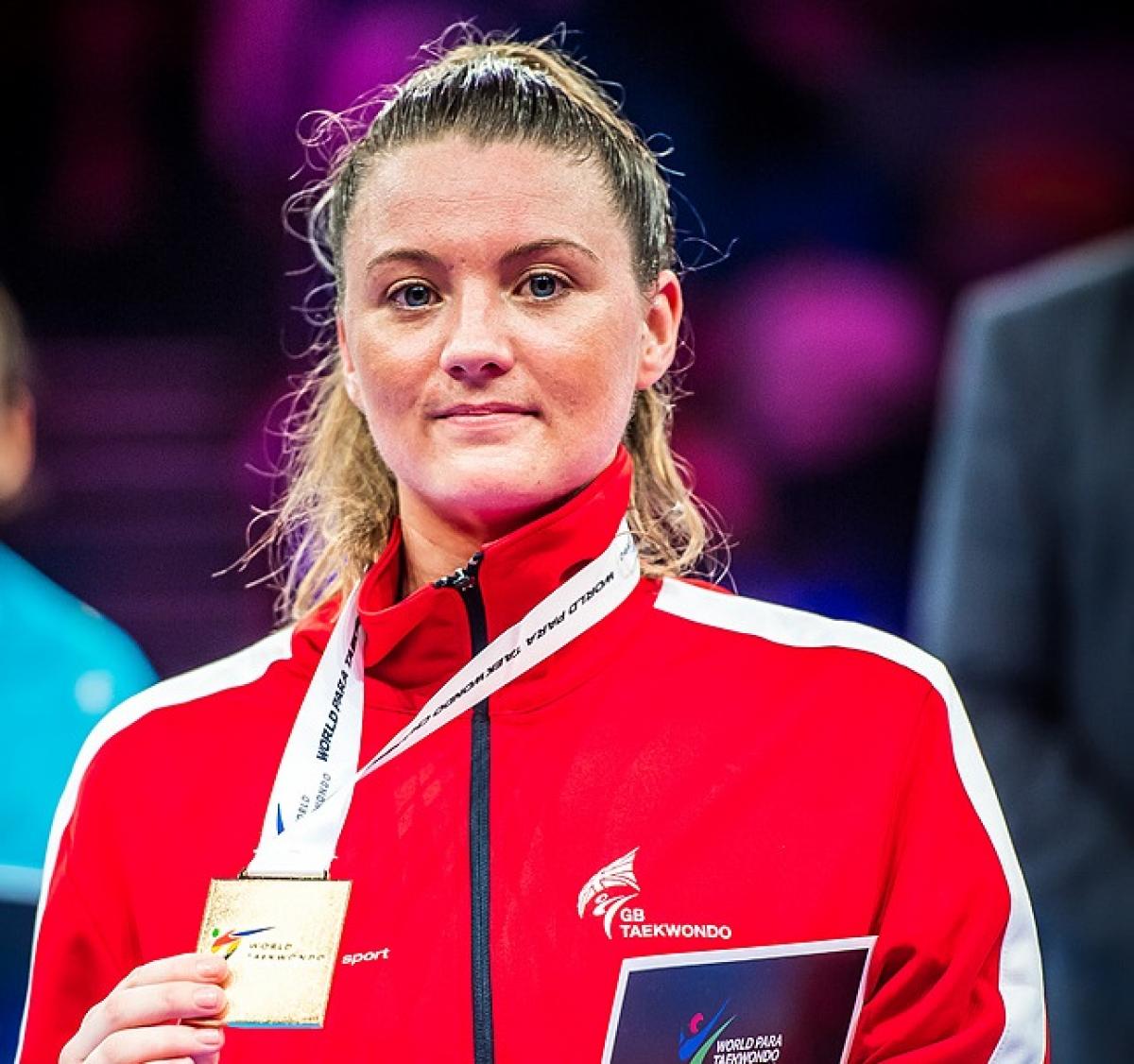 ⒸWorld Taekwondo
By Andrew Cross | For the IPC

“I’m absolutely made up! This gold medal has got to be the best of my career. It’s definitely got to be the most memorable one in my favourite competition.”

It has been a week since Great Britain’s Amy Truesdale thrilled her home crowd by winning the women’s +58kg K44 at the London 2017 Para Taekwondo World Championships, and for the 28-year-old fighter it was a moment to savour.

“I’m absolutely made up! This gold medal has got to be the best of my career. It’s definitely got to be the most memorable one in my favourite competition,” said Truesdale.

Truesdale was 17-3 up in the gold medal-combat against Morocco’s Rajae Akermach before her rival was forced to retire due to injury. But the British fighter was backed all the way by a lively London crowd.

Truesdale only conceded eight points during her three combats as she made her way to the title. Her resilience in defence came from all the hours of work she puts in with her coach Andrew Deer at the British Taekwondo Headquarters in Manchester, where Olympic champion Jade Jones practices as well.

“My coach and I have a really good relationship. The training we’ve got in place is very specific to what is needed in Para taekwondo, so what we had in mind with my game plan paid off on the day,” said Truesdale.

“I’ve been training with Team GB for a while now and I go up to Manchester about three times a week and work with the Olympic team. It is really enjoyable and I get to train with the best people in the world and use their facilities. I’m really lucky to be in that environment.”

The record books show that Truesdale now has two World titles, however she sees London 2017 as her first true gold medal.

“In 2014, I actually lost the final and received a silver medal, but the girl I was fighting was not supposed to be in my group. So by default I was classed as world champion but I actually got silver,” she explained. “In my opinion, this is the first time I’ll be world champion.”