Project implemented by Agitos Foundation uses Para sports as tool for social inclusion It has impacted five countries, has extended to three more and plans to continue expanding throughout the region 12 Jun 2020
Imagen 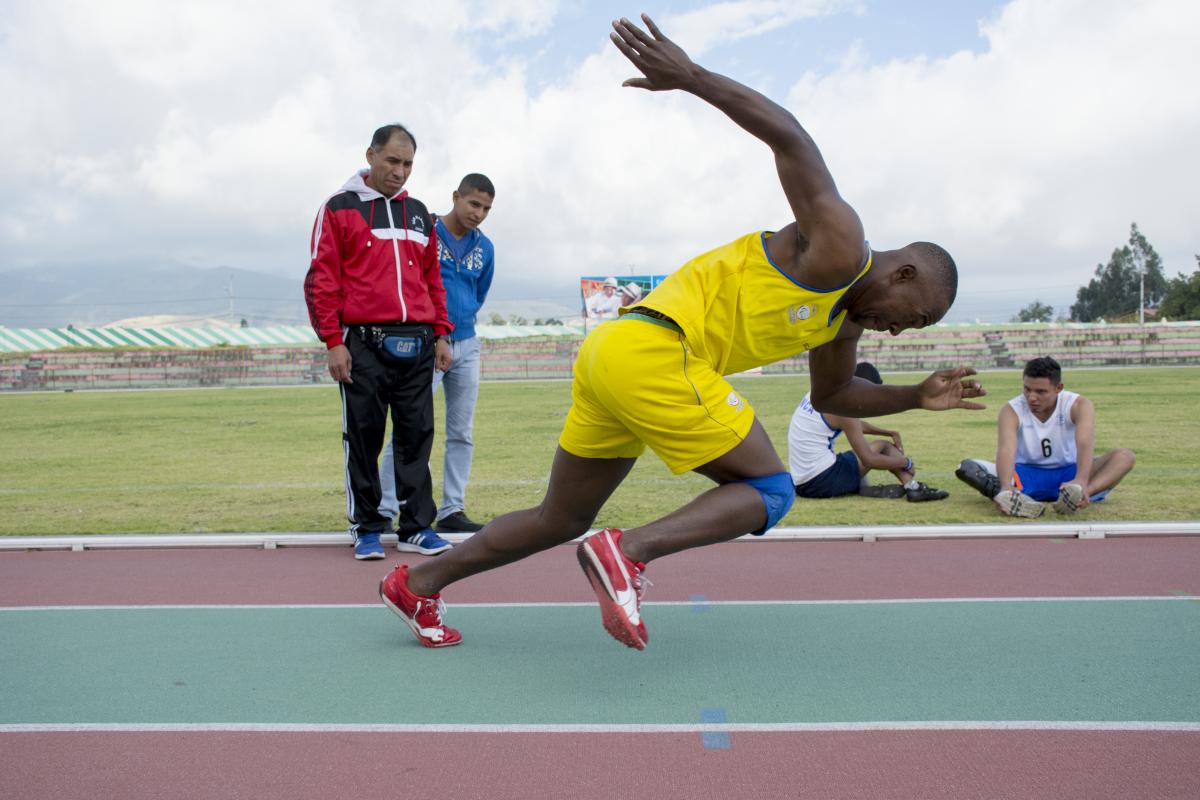 The 'En sus marcas, listos...Inclusión' has had a positive impact across the Americas
ⒸAgitos Foundation
By Santiago Menichelli

Over 400 Latin American athletes have experienced qualitative changes in their lives and sports careers since the launch of the project 'En sus marcas, listos... Inclusión'.

Powered by the Agitos Foundation, the development arm of the International Paralympic Committee (IPC), three years ago, the programme was created during the Rio 2016 Paralympic Games, when a partnership was sealed between the IPC and the Inter-American Development Bank. A year later, it had already reached out to five countries in the Americas: Colombia, Ecuador, El Salvador, Nicaragua and Peru.

The programme was initiated in 10 communities with had high rates of poverty and exclusion. They had suffered the consequences of violence and had high percentages of people with disabilities, who had no access to sport.

The main goal is to promote social inclusion of people with disabilities through sport. In addition to promoting healthy habits and enhancing their capabilities, the real challenge is to generate a positive and lasting impact on the communities in which they live. It is a matter of highlighting their rights and contributions to society and broadening their possibilities for development.

"The fact that there are people with intellectual disabilities who never left their homes and thanks to the project now practice sports every day and have an independent life, is invaluable," said José Cabo, Agitos Foundation Programme Senior Manager and in charge of the execution of 'En sus marcas, listos...Inclusión'. 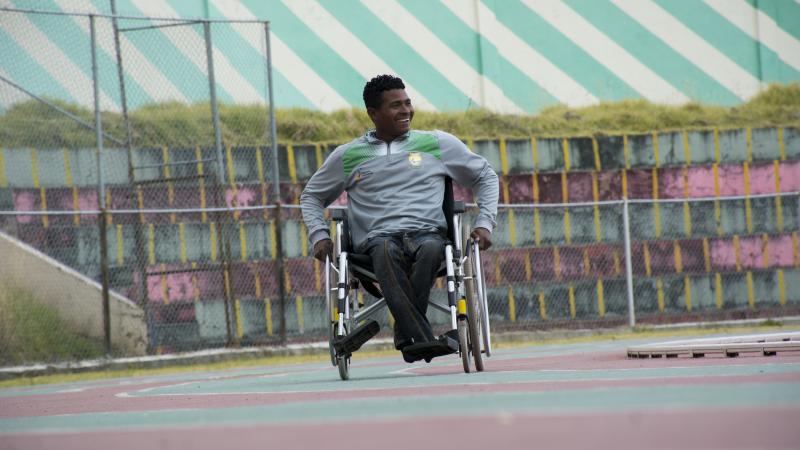 "As well as cases of people with severe disabilities who have even represented their municipalities in national competitions. Their families and caregivers look back two years and cannot believe it, they've changed their lives!"

Toshiyuki Yasui, IBD Executive Director in Croatia, Japan, Korea, Portugal, Slovenia and the United Kingdom, added: "We are very proud of the Japan Special Fund (JPO) Poverty Reduction Programme project to support capacity building of institutions and promote inclusion of people with disabilities in the region through sport and leadership.

"The Japan Funds have contributed over USD 400 million in grants over 30 years to support development and social inclusion in the region.

"The project means the integration of innovation policy through collaboration between different stakeholders in society. In addition to taking into account important milestones in preparation for the Tokyo 2020 Paralympic Games, the project also works to highlight the importance of social inclusion of people with disabilities in the region.

“We believe that the incorporation of this policy has a huge impact on the development of the region. It is hoped that these projects will be the first step and catalyst channel to serve as a platform to raise awareness of unknown athletes with disabilities in order to improve their inclusion in the region's societies and economies.”

Competing on an international level

Once talents are identified, the project supports them in attending competitions throughout the Americas. So far, 45 athletes have had the opportunity to represent their countries abroad. In turn, these athletes are trained by the Proud Paralympian educational programme to know how to transmit the message of inclusion in their communities, multiplying the number of people with disabilities who incorporate sport into their lives.

At the age of 14, Peruvian sprinter Jesús Castillo had his first international sports experience after participating in an 'En sus marcas, listos...Inclusión' training followed by a competitive event in Guaranda, Ecuador.

“It was the first time I was on the IPC rankings! It was a great experience to share this workshop with many athletes of my age; I will never forget it,” he said.

Last year, he competed in the biggest continental event: the Lima 2019 Parapan American Games. He ran 100m and 200m T64.

“It was very nice to be able to compete at home. At such a young age, I was able to share the track with Paralympic champions and that motivates me to train more to reach the top. Now I have my sights set on qualifying for the next Paralympic Games in Tokyo.” 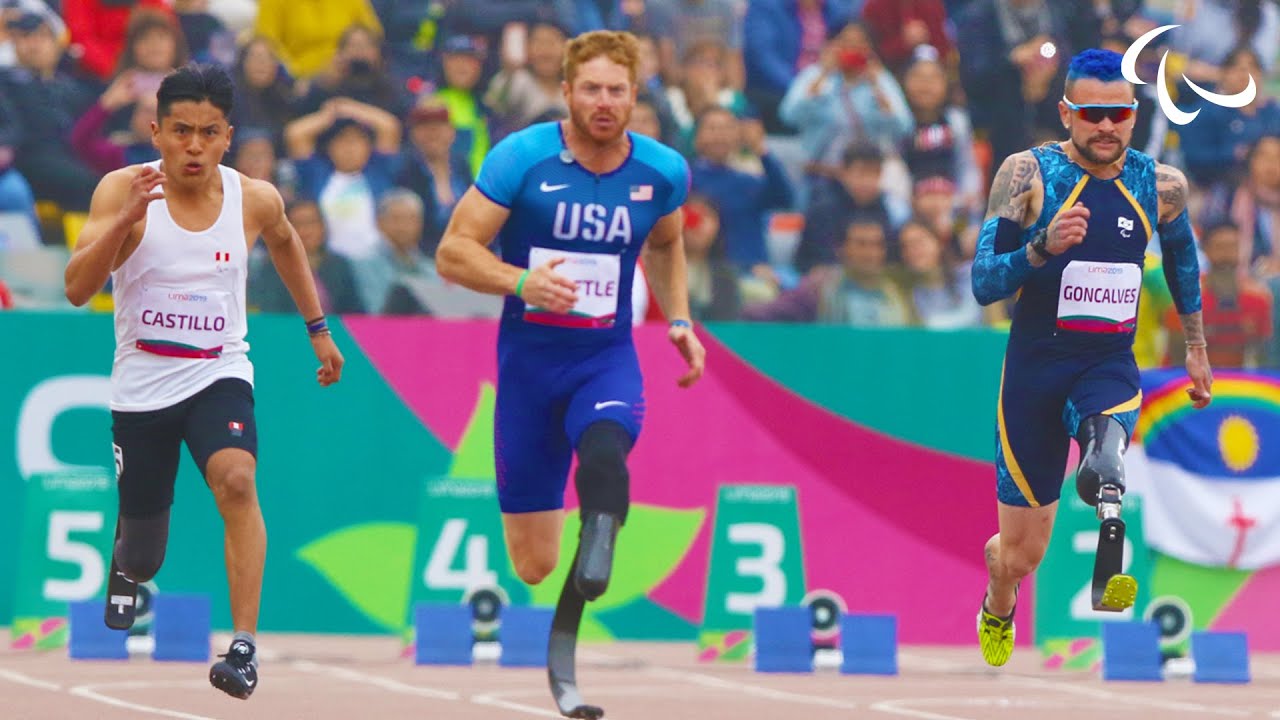 Colombian Julián Acosta Méndez, 15, has a similar history. In 2018, in the city of Buenaventura, he began to take part in the 'En sus marcas, listos...Inclusión' events.

"The project in Buenaventura lasted two years and left me with hopes of motivating more young people who want to follow my small steps. More young people have already joined and, with my example and the help of the coach, they have been motivated to continue despite the difficult time we are living [because of the pandemic]," Acosta Mendez said.

“Sport helps a lot of people with disabilities with their self-esteem and helps them reintegrate into society and to know that disability is not a limit.” 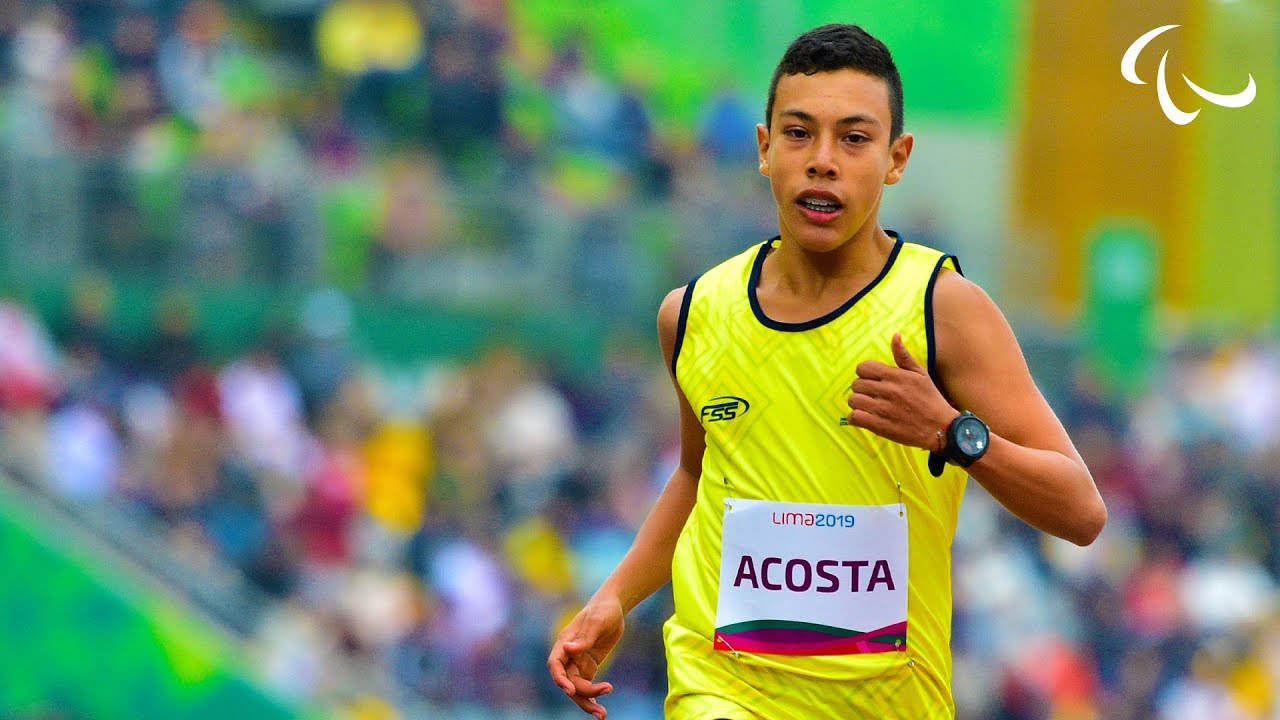 María José Gómez Correa was another Para athlete to benefit from this programme. The Colombian , who has a cognitive disability, attended one of the events after her mother Paula Teresa heard about it on the radio.

“Sport has changed my life. I want to show all my classmates that I can, and you can too. Don’t get tired, and if you fall, get up. I know that there is a goal where you can win. I know I can. I have a dream to be a champion and show that people with disabilities can,” said Gomez Correa.

Her mother added: “Projects like this are very good for children, youth and adults. My daughter was a little dependent, never allowed to go out alone, always distracted. But since she started sports, she has changed, she is aware of her schedule. I am very proud of her.”

Athletics is the most practiced sport in the communities impacted by 'En sus marcas, listos...Inclusión' since its implementation is relatively simple. People with any type of disability can participate and, in the absence of tracks, it can be done in other facilities or open spaces such as beaches or fields.

However, several other sports were also developed such as boccia, powerlifting and swimming, allowing the integration of people with severe disabilities. Living in communities with scarce resources, many of them had not had opportunities to engage in any social activities.

The programme is flexible enough to adapt to the needs and preferences of each community. In the coastal town of Muisne in Ecuador, where fishing is a traditional and widespread livelihood, several fishermen with disabilities joined the project after discovering Paralympic sports such as rowing and canoeing.

Apart from introducing people with disabilities into sport, this initiative has strengthened Paralympic structures at national, regional and local level - in the heart of the communities themselves.

Through proposals for training and education of coaches from vulnerable communities and leaders - including physical education teachers, mainstream sport coaches, physiotherapists, communicators, people in public office, among others - it has managed to build strong networks to ensure that the transformation is deep and sustainable. 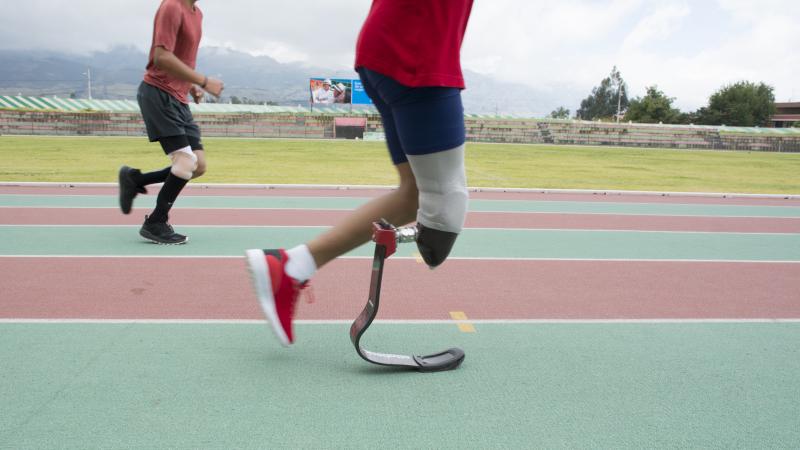 “Training programmes must be sustainable and are a right of the population with disabilities,” said Cabo. “That is why we have worked with the National Paralympic Committees, regional and municipal governments, so that these entities take charge of the training groups, hire coaches and the activity is not interrupted, grows and the impact continues.”

In the first phase of the project, the numbers far exceeded the goals set from the beginning.

A total of 438 athletes regularly take part in the training programmes, when the objective was 300. A total of 135 coaches from vulnerable communities were trained, exceeding the 90 initially sought.

The most successful result was when training local leaders in Paralympic sport: 1,098 against the 200 that had been set as a goal.

The Inter-American Development Bank financed the first phase of the project executed by the Agitos Foundation and supported by the Colombian Government - through its Ministry of Sports and its Presidential Agency for International Cooperation.

Colombia was committed to financing initiatives to use Paralympic sport as a tool for social inclusion and peace building, and played a leadership role, supporting the project and other participating countries with its technical capacity.

The project now covers eight countries. The intention is to expand it and bring social inclusion of people with disabilities to the entire region. 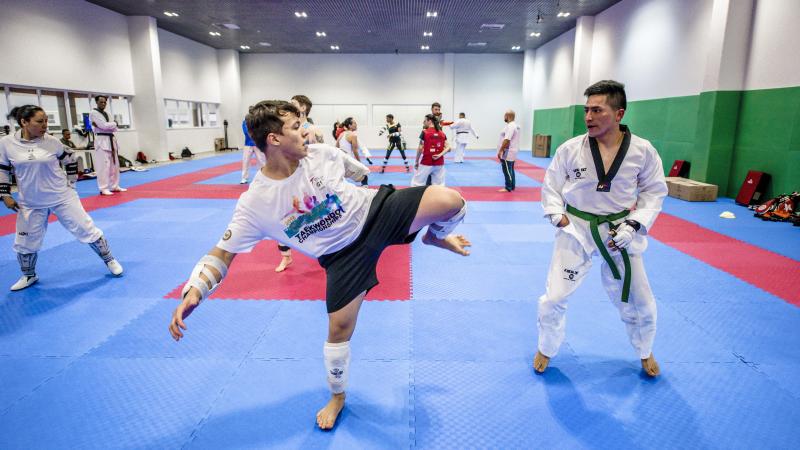 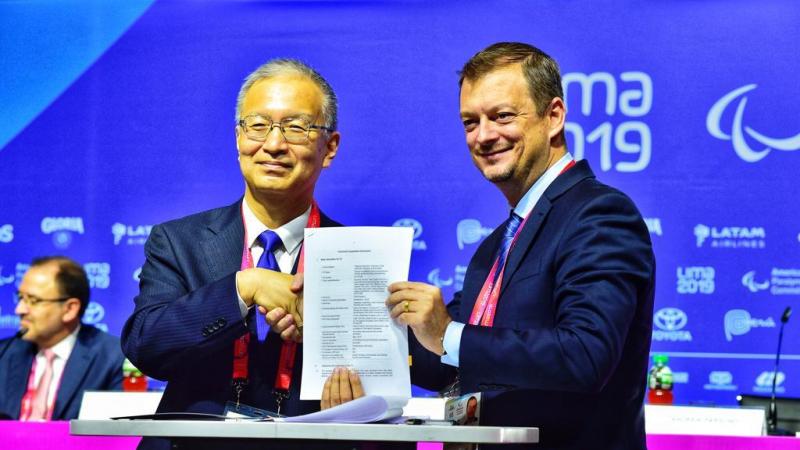 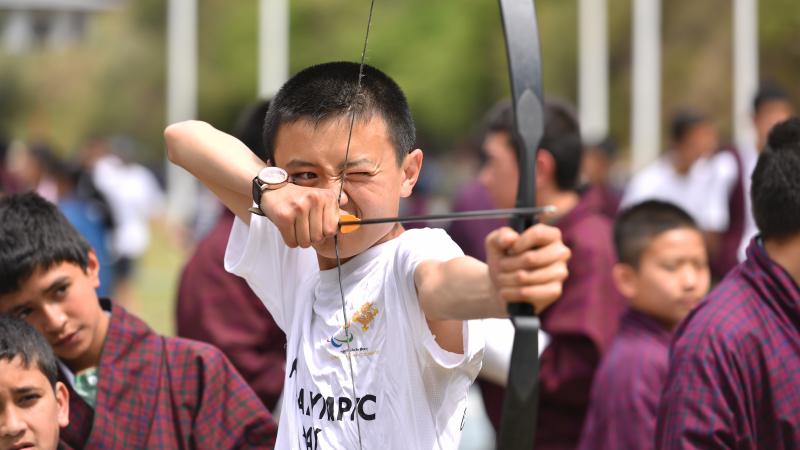