The French team took advantage of being at home, to sweep the medal in the Tignes leg of the Europa Cup. 08 Feb 2012
Imagen 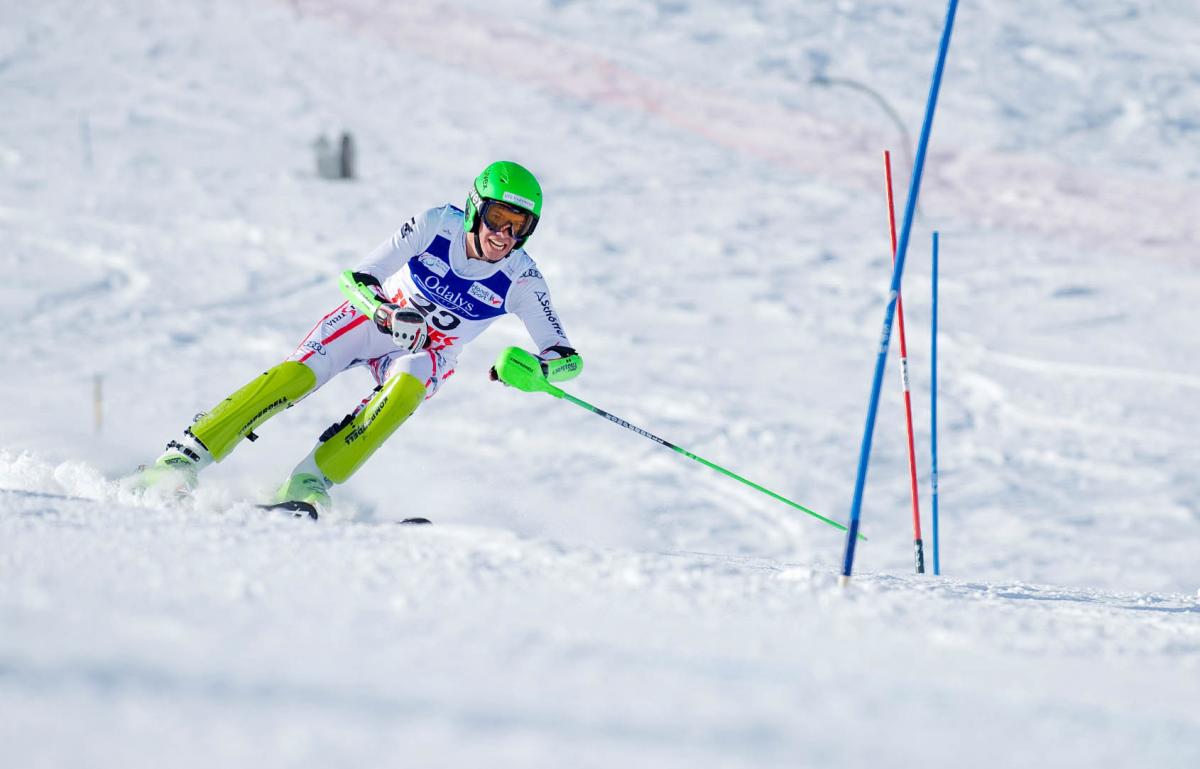 Austria's Markus Salcher is one of the top men's standing alpine skiers in the world.

“I’d like to congratulate the French team. They were very good. They swept it up yesterday and then someone had to mix it up, which was me!”

The French team had the upper hand at this week’s International Paralympic Committee (IPC) Alpine Skiing Europa Cup in Tignes, France, where the team trains on a regular basis.

On Tuesday and Wednesday (7-8 February) over 50 athletes from 14 nations battled it out in the Downhill event, with France winning three golds, two silver and two bronze medals.

France swept the medals on day one of the men’s Downhill Sitting with Nicolas Loussalez, Yohann Taberlet and Frederic Francois taking gold, silver and bronze respectively.

On day two, however, USA’s Joe Tompkins broke the French team’s home advantage to take silver. Loussalez had to settle for bronze while Taberlet sped to pole position.

“The French team train on this hill, so they got that home team advantage,” Tompkins told www.paralympic.org shortly after the race.

“I’d like to congratulate the French team. They were very good. They swept it up yesterday and then someone had to mix it up, which was me!”

Tompkins, who specializes in the Downhill event, hopes for a similar victory next week for the NORAM Cup in Kimberly, Canada.

“I hope to do the same, maybe a little better. Top three would be good.”

In the women’s Downhill Standing France’s Solene Jambaque and Germany’s Andrea Rothfuss won one gold and one silver each after battling it out for the top spot. Austria’s Danja Haslacher won bronze on Tuesday and Italy’s Melania Corradini came third on Wednesday.

Teammates Markus Salcher and Matthias Lanzinger of Austria took gold and silver respectively in the men’s Downhill Standing. Lanzinger is racing in his first Paralympic season after an injury in a 2008 able-bodied competition led to his leg being amputated. Lanzinger is showing great improvements during the course of the season and managed to close the gap between him and his teammate on day two.

The Netherlands’ Bart Verbruggen took bronze in the men’s Downhill Standing on day one and Switzerland’s Michael Bruegger came third on day two.

In the men’s Downhill Visually Impaired Spain’s Yon Santacana Maiztegui and Slovakia’s Jakub Krako each got one gold and one silver. Slovakia’s Michal Beladic took bronze on both days.

“Well we went faster! 2 seconds faster! and we won!!! We won our first downhill!” Gallagher tweeted from @Kellygallagher.

On day two, though, neither of them raced. Gallagher pulled out due to strong winds.

“… we've pulled ourselves from the race … because its too windy to hear each other, the wind is pushing us about when we're in a tuck together and there are snow drifts in all the compressions,” Gallagher, who communicates with her guide through radios, posted on Facebook on Wednesday.

USA’s Laurie Stephens took gold on the first day of the women’s Downhill Sitting and was the only athlete to finish the race on the second day. 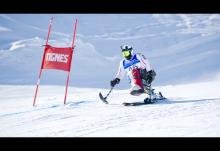 In 2012, the IPC Alpine Skiing Europa Cup made a stop in in Tignes, France. 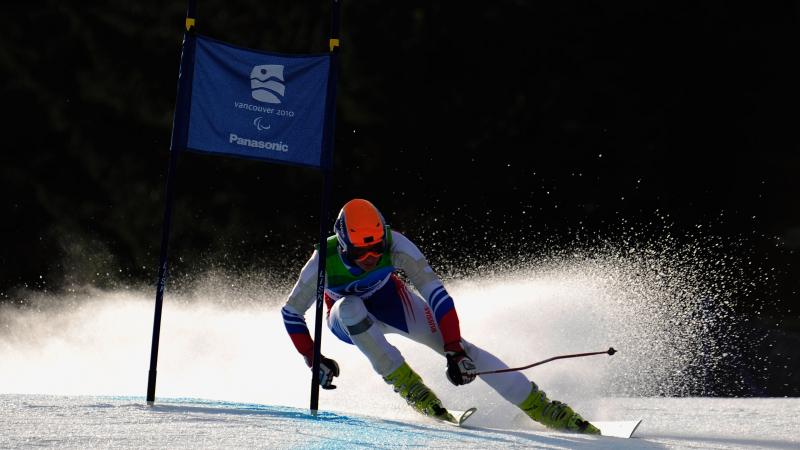 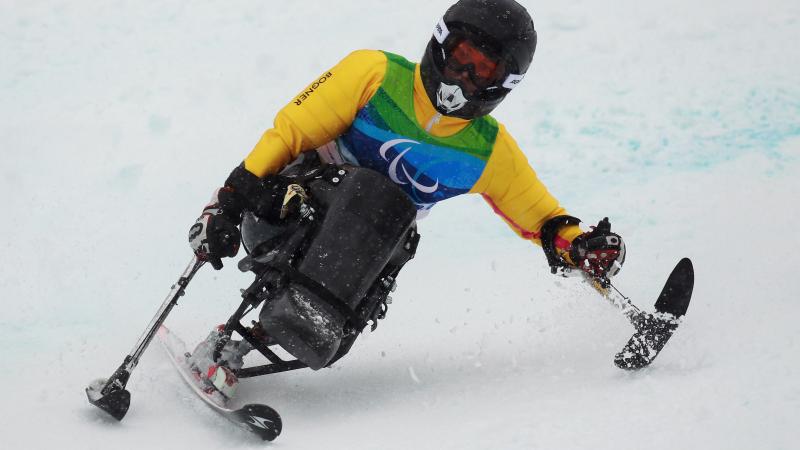 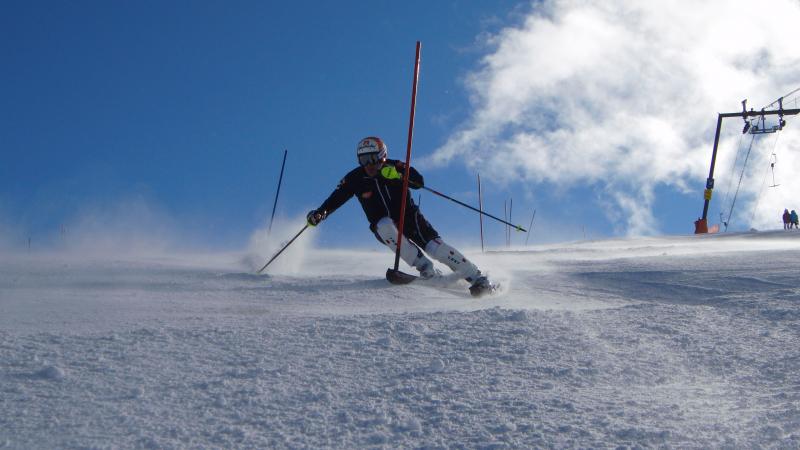 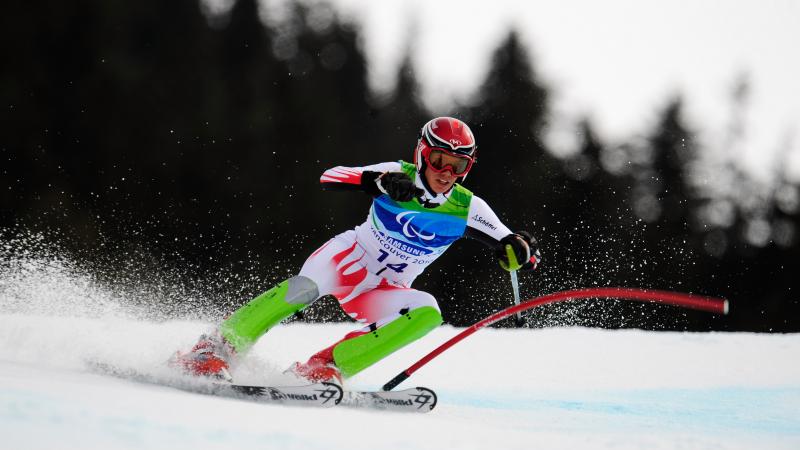 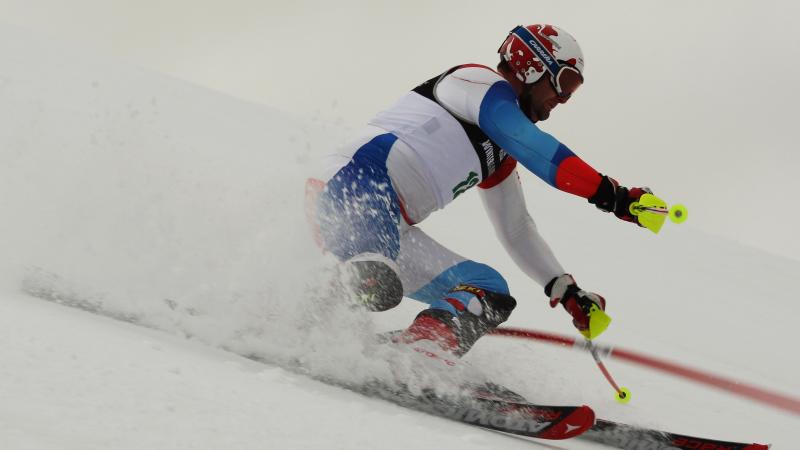