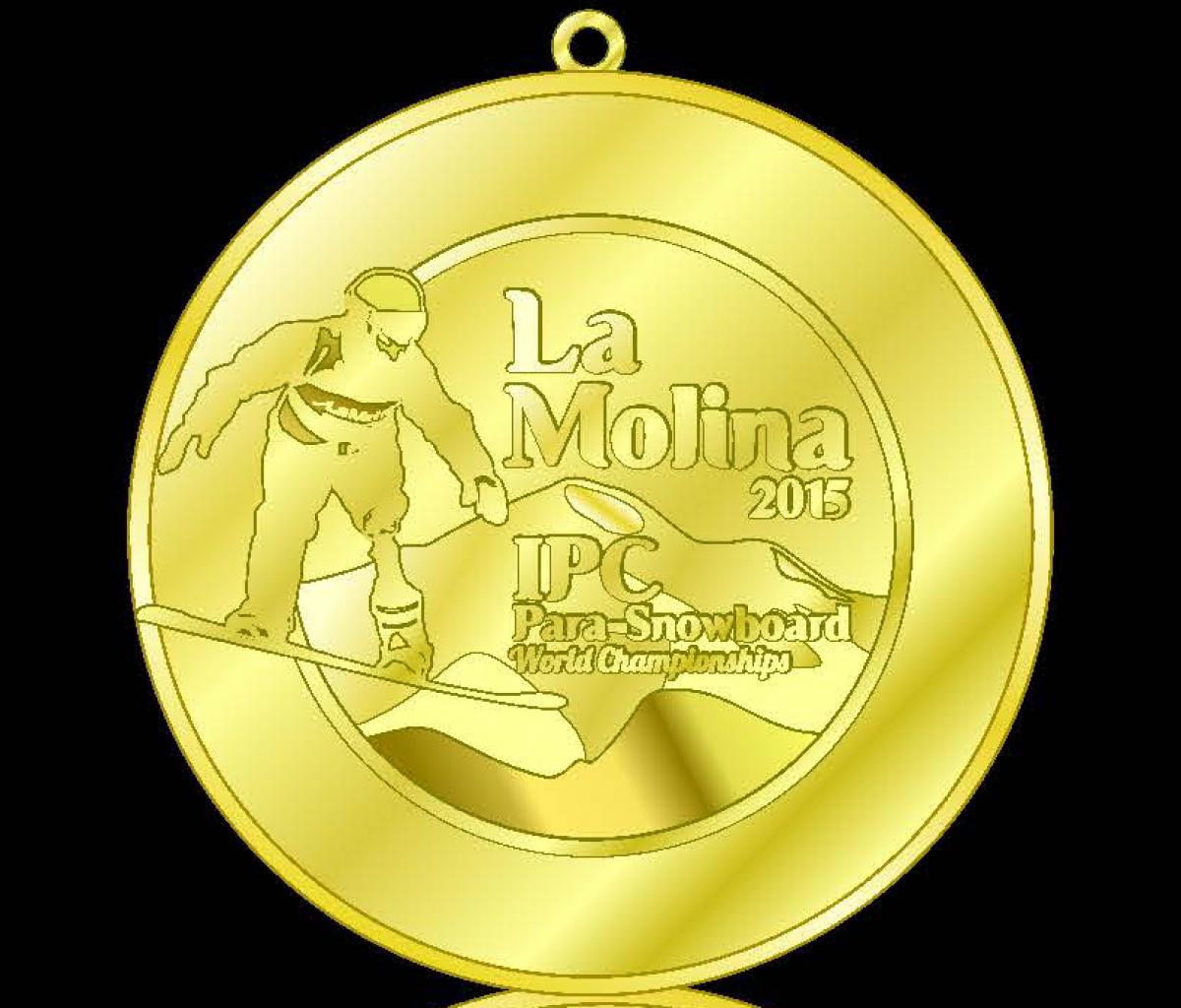 Twelve sets of para-snowboard World Championships medals will be handed out for the first time under the governance of IPC Alpine Skiing.

“It is a very exciting time and I hope that the medals will be cherished by those who win them as another piece of history in the growth of the sport.”

The medals for the 2015 IPC Para-Snowboard World Championships taking place in La Molina, Spain, from 23-28 February, were unveiled on Thursday (12 February) with just over 10 days to go until the Opening Ceremony.

The medals carry the distinctive competition logo of a lower-limb impaired rider, next to the event name and location.

Dimitrije Lazarovski, Head of IPC Snowsports said: “We are very proud to be presenting these medals alongside the Local Organising Committee in La Molina, as the first World Championships under the governance of IPC Alpine Skiing and Para-Snowboard.

“Adding to the two sets of medals that were won for the first time at Sochi 2014, for the World Championships we are pleased that we will have 12 medal events across two disciplines and three classes.

“It is a very exciting time and I hope that the medals will be cherished by those who win them as another piece of history in the growth of the sport.”

Those expected in La Molina include Dutch Paralympic champion Bibian Mentel-Spee in the women’s SB-LL2, and the USA’s Evan Strong, the title holder in the men’s equivalent.

Mentel-Spee could face Australian Joany Badenhorst, who is in stellar form after an injury put her out of action at Sochi 2014, and Strong’s compatriot Heidi-Jo Duce.

US teammates Mike Shea and Keith Gabel, the rest of the men’s podium from Sochi, will continue their close competition from this season against Strong in the men’s SB-LL2.

In the men’s SB-LL1 Italian Giuseppe Comunale and the USA’s Mike Schultz, the snowboard-cross World Cup No.1 and No.2, will line-up.

The men’s upper-limb impairment races will see Great Britain’s snowboard-cross World Cup No.1 Ben Moore and Austrian banked slalom No.1 Patrick Mayrhofer fight it out for the top spot on the podium.

Competition begins in La Molina on 24 February with snowboard-cross and continues on 28 February with banked slalom. Throughout the competition updates will be posted to IPC Alpine Skiing's Facebook and Twitter and LaMolina2015.com.