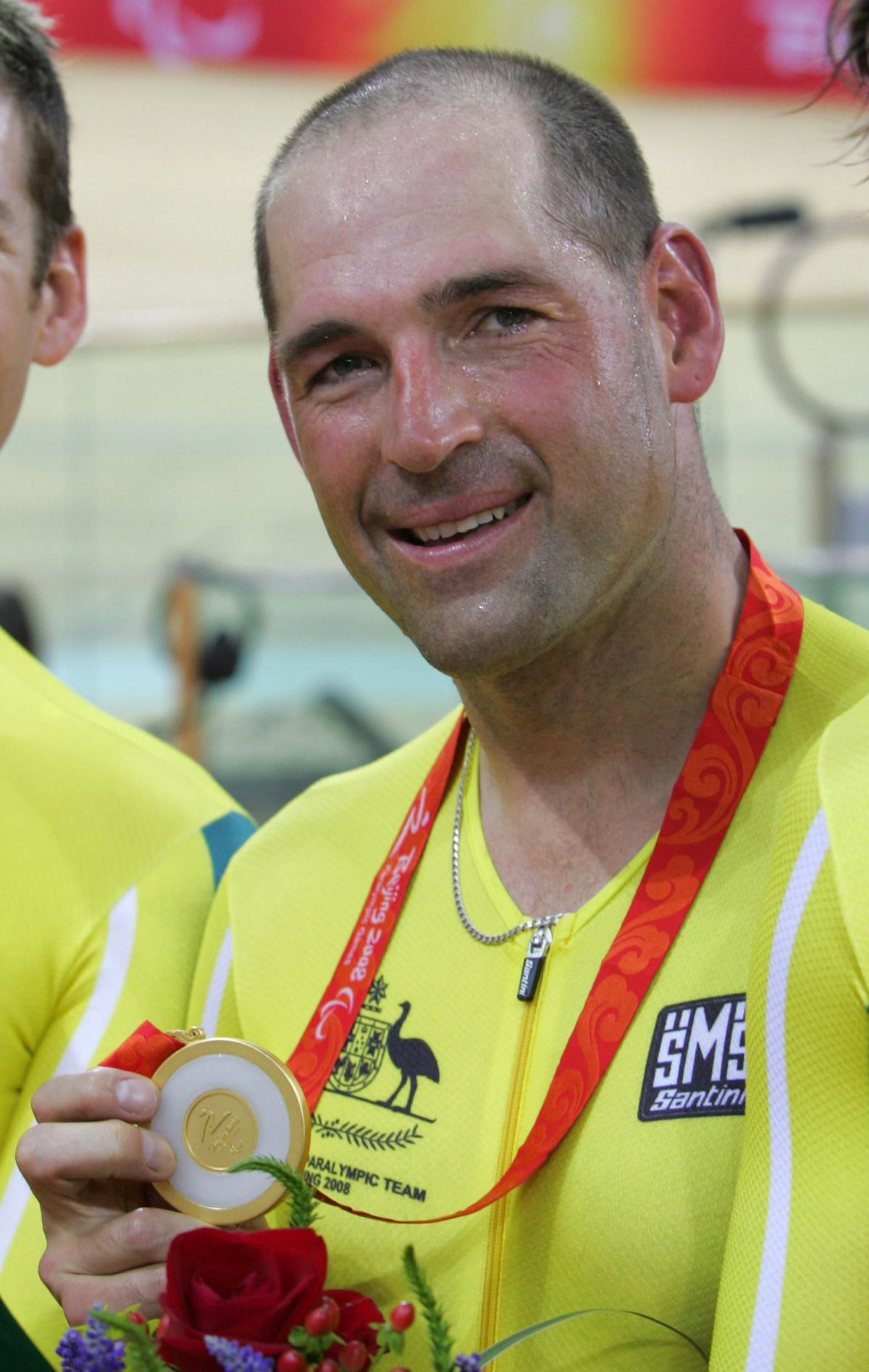 WILL BE MISSED: Kieran Modra
ⒸGetty Images
By IPC

ADELAIDE: Australian five-time Paralympic gold medallist Kieran Modra is no more. He died in a crash while riding his bike north of Adelaide.

It is learnt that the vision-impaired 47-year-old was hit by a car near Gawler around 7am on Wednesday and died on the spot.

The swimmer and cyclist won five gold and five bronze medals at eight Paralympic Games between 1988 and 2016. He also had won two silver medals at the 2014 Commonwealth Games in Glasgow.

Modra was awarded the Member of the Order of Australia in 2014 for services to sport and vision impaired people.

“We are in shock and we are absolutely devastated. Our deepest condolences are with Kieran’s wife Kerry and their three children as well as the people within the Paralympic community, particularly the Para-cycling community, who will be rocked by this tragedy. We are hurting with you,” said Anderson.

“Kieran was a giant of Australian Paralympic sport, not only because of his competitive success but also because of his wider contribution to the Paralympic movement across multiple sports over many years. He has left a legacy that will live on.

“As an athlete, he was the fiercest of competitors who was at his best when the odds were against him. Away from the competitive arena, Kieran was a kind soul and a great character with a huge heart who loved engaging with people and sharing his experiences,” added Anderson.

“In retirement from elite competition, Kieran was always giving back, working as a mentor to the next generation of talent and it was our pleasure that he accepted to our invitation to participate in our Tokyo 2020 Team Processing sessions to share his experiences with athletes aiming for Paralympic success next year.”