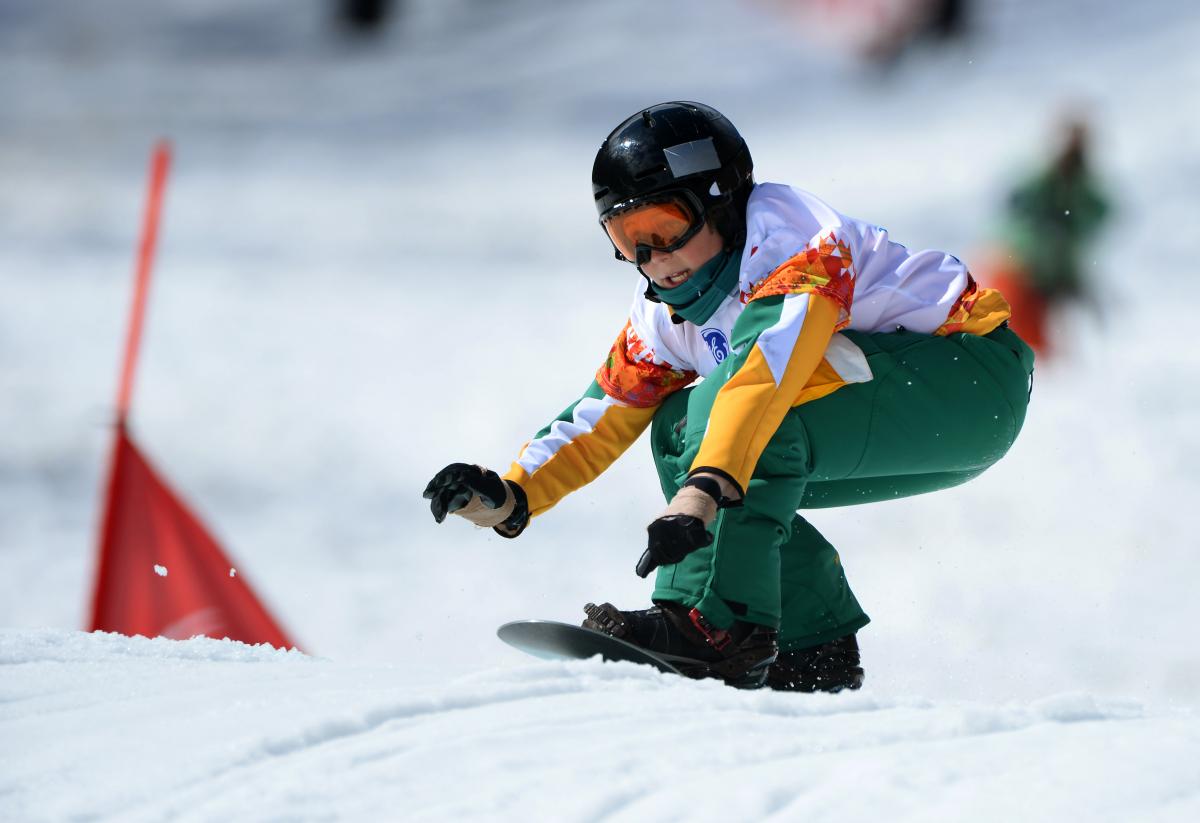 “I think I’ve become a real elite athlete now,” he said. “I am feeling very ready for PyeongChang and I just can’t wait for what it brings. It will be great."

The youngest athlete from four years ago is no longer looking for race experience.

He already has enough.

Ben Tudhope was only 15 years old when he competed at Sochi 2014 in snowboard, which made its Paralympic debut then. Since those Games, Tudhope has taken on two World Championships, the World Cup circuit and also the X Games – all in mind of returning to the Paralympics.

Although a young promising talent, the podium has been difficult to reach, especially in a competitive SB-LL2 category.

But Tudhope, 19, is keeping his head up.

“I think I’ve become a real elite athlete now,” he said. “I am feeling very ready for PyeongChang and I just can’t wait for what it brings. It will be great.

“Last Games was all about the experience, getting to know what an Olympic or Paralympics feels like. Now going in I can have the mindset knowing what’s [to come] and hoping to achieve my goals. But as I said anyone can win on the day so I’m keeping my mind open.”

Finland’s reigning double world champion Matti Suur-Hamari and Paralympic champion Evan Strong make up the older bunch who are strong podium contenders at PyeongChang 2018 (9-18 March). The recent emergence of Japan’s Gurimu Narita, who currently leads the overall World Cup standings, is also one who can squeeze on the Paralympic podium.

Being able to compete and keep up with the top guys can only benefit him.

“The one thing that does stand in mind is my first medal in the X Games in 2016,” Tudhope said about one of the highlights since Sochi 2014. “So I pulled out third after a great battle with Mike Shea, and yeah that definitely stood out of any.”

His highest finish this season was sixth in banked slalom at a NorAm competition in Breckenridge, USA.

He is currently in Big White, Canada, for the World Para Snowboard World Cup Finals. On Tuesday’s opening day, he ranked eighth in snowboard-cross, and the competition wraps up on Friday (9 February) with banked slalom.

Big White hosted the 2017 World Championships, where Tudhope had a top-10 finish in both disciplines.

“I was just saying to one of my teammates I’ve been coming here for five years now and it’s kinda crazy,” Tudhope said.

“Banked slalom, the competition is so big so anyone can win. So I’m going in there open-hearted and open-minded and I’m hoping I go in achieving my goals and hoping that I can do the best that I can.”