Sporting and personal history made at World Cup in La Molina 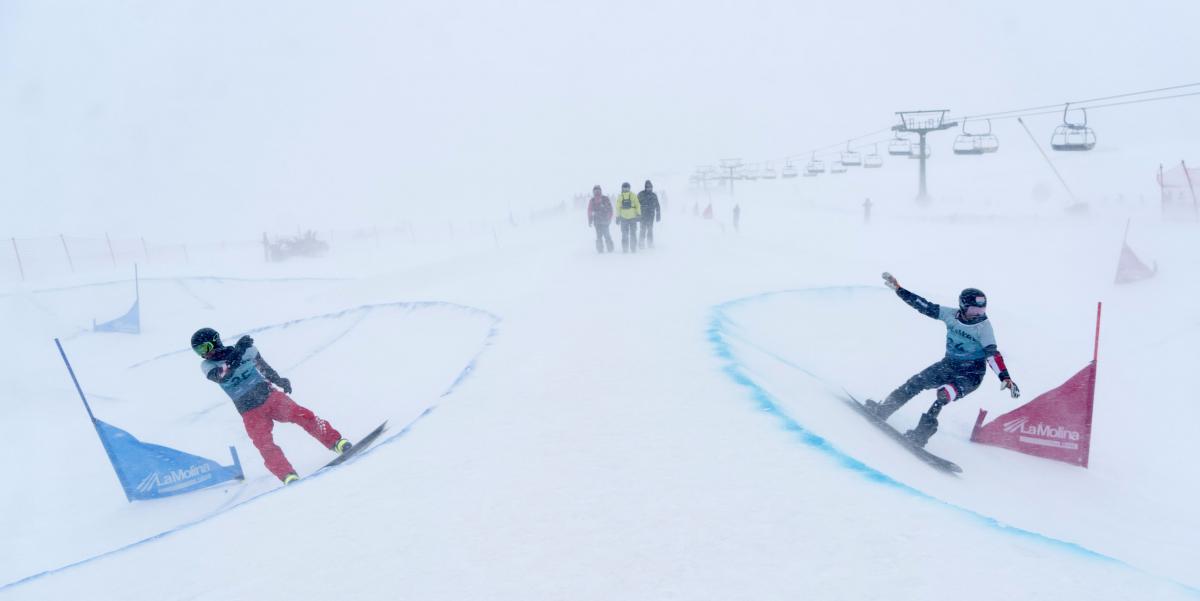 The historical dual banked slalom races in La Molina, Spain brought plenty of personal milestones for the riders as well, as they tackled tricky weather conditions to achieve their career’s best results.

The World Cup at the Spanish ski resort marked the first time that the dual banked slalom format was featured at an international Para snowboard competition.

While bad weather forced the postponement of the first race, no amount of wind or snow could stop the snowboarders as they fought their way to the finish line in the second day’s back-to-back events.

Austria’s Rene Eckhart was rewarded for his efforts with his first ever victory at a World Cup.

“I’m mega happy about my first win. It’s a great feeling to be at the top,” the rider said of winning gold in the men’s SB-LL1 class. “The new dual banked slalom format is super fun and it’s very cool to compete with others. Many thanks to the Spanish shaper crew for the hard work, it was a really great course. I think it has good potential for the future.” 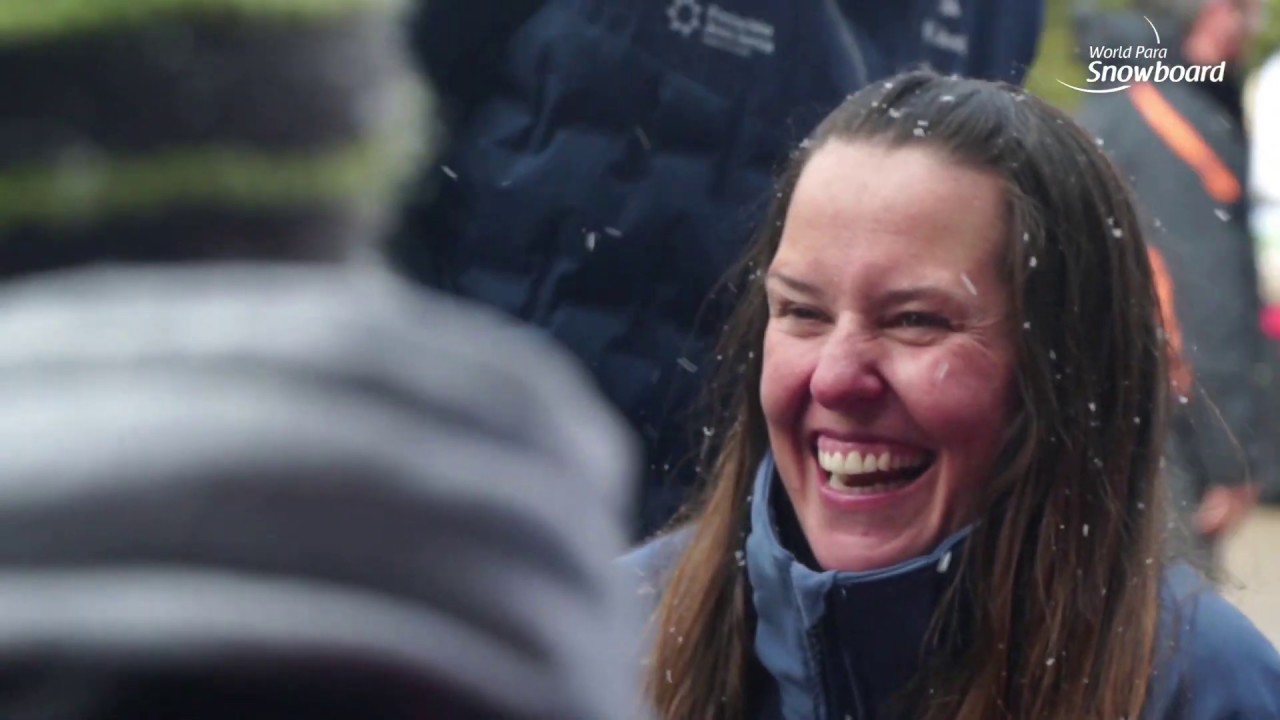 Eckhart finished the first race 0.65 seconds ahead of Mihaita Papara, who celebrated his career’s first World Cup medal. This was also the first medal won at a major international event by a Romanian Para snowboarder.

“I learned how to snowboard long after my amputation, and that means that I needed to understand not only the sport specific movements, but also the limits of my prosthetic. I struggled many years to get to race at the same level as the top adaptive athletes,” Papara said.

“I am particularly happy because I have the opportunity to prove to other disabled people that limits can be overcome.”

As for Papara, it was the first ever World Cup medal for Carlos Codina Thomatis in the men’s SB-LL1 class. The 46-year-old Argentine rider has competed on the World Cup circuit for 10 years and got Top 10 places at the Sochi 2014 and PyeongChang 2018 Paralympic Winter Games, but it was in La Molina where he finally reached the podium.

“I was always fourth, fifth, seventh,” Codina Thomatis said. “At the national championships, I had gold…but at the World Cup, it is the first time.”

In the men’s SB-UL class, both golds went to Italy’s Jacopo Luchini who fended off Great Britain’s James Barnes-Miller in the first final, and France’s Maxime Montaggioni in the second.

“It’s a big emotion for me to take home double gold from Spain in the first dual banked competition in the history of snowboard. The weather conditions were so bad yesterday and today, it was not easy to compete,” Luchini said. “Now I’m first in the overall ranking and I only think about winning the next races to take home another Crystal Globe.”

Mikhail Slinkin took bronze in both UL events, which were his first World Cup medals in banked slalom. The Russian rider previously won silver and bronze medals in snowboard cross.

“Today the weather conditions were very difficult. I have never competed in such weather before,” Slinkin said. “I got valuable experience and was able to win medals. I am happy and glad about my performance.”

Slinkin’s teammate Viktoriia Iakimchuk took double gold in the women’s SB-UL races. The gold in the other women’s races went to France’s Cecile Hernandez in the SB-LL1 class and Spain’s Astrid Fina Paredes in the SB-LL2 class.

“For me, it’s a weird season because it is missing girls, but I have to stay motivated, and just after a big injury,” said Hernandez who broke two vertebrae in January. “It’s really cool to come back on this race format.”

Regardless of where they finished in the standings, all athletes were equally impressed with La Molina’s course and enthusiastic about the introduction of a new format to the World Cup stage.

“The dual banked slalom of La Molina was incredible, amazing, wonderful, such perfect work,” Hernandez said. “The inclusion of dual banked slalom is a very good idea. It’s fresh and fun and all the riders on course appreciate it a lot.”

The two identical runs built on the Torrent Negre course stretched for 398 metres and had an 80-metre drop with 15 gates between the start and finish area.

“The banked slalom track was very beautiful and technical,” Luchini said. “The shapers, the organisers, the coaches have done a good job in making this World Cup possible, so a big thanks to all.”

Romania’s Papara agreed: “The dual banked slalom track in La Molina was amazing, and despite the crazy weather, we had a great time racing.”

The Para snowboarders will next compete at the World Cup finals in Hafjell, Norway from 10-15 March. Live results from the races will be available on the World Para Snowboard website.