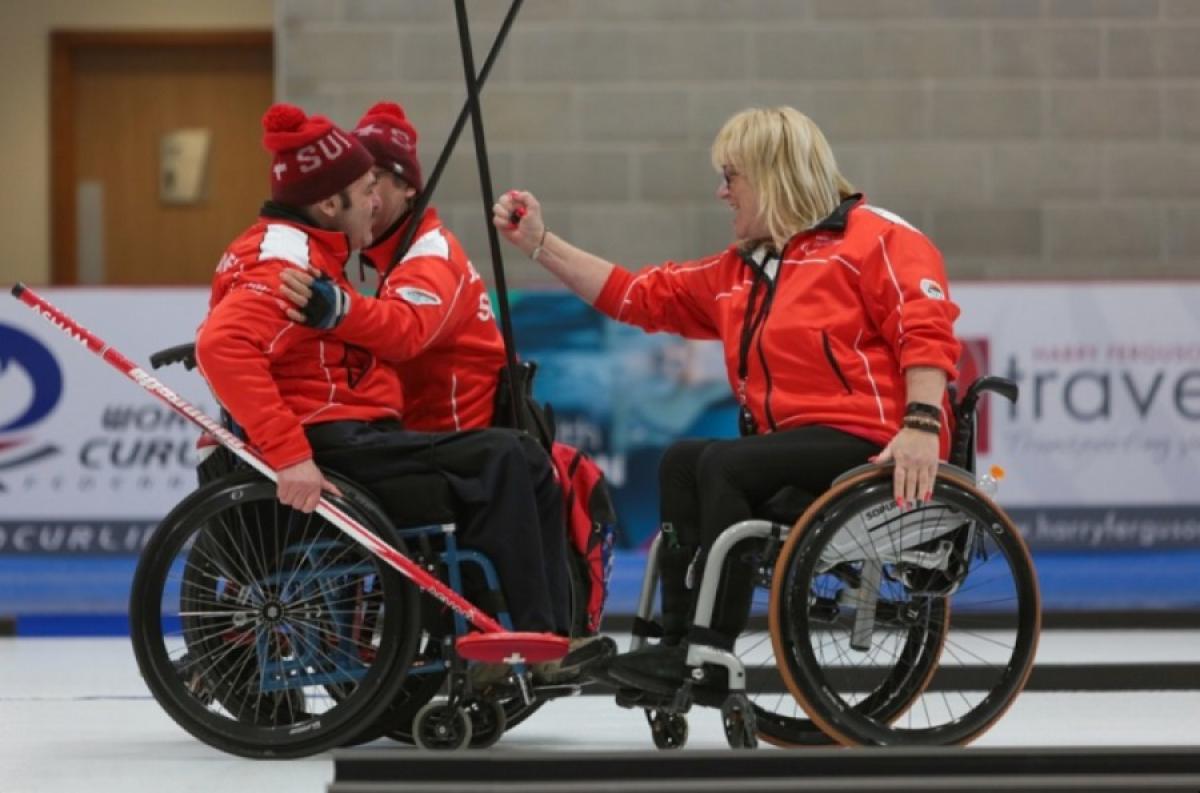 “I have no words for that win, I am so happy and so excited. Our team mood is now much better than two days ago.”

Scotland, Slovakia, South Korea and Switzerland will join tournament leaders China and Norway in the World Wheelchair Curling Championship 2019 play-offs after the end of the round-robin stage of the competition.

Paralympic champions China and world champions Norway have been dominating the championship from day one and both teams duly booked their places in the play-offs on Friday.

China ended the first stage of the competition with another two wins, sealing their place at the top of the standings with an 8-6 win over Germany before defeating Norway 4-2.

The two sides met almost exactly a year ago in the PyeongChang 2018 Paralympic Winter Games final and Friday’s match was another close affair. A couple of errors from Norway’s skip Rune Lorentsen in the last two ends gave China two one-point steals and a 4-2 victory.

South Korea’s 7-1 defeat of Russia* in the morning session was enough to see them through to the play-offs, although they later lost 4-5 to Switzerland.

The Swiss win over South Korea in the evening was their ticket through. The teams were level after seven ends, but Switzerland took the crucial point in the final end.

After losing to South Korea Russia played Switzerland in the afternoon session. In that game, Switzerland only scored two points in the fourth end and Russia took the match 7-2.

The result was enough for the three-time world champions and 2017 silver medallists to avoid relegation to the B-division of wheelchair curling. However, with five wins and six losses, Russia just missed out on a play-off spot.

Scotland have not had their home championships all their own way, losing four matches on the way to the play-offs. But the final day of round-robin play saw them hold their nerve to win both games and finished the stage in third place.

The Scottish team beat Estonia 9-3 in the afternoon and played a consistent game in the evening to defeat Canada 5-3. The result was the hosts’ seventh victory and means they will play sixth-placed Slovakia in the play-offs.

Slovakia needed to win both their games on Friday to be sure of progression, having only won four earlier in the week. They duly delivered.

Against Latvia, Slovakia took a 7-3 lead into the break and seemed comfortable. Latvia fought back with a score of three points in the fifth end to reduce Slovakia’s lead to 7-6, but were unable to close the gap further.

Slovakia beat Latvia 8-7 and after scoring a total of six points in the last three ends of their final round-robin game, sealed their play-off spot with another 8-7 win over the USA.

“I have no words for that win, I am so happy and so excited. Our team mood is now much better than two days ago,” she said after the match against Latvia.

The play-offs will see Scotland play Slovakia and Switzerland play South Korea, with the winners earning a spot in the semi-finals alongside China and Norway.

Championship debutants Estonia and Latvia had been in the hunt for play-off spots before the final day of competition. Estonia beat Canada 8-4 in the morning, giving them hope of progressing.

The loss to Scotland dashed Estonia’s chances, but did mean the newcomers avoided relegation to the World Wheelchair-B Curling Championship.

Latvia lost both their last matches, falling 5-8 to the USA and 7-8 to Slovakia. However they had done enough earlier on in the championship to avoid relegation.

The USA, Canada and Germany are the three teams which will be relegated to the B-division. 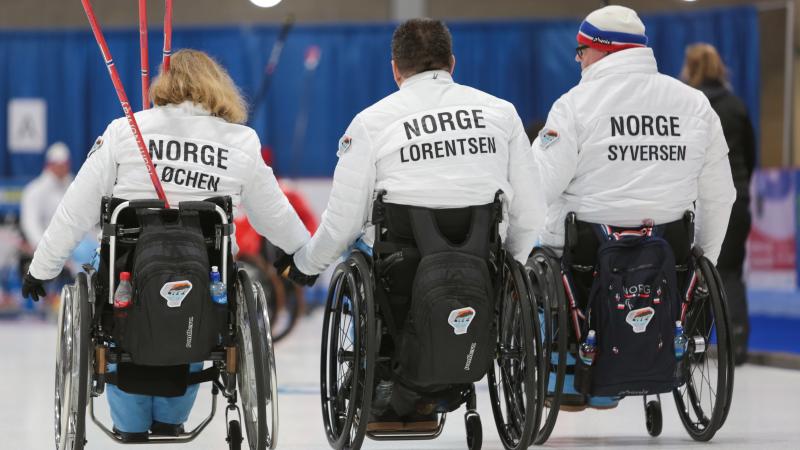 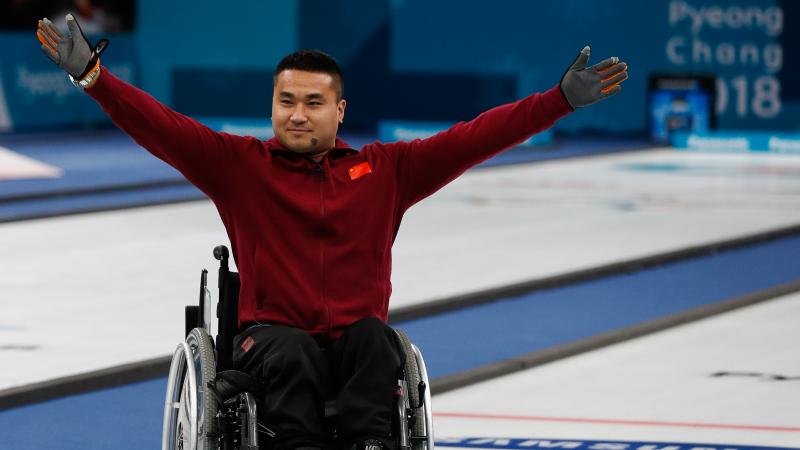