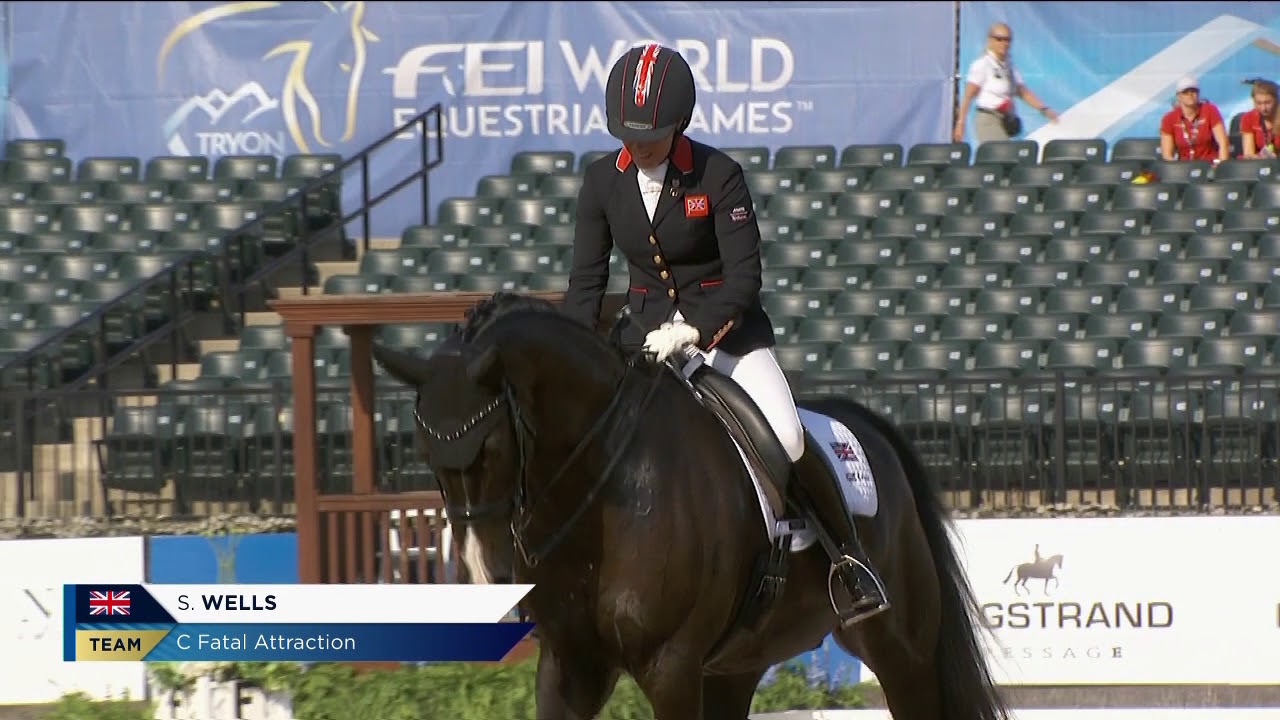 Italy’s Sara Morganti after picking up her second gold medal:

“I have so many emotions I can’t even describe. She was wonderful today. What else could I have asked of her. I was really hoping for a medal but I didn’t dare to hope for two gold medals it really is a dream come true.”

Joyce Heuitink, Chef D’equipe of the Netherlands following the team’s historic win in the team competition:

“I’ve been full of tears for the last two days and I’m afraid I will break into tears when I stand on the podium. They’ve all worked so hard I am so proud of them. I feel I am the queen of the world."

The Netherlands’ Sanne Voets after her individual grade IV test. She was the first to ride and had to wait a couple of hours to have her gold medal confirmed:

“I’m really happy and it’s a bit of a relief. I had to wait for two and a half hours with the strongest ride the last to go. I was thinking I had a medal but it would probably be silver but I just had to wait for the score. I called my friend - probably a really expensive call – I was on the phone for an hour and a half.”

“I am super happy - I have no words really. We did a show in Holland a month ago to see how he was in a big stadium. When I came here it was like he was home. It’s perfect. The journey to come here is unbelievable.

The USA’s Rebecca Hart after winning a silver medal, her second of the Games, in the freestyle competition:

“This is very special but I’d like a few more. But I’ve made one step up.”

Denmark’s Stinna Tange Kaastrup after her second gold medal of the week:

“There are no words for how I feel at this moment. It’s been incredible, out of this world and more than I ever hoped for. I’m really proud and happy and [having] the best feeling in the world, it really is.”

Ahmed Sharbatly, from Saudi Arabia, competing in his first WEG:

“It has been a really good experience for me to have all this competition. The atmos-phere was amazing and this was a great experience to prepare for Tokyo. That’s my goal to compete as the only athlete from the Middle East and Saudi.”

“I was really pleased with the performance in terms of harmony between and my horse. I think it was the best test I’ve ever ridden, which is ironic as it’s the biggest competition I’ve ever been in.”

Great Britain’s Sophie Wells after winning her second gold of the Games, and the second of her first WEG golds since 2010:

“When you miss out on an Individual Gold [WEG 2014] after training everyday it’s hard, but to achieve this after a big gap like I’ve had is amazing; that’s why Rio [Olympic Games 2016] was so special because I missed out on the gold in London [Olympic Games 2012] too.”