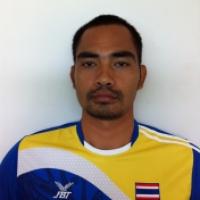 He was named the 2006 Male Athlete of the Year by the Sports Reporters Association of Thailand. (Facebook page, 14 Oct 2014)
Impairment
His right leg is impaired as a result of the effects of polio contracted at age three. (Facebook page, 28 Dec 2016)