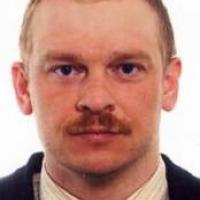 When and where did you begin this sport?
He began the sport in 1990.
Why this sport?
He initially took part in athletics but was getting bored in winter when the snow did not allow him to compete, so he took up skiing.

Hero / Idol
Swiss wheelchair athlete Heinz Frei. (sport-express.ru, 04 Apr 2006)
Sporting philosophy / motto
"It's a difficult sport. You need power to overcome laziness, a willingness to stay off the streets, because to achieve any results you need to train constantly." (mosnedelya.ru, 28 Mar 2010)
Awards and honours
He has received the title of Honoured Master of Sport in Russian Federation. (mk.ru, 30 Sep 2014)

OTHER ACTIVITIES
He has served on the executive committee of the Russian Paralympic Committee. (mk.ru, 30 Sep 2014)