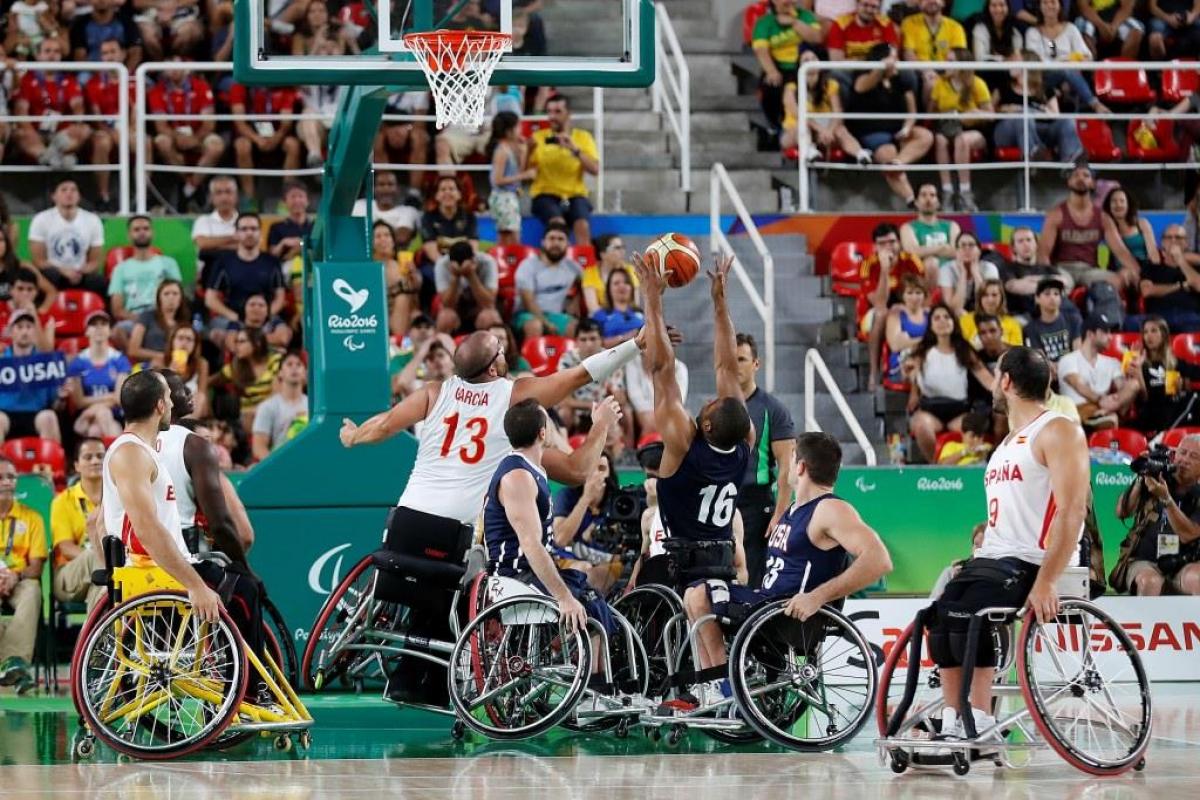 The IPC had requested the IWBF to reassess the eligibility of all 4.0 and 4.5 sport class players set to compete at Tokyo 2020
ⒸWagner Meier for the IPC
By IPC

The International Paralympic Committee (IPC) has written to its membership to clarify a statement made by the International Wheelchair Basketball Federation (IWBF) in relation to its non-compliance with the 2015 IPC Athlete Classification Code (Code).

In a briefing document sent to its own national federations on 11 June 2020, the IWBF stated the following:

WHY IS THERE NO TRANISITION PERIOD FOR PLAYERS RULED NON-ELIGIBLE?

IPC did not grant IWBF’s request for a transitional period for players involved in Phase-1 of the reassessment process.

IWBF is disappointed that the IPC considered it necessary to demand a review of eligibility for players so close to a Paralympic Games. We believe this decision was made without taking into consideration the best interest of the players or teams’ preparation.

Following discussions last week, the IPC Governing Board feels compelled to respond and put the IWBF’s statement into its proper context. On Monday (6 July), in a letter to the IPC membership, IPC President Andrew Parsons provided the following information:

“Ordinarily, the IPC would not comment on Code compliance matters outside of the formal process set out under the Code. However, the IPC Governing Board considers the IWBF’s statement to be entirely misleading and therefore feels compelled to provide members with the full facts and information on this matter.

“Firstly, among other things, the IWBF currently defines eligible impairments in a manner that is categorically different to what is required by the Code (as approved by the IPC’s membership at the 2015 IPC General Assembly). The IWBF has been aware of this critical issue (as well as other areas of non-compliance) for several years. Despite multiple follow-ups and support offered by the IPC and the IPC Classification Committee, the IWBF had made no substantive progress on this issue at the time of the IPC Governing Board’s decision in January 2020. Accordingly, it is simply incorrect to suggest that the IPC demanded a review of players’ eligibility close to a Paralympic Games. To the contrary, this matter was raised with the IWBF many years previously, and the IWBF had ample time and opportunity to address it well in advance of Tokyo. The IWBF simply chose not to do so.

“In relation to the IWBF’s request for a transition period for players without an eligible impairment, the full facts are as follows:

“Despite several years of discussions between the IPC and the IWBF regarding Code compliance, the IWBF first requested a “transitional” arrangement just seven months out from the Paralympic Games in Tokyo (as originally scheduled). This request also came after the deadline for submission of the IWBF’s proposed action plan (which deadline had itself already been extended at the IWBF’s request).

“Importantly, the IWBF did not raise its request with the IPC management team, classification department or IPC Classification Committee, and nor was the request included in the IWBF’s action plan. Instead, the IWBF made the request directly to the IPC Governing Board, without prior notice, during its meeting in January 2020. The request was contained within a single PowerPoint slide, in a single sentence. The request was presented without any clear consideration, rationale, impact assessment, implementation plan or text for the provision itself, and with no apparent member consultation.

“It was in these circumstances, and following several years without progress, that the IWBF’s request was declined. As was also expressed to the IWBF at the time, the IPC Governing Board (which includes six retired Para athletes, as well as the chair of the IPC Athletes’ Council) was and remains deeply frustrated by the IWBF’s conduct in respect of this matter. In particular, had the IWBF presented the IPC with a timely, considered and comprehensive proposal and appropriate transition rule, the outcome may well have been different (as has been the case in other sports).”

In January 2020, the IPC announced that the IWBF was non-compliant with the 2015 IPC Athlete Classification Code and that immediate measures needed to be taken.  As part of an approved action plan towards code-compliance, the IPC requested the IWBF to conduct an eligibility assessment of all 4.0 and 4.5 sport class players set to compete at Tokyo 2020, to determine whether each such player has an Eligible Impairment as defined in the 2015 IPC Athlete Classification Code.

To date, the IWBF has satisfactorily completed the assessment of approximately 75 per cent of the players whose eligibility needed to be verified ahead of Tokyo 2020.

IPC
IPC Governing Board to meet remotely in July
Imagen