Alia Issa overcomes bullying and discrimination, and dreams of her first Paralympic Games 26 May 2021
Imagen 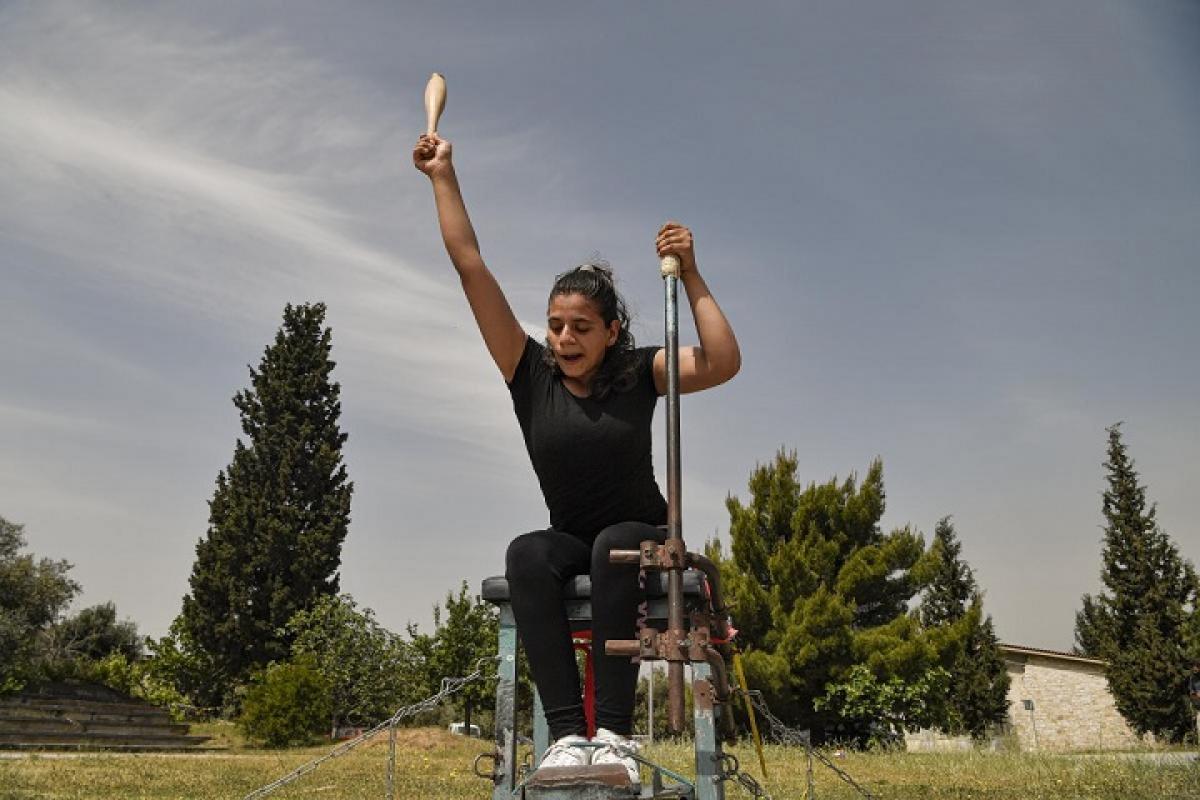 Alia Issa is hoping to make it to the Tokyo 2020 Paralympic Games to show young women with disabilities and other female refugees how sport can open a world of possibilities.

Issa wants to be one of six potential athletes and the first woman on the Refugee Paralympic Team. If the 20-year-old does make it to Tokyo, she will have her father to thank for helping her overcome bullying, discrimination and tragedy that might have held others back.

“My father taught me to dream big and actually his dream was for me to become a doctor,” she says through a translator.

In an hour-long interview, Issa is both engaging and charming with a non-stop smile on her face as she shares the twists and turns of her journey as a refugee and an athlete.

Her father, Mohament Issa, left Syria for Greece in 1996 in a search of a better life for his family. He lived for four years on his own working as a tailor until he saved up enough money to bring over his wife and their four children at the time.

Issa was born in Greece shortly after that in 2001.

When she was four, Issa’s life changed in an instant. She contracted smallpox and was hospitalised. She had a dangerously high fever that resulted in brain damage. It left her in a wheelchair with high support needs and some difficulty speaking.

When she went to primary school, the other children were sometimes cruel. She often felt excluded. The difficulty she had getting her words out made her a target for some.

“I was bullied by some of the kids. But it didn’t stop me from wanting to go to school. I liked school a lot,” she said.

Issa's mother Fatima Najjar said: “Some of the children gave her a very rough time because of her speech problems and her disability. Her father and I did everything in our means to support her so she could achieve big things in her life. We got her a speech therapist at home and physical therapy sessions outside the house.”

“He would tell her, ‘Don’t worry. Work really hard and you will achieve anything you want.’ That’s where the dream of her becoming a doctor started.”

But the family had a lot of struggles to overcome. At 7 years old, Issa had a relapse and had to be hospitalised again. Then when she was a teenager, tragedy struck the family.

Issa’s older sister got married and moved to Norway. But soon after, she was diagnosed with cancer. Issa’s mother went to Norway to help her daughter while she was receiving treatment. Her sister would eventually recover.

Around the same time her sister was dealing with her illness, Issa’s father, who was still in Greece, was diagnosed with a much more aggressive cancer. He went to Norway to be with the family and died a short time later, leaving 16-year-old Issa in shock.

“It took me a year to come to grips with the fact that he wasn’t there. It was a very difficult time.”

A difficult time for the whole family with so many things happening at once.

The family was unable to stay in Norway and returned to Greece. With the war going on in Syria, they applied for and received refugee status to remain in Greece. 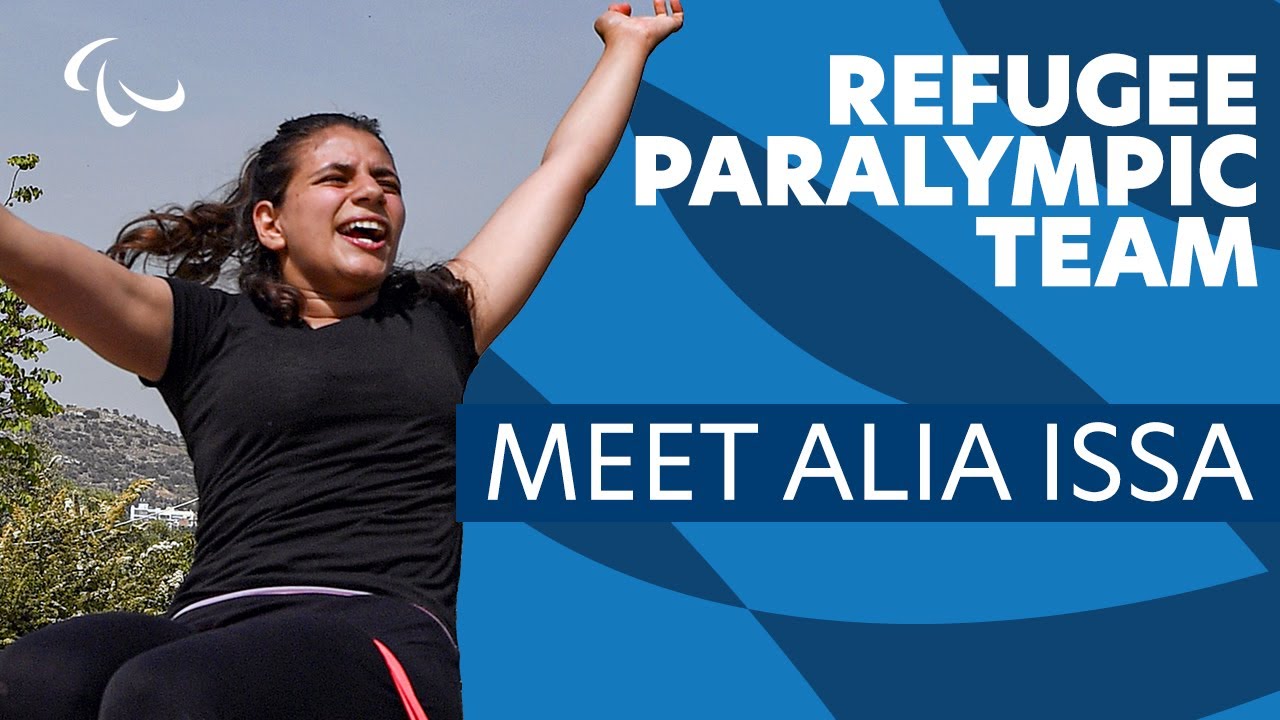 A big turning point in Issa’s life came four years ago when she entered what is referred to as lower secondary school in Greece. This time she attended a school only for students with disabilities.

“I didn’t feel different anymore. At my primary school, I was the only one with a disability.”

The physical education classes there were another eye opener.

“Being introduced to sport three years ago was very important to me. I felt stronger and more confident with my body and mobility.”

Michalis Nikopoulos is one of the physical education teachers at that school and is now one of her coaches. He met Issa when she was 16 and the next season took her to his sports club, the Tyrtaios Sports Club for the disabled.

“My goal is to find the young talented new athletes to take to my club. When I spotted her at my school, I thought she could be a good athlete.”

The Hellenic Paralympic Committee and the Agitos Foundation [whose development programmes are delivered by the IPC since 2020] arranged and paid for transportation so she could train at the club. The Committee also helped Issa participate in national competitions, provided sports equipment and training support, as it does for other refugees with disabilities. 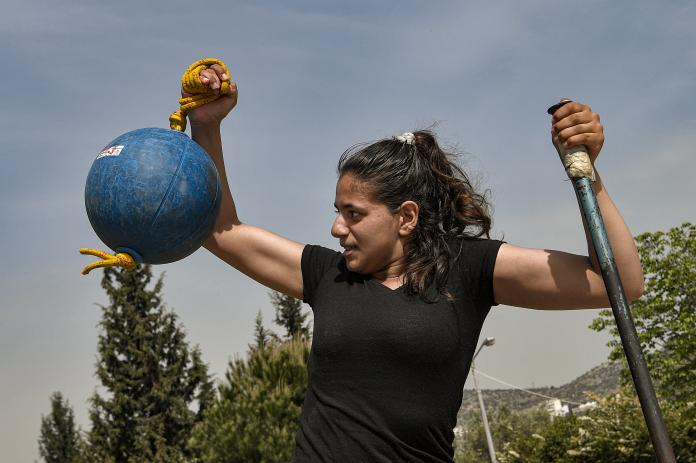 Her coach says sport has changed her life.

“I think for an athlete with a disability to get out of the house to go to a sports club to train, that opened up a new world for her," Nikopoulos said.

At first, she tried boccia and other sports. But Nikopoulos saw her passion and strength, so along with another coach introduced her to club throw two years ago. Club throw instantly captivated Issa, because she found it more dynamic and exciting.

Club throw is a Para athletics discipline for athletes who do not have a strong enough grip to hold a javelin, shot put or discuss. They hold a club that looks like a bowling pin, made out of wood. The athletes sit in a wheelchair or a platform and aim to toss the club as far as they can. Some throw forwards, backwards, even sideways depending on their disability.

Issa’s first participation in an official competition came at a local tournament in Greece in September 2019. Unfortunately, the tournament did not go so well for her, since her first official throw went 7m. But the result motivated Issa and her coaches to find ways to improve, since they saw huge potential.

Alia Issa first got in touch with Para sports 3 years ago. Now she is a Paralympic hopeful and traveled to Switzerland in search of qualification for @Tokyo2020 .

After a long meeting, the coaches hatched a plan. They thought about having Issa throw the club backwards and the results were stunning. Issa participated at the Greek National Championship in 2020 and she had a personal best throw of 14.40m, which was good enough to meet the Minimum Entry Standard for Tokyo 2020.

The road to Tokyo was open, but there was still a long way to go. During COVID-19, like other top athletes in Greece, Issa was given a special exemption to continue to train at her club by the Greek authorities.

In May 2021, Issa participated at the World Para Athletics Grand Prix in Nottwil, Switzerland, and set another personal record at 16.40m. At the beginning of June, Issa will put all the hard work and training of the past few months to the test at the Bydgoszcz 2021 World Para Athletics European Championships. That will be the final test for Issa before Tokyo, where she hopes to compete and claim a place on the podium. 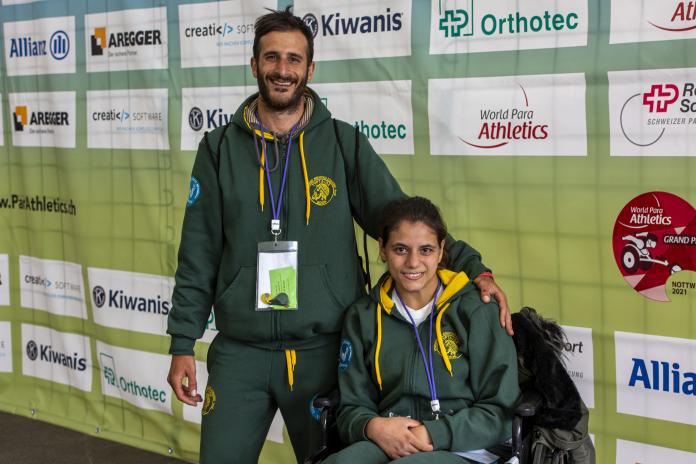 Issa’s sporting achievements have put her on the radar of Greek leaders. In January, Greek politicians were discussing a new national action plan on the rights for people with disabilities and invited Issa to speak with the Greek Prime Minister over video conference.

“It was a very special moment in her life and that was another opportunity that was created due to sports.”  Nikopoulos says. He adds, “She was so proud to be an ambassador for people with disabilities. Suddenly, she’s famous here.”

Issa adds: “Sport has given me independence. I am now suddenly part of a new community making new friends with similar goals.”

Issa believes if she is successful in making it to Tokyo, she will carry a special message with her for women with disabilities.”

“Do not stay inside your homes. Get active. It will give you your independence and a way to be included in society.”

She knows what she is talking about. The sports club where she trains is predominantly made up of men.

A programme trying to empower and develop refugee athletes in Greece through sport has had 50 athletes come through its doors in the past five years but only a couple of women including Issa.

Issa has a long-term goal of going to university and maybe becoming the doctor her father always dreamed she would become. But in the short term, she envisions how her father would feel if he was alive and could see her potentially compete in Tokyo.

“He would be very proud and very happy. I think about that a lot.”

Her mother knows exactly what her father would say to her.

“He would tell her ‘You are achieving your dreams and I hope you achieve a lot more of those dreams in the future’.”