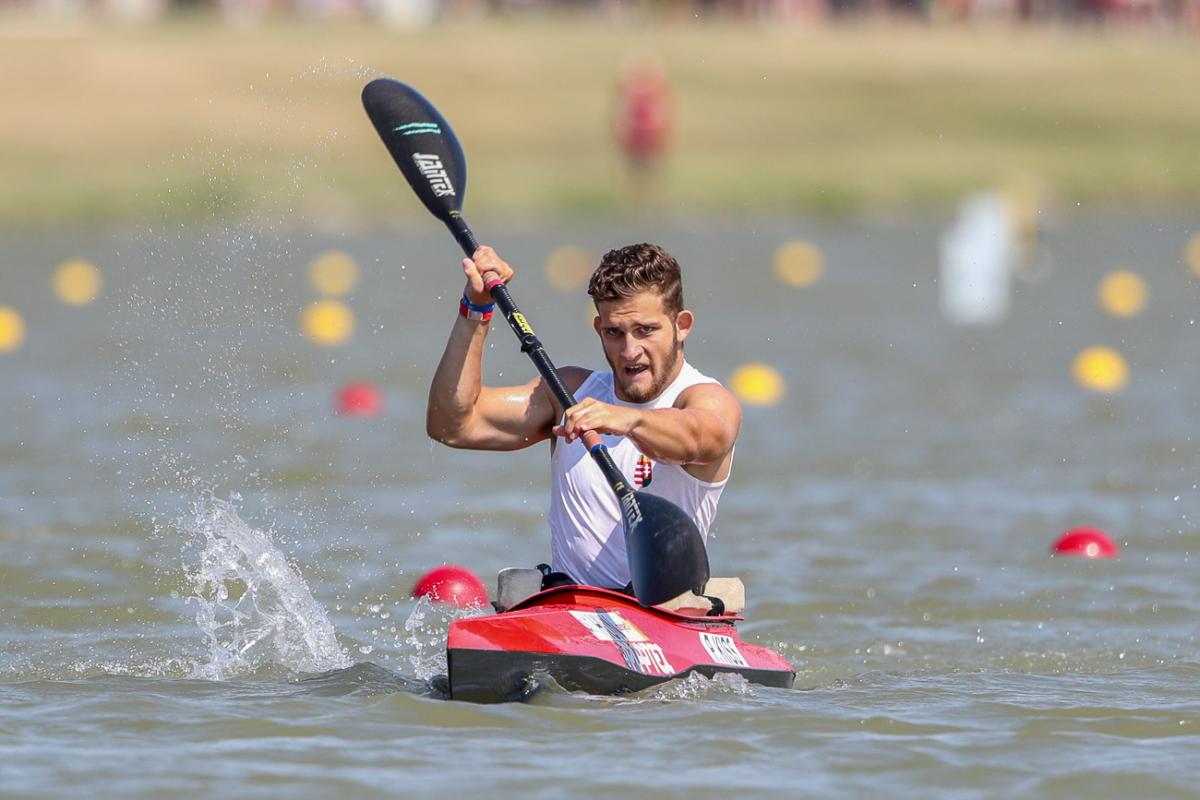 Hungarian Para canoeist Pal Kiss believes 'there would never be a good timing for the illness that paralysed his legs and that it just depends how one looks at it'. The 17-year-old provides his side of the story on episode 11 of 'A Winning Mindset: Lessons from the Paralympics'.

“Well, it really is a tough question, but I do believe it was better it happened then, yes of course,” Kiss said on the International Paralympic Committee’s podcast, supported by Allianz.

Kiss was eight when he had a fever that lasted a few days. Initially thinking it was the flu, he was advised to wait it out. The situation worsened when he couldn’t feel his legs and was later diagnosed with guillain-barre-syndrome, a rare disorder when one’s immune system attacks the nerves. Kiss spent time at the hospital rehabbing from the illness, while also realising his new reality.

“There isn’t great any time regardless of whether you are young or an adult,” he continues. “I believe it was better that it happened then because I had much more time to create a new life for myself and adapt to the situation. With a young mindset, I think it was much easier for me to get through those difficult times and cope with the situation than if it happened now.”

Kiss made headlines when he won the men’s KL1 world title at the 2019 World Championships, and added European Championship gold to his collection as well.

The pathway to his sporting success included two years of feeling down, angry and losing friends.

But he made a friend with an enemy.

“I almost feel like this sport (Para canoe) was made for me,” said Kiss, who first started swimming as part of rehab, until his swim coach discovered talent and potential in canoe. “In fact I had a phobia of water because I almost drowned in water when I was little but luckily I managed to overcome my fears - and water and I are officially friends.”

During his recovery, he had to quickly mature, and while the process was not easy – and he is still in that phase – he learned what helps along the way.

“Sometimes you have to fight to succeed to leave the darkness behind,” Kiss said. “Do not be afraid to ask for help because everyone needs help, whether it is from friends or family or even professional help because even I couldn’t have succeeded without all the help I received from others.”

Athletics
Hodgetts has his own ‘Rocky’ story to share
Imagen