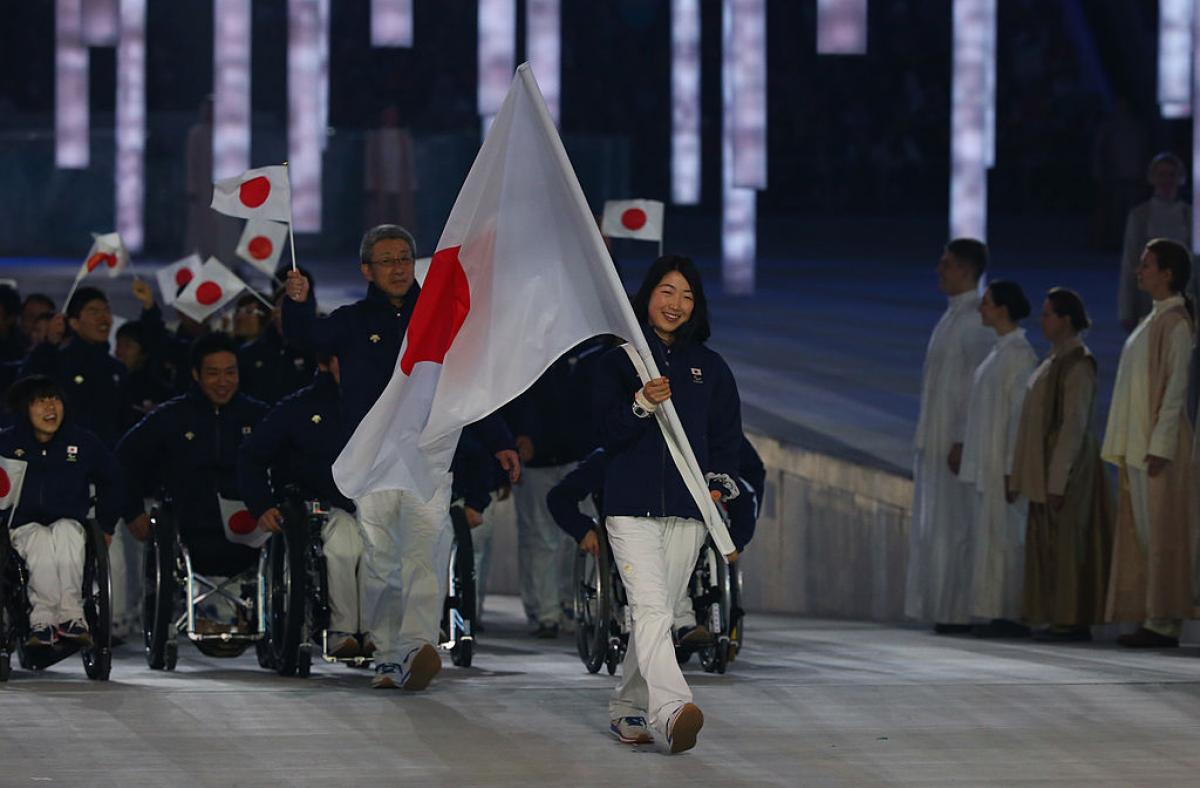 Japan’s legend Shoko Ota is competing at her fourth Paralympic Games but for the first time in Para taekwondo. And she has high expectations.

By beating then-reigning world champion and world No. 1 Amy Truesdale of Great Britain on her way to Japan’s first World Championship medal in the sport – a bronze in the +58kg K44 division – Ota has proven she has what it takes to win.

“I was surprised to beat Amy. There’s a big difference between Japan and other countries [in Para taekwondo]. Getting my medal was close to winning a Paralympic medal!”

After a sensational skiing career, Ota had already transferred into a mentorship role after retirement. In 2015 she met Japanese taekwondo star Yoriko Okamoto – the first Japanese athlete to win an Olympic medal in the sport (bronze at Sydney 2000).

Para taekwondo had just been named the newest Paralympic sport and Ota agreed to help the team by sparring with new athletes, as Japan had no registered women in the sport. 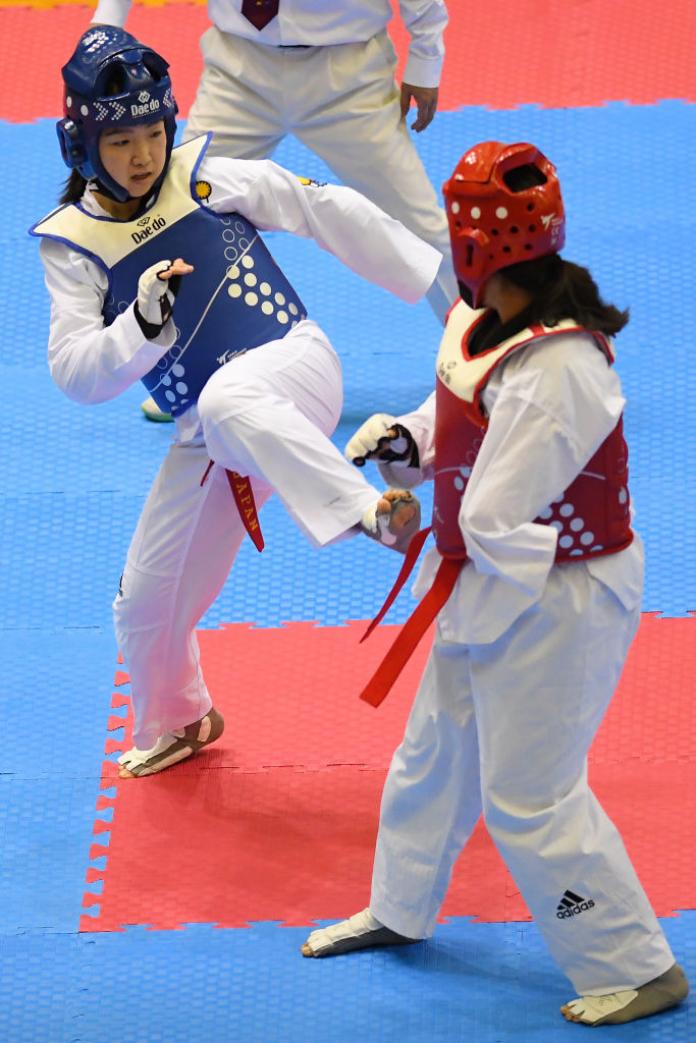 “They are very different, as you know – summer versus winter is different for an athlete,” she said about making the switch. “I can practice taekwondo myself. In biathlon, there were many things to do – shooting, different kinds of ski training … It was a shock to me that I even started taekwondo.”

Her success in the sport was also a surprise to her. Her Worlds bronze led her to set her sights on qualifying for Tokyo 2020.

Sports has always been at the forefront of Ota’s life.

Born without fingers on her left hand, she started skiing in third grade and was recruited to the national team by the ninth grade.

She became Japan’s youngest Paralympian when she competed at Turin 2006, where she picked up bronze in the 12.5 km individual standing biathlon. Four years later, at Vancouver 2010, she won silver in the standing sprint classic style cross-country.

Her dogged determination, impressive performances, and sparkling personality led the Japanese Paralympic Committee to ask her to lead the team into the Opening Ceremonyat Sochi 2014 as Japan’s flagbearer.

“The Paralympic Games are a special event – different than other competitions,” she said. “I treasure my experience of meeting so many people.”

It was during this time that she garnered the nickname ‘Cherry Smile’.

“It’s because I was born in the Yamagata prefecture, which is famous for its cherries,” she said – with a smile.

Yet, despite all of her sporting successes – in skiing, in biathlon, in Para taekwondo – her favourite memory does not come from the track or the mat, but from what it allowed her to do outside sports.

In 2011, East Japan was rocked by one of the most powerful earthquakes ever recorded, causing a devastating tsunami that reached over 40 metres and traveled over 700 km/h.

The 31-year-old jumped into action.

“I helped at a soup kitchen for victims,” she remembered. “When they saw my Paralympic medals, [their reactions] were my most memorable moment in sport.” 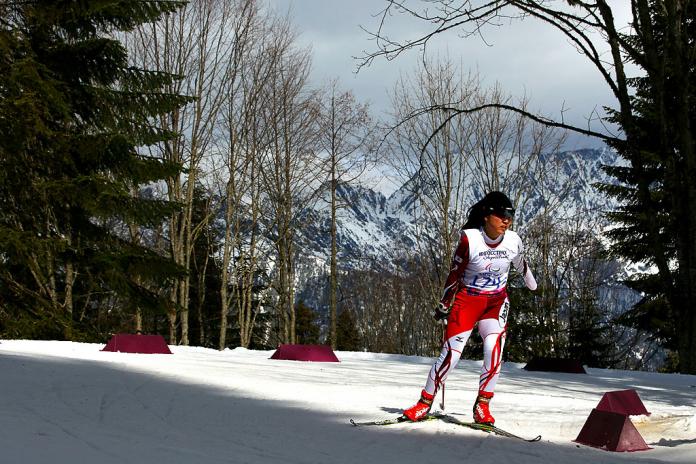 Ota will attempt to capture one of the sport's first Paralympic medals on offer.

“This will be the most important competition for me ever. I need to adapt the cheering – not for pressure, but for power – and to use that.”

Competing at home for the first time in her long Paralympic journey provides unique challenges.

“Even if the environment has changed, I should stay the same,” she said, adding that she would follow the advice she gives to all first-time Paralympians, “Enjoy everything – including the pressure!”

“In Japan, there are other martial arts like karate and judo. By doing my best in Tokyo, I hope to increase taekwondo’s popularity in Japan,” she said.

“I will stand on the court smiling, because I love Para taekwondo – and I enjoy smiling!” 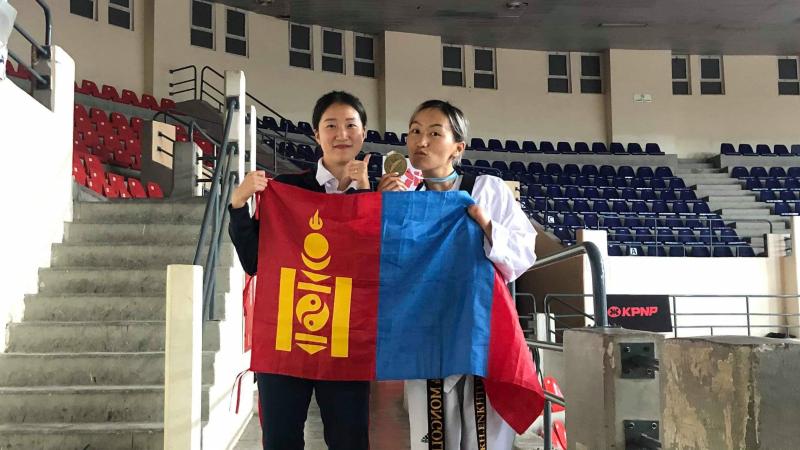 Taekwondo
Khurelbaatar on a mission to inspire
Imagen 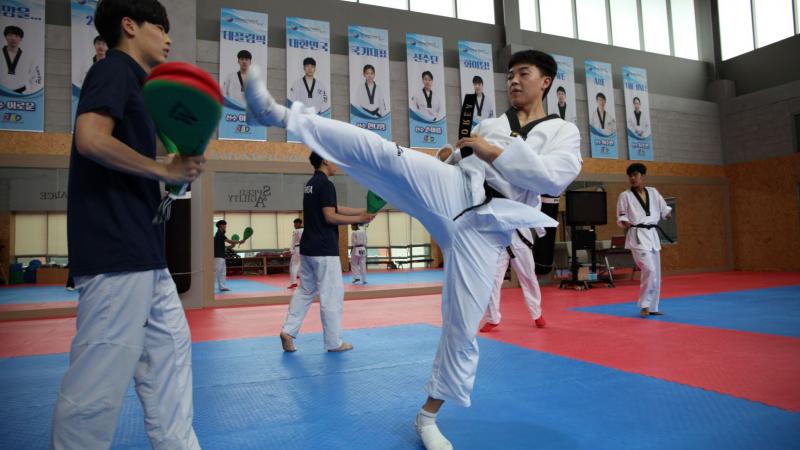 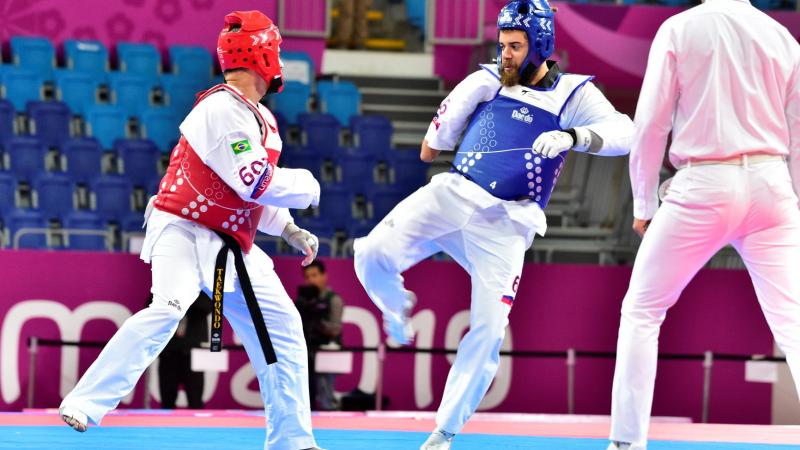