Jessica Applegate reveals how she swam over obstacles 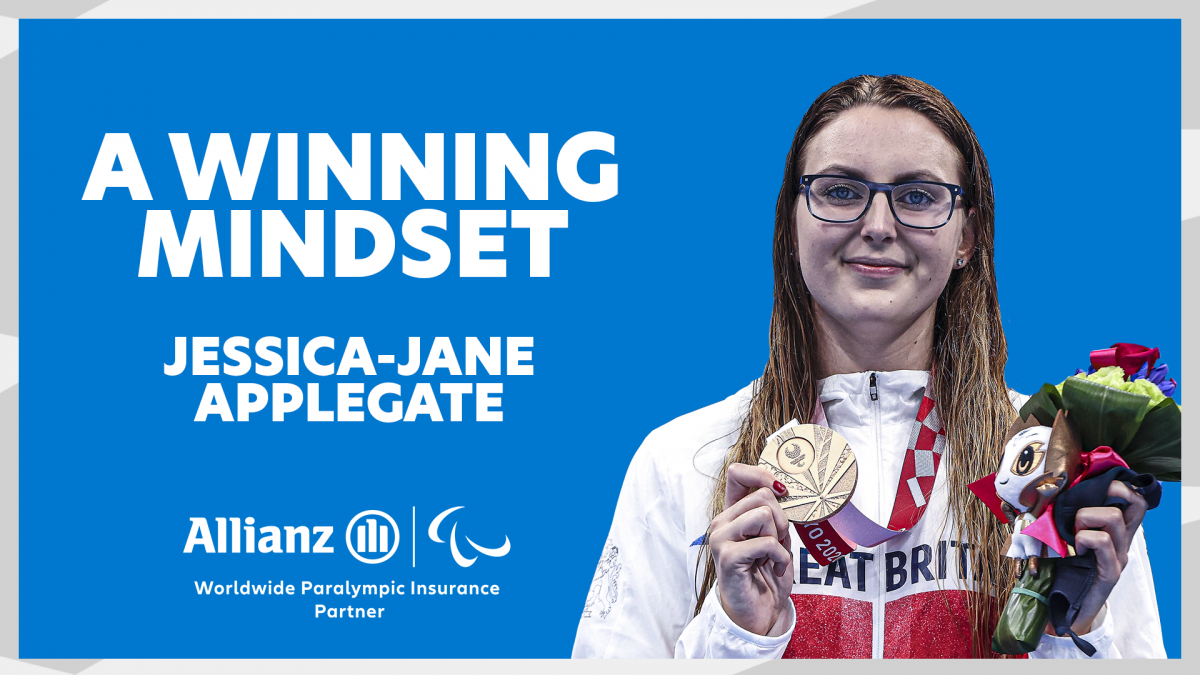 When you are swimming against the tide, the victory seems sweeter. British Paralympic swimmer Jessica Jane Applegate is no stranger to dealing with adversity.

In the International Paralympic Committee and Worldwide Paralympic Insurance Partner Allianz’s podcast ‘A Winning Mindset – season 2’, Applegate reveals how she fell in love with swimming as an infant, and the challenges she overcame enroute to her success.

SWIMMING - A SENSE OF SECURITY

“I guess because I could stay afloat, I felt like it was somewhere I could be normal.”

She says, most of her friends’ circle were from her swimming activities. For Applegate, interacting with people has always posed a challenge.

“I’ve spent my whole childhood dealing with people so now I just try to blend in. I get a sense of security with swimming. I don’t really like busy places, but I think when you’re in the pool, everyone is in the stands and they can’t get you, like you’re away from them. And you’re obviously busy. I’m thinking about my race. I’m not really thinking about them. Also, when I take off my glasses, I can’t see, so to me they are not really there,” said the 25-year-old to series presenter Andy Stevenson.

The water provides a kind of safety net for the swimmer who was diagnosed on the autism spectrum. During lockdown she was fortunate enough to receive a hot tub at her home which helped with training.

“I think it helped with peace of mind more than anything. Some days were hard during lockdown. It was nice just to be able to go out there and do a little swim.”

For her being on familiar ground was the most important part. “For me, my family is at home, my dogs are home and everything I need is here. I think looking after my mental health, at that point, was more important than going somewhere that I didn’t really know just to train and not be able to do anything else. I think we made the best decision to stay here because my family helps me a lot.”

For Applegate, her mother is the central figure in her life. “My mother spent 10 years driving me to the pool and back. She woke up at odd hours and waited in the car while I practiced and that takes so much dedication. I wouldn’t have made it without her. But as I’ve gotten older, I have taken on a lot of responsibility.”

Dawn Applegate explains that her daughter had always had a lot of development problems. Growing up in school was also challenging as she needed learning support.

“Life throws all sorts of things at everybody in general, doesn’t it? I think as a family, we just got together and got on with things. Jess has had lots of operations on her feet. Through her whole childhood and adulthood, she has had many surgeries. Literally nine weeks before competing in Rio she had throat surgery. Several weeks before the London Paralympics she had surgery. It has just been her whole life. We don’t know any different. When you are in that environment, and you see it that way, you get used to it and I wouldn’t want to change her for anything.”

At first the family was unaware of any mental illness. “We really didn’t know that Jess had autism. We were told that she was diagnosed with learning disabilities. She had a lot of learning problems which are not visual. So, people assumed she was normal.” 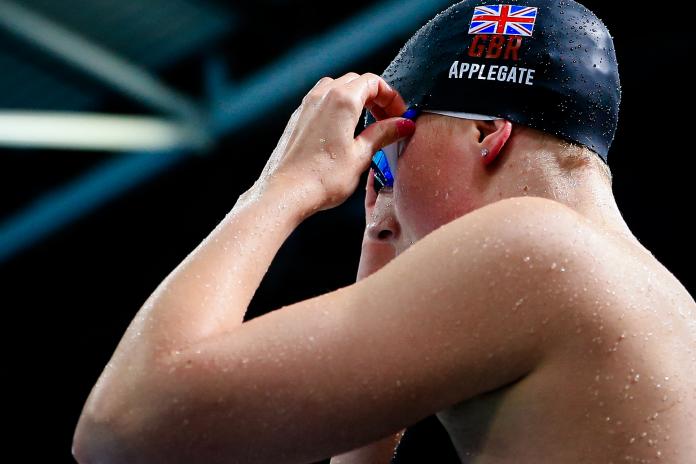 Swimming was a perfect platform for her.

She has now learned to draw. Her mother admits, “It has taken her five years and we are so proud of her achievements. She needs a routine to remember things as she forgets very quickly.”

Her coach Alex Pinniger ensures that he is always connected with  pre and post events. “My coach is almost like a father figure helping me out with everything. I also have my partner who is pretty good at listening.”

“I think she can achieve anything if she puts her mind to it,” says her mother whose advice to other parents is, “Never give up on your children or doubt them. We all make mistakes, learning disabilities or not, let them have a go.”

Dealing with being alone at tournaments has always been tough for Applegate. She says that it took 10 years, but she’s slowly learnt to manage. “If I’m trying to learn like a new thing in swimming, it takes me a long time. I used to be told repeatedly. Sometimes I just react to something without thinking about the consequences.”

Applegate believes one can achieve anything once you have set yout goals right. “Ignore what anyone has to say. If you believe that you can, you can do it.”

“It is a feeling of peace, happiness, and silence. Just hearing the water as your hands glide through is just amazing. It’s what I love most about swimming. It was somewhere I could escape to. I felt a sense of normalcy. It was something I enjoyed too.”

Despite the obstacles, the swimmer has triumphed. She was appointed Member of the Most Excellent Order of the British Empire [MBE] in the 2013 New Year's Honours list.

Applegate is in no mood to rest on her laurels and has already set sights on the next Games.

“I’m looking forward to Paris 2024. I just keep my fingers crossed that I’ll make the team.”

A Winning Mindset is a multiple award-winning podcast. To listen to Series One and Two, find it on: https://podfollow.com/a-winning-mindset

Allianz is a long-standing partner of the International Paralympic Committee. Together, we bring you this series of podcasts. We will introduce you to stories with Paralympians that will spark confidence in your everyday life. Stories of challenges, ups and downs, determination, and excellence. Stories that demonstrate the true power of having the right team behind you. And prepare you for what’s ahead.

The Paralympic podcast series is presented by British broadcaster Andy Stevenson, who has reported on the Paralympic Games since 2012 for BBC and Channel 4. Featured athletes include Tatyana McFadden, Millie Knight and Marcel Hug. Make sure you subscribe to hear upcoming episodes! 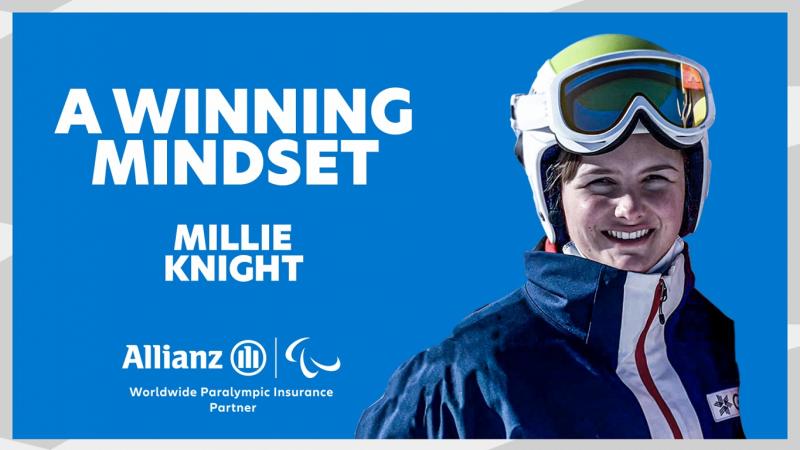 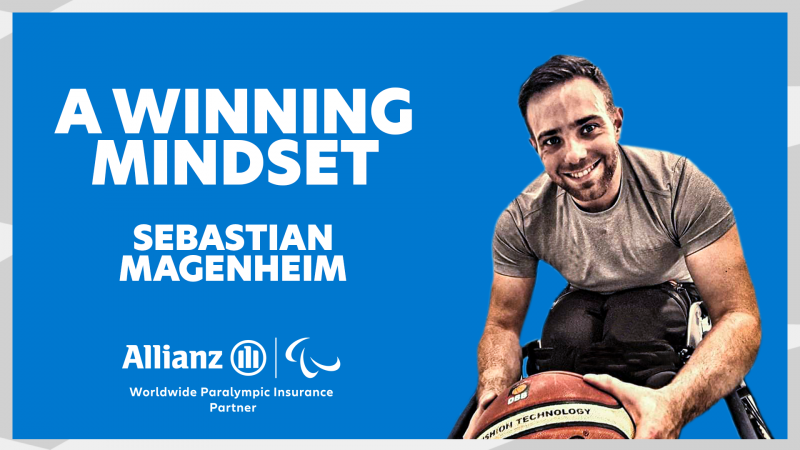 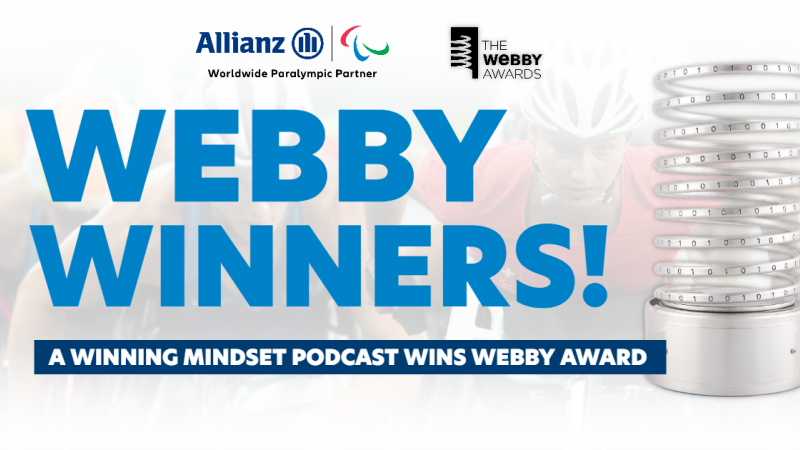