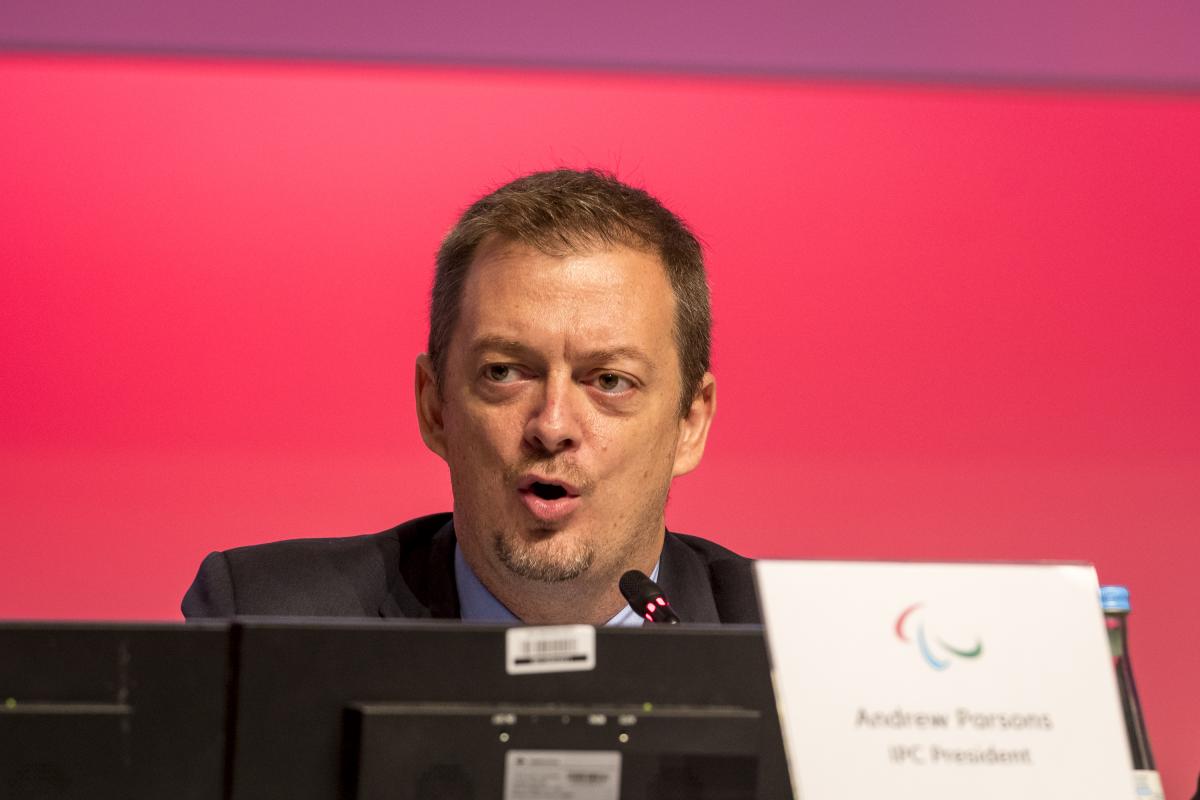 The International Paralympic Committee’s (IPC) Andrew Parsons stated that improving classification will be his top priority for his next two years as President.

Speaking to more than 125 IPC members at the 19th IPC General Assembly in Bonn, Germany, (25-26 October), the Brazilian outlined the IPC’s main achievements since his election, before focussing on his number one priority going forward.

Among key achievements he outlined were the long-term partnership with the IOC, the ongoing Governance Review, the publication of the new IPC Strategic Plan and improving relations with IPC members. He also paid tribute to the work of his fellow Board members who were elected alongside him in September 2017.

“When I was elected IPC President, improving the relationship and establishing a long-term partnership with the IOC was my number one priority,” said Parsons.

“Over the last two years, we have probably gone from a low point in our history together, to our high. The relationship is now extremely strong and that is underlined with a record number of Paralympic representatives on IOC Commissions and the two management teams respectively working much closer together.

“Another priority area for me as President has been to transform the IPC’s culture to make it more membership-focussed and more athlete-centred. Since my election I have visited 45 NPCs, the equivalent of one member every two and a half weeks, four Regional Assemblies, as well as meeting several international federations at multiple sport events. Under the leadership of our new CEO, Mike Peters, the management team also has made changes to better engage members and we will continue this going forward.

“We want the IPC to be an open and transparent organisation with open dialogue and trust at its core.”

Parsons outlined that his number one priority for the next two years will be classification.

“As a Board, we know more can be done to further develop classification. We cannot continue what we’ve been doing for the last 20 years as the Movement has grown and moved on a lot.  We are committed to change.”

The IPC Governing Board also committed that when the IPC Athlete Classification Code is next reviewed, the consultation process will include:

•    Consultation on what might constitute ‘major changes’ to classification rules.
The consultation process will be initiated following the extraordinary General Assembly in December 2020.

Sir Philip said: “I am absolutely thrilled and touched to become a Lifetime Member of the IPC, an organisation that has played such a huge role in my life, both as an athlete and sports administrator. I would like to thank the IPC Governing Board and members for granting me this status, it’s an absolute honour, and I look forward to attending the 2021 General Assembly with my new status.”

PAST AND FUTURE GAMES

Ki Hon Kim, Chief Executive Officer, of the PyeongChang 2018 Organising Committee gave a review of the record-breaking Paralympic Winter Games and provided details of the legacy left by the event in South Korea.

Tokyo 2020’s CEO Toshiro Muto spoke of his Organising Committee’s commitment to deliver the most innovative Games in history and bring positive change to the world during his update to members. He highlighted that a record 390,000 applications had been received during the first Paralympic ticket lottery and talked about a schools ticketing programme to invite 700,000 youngsters to the Paralympics. 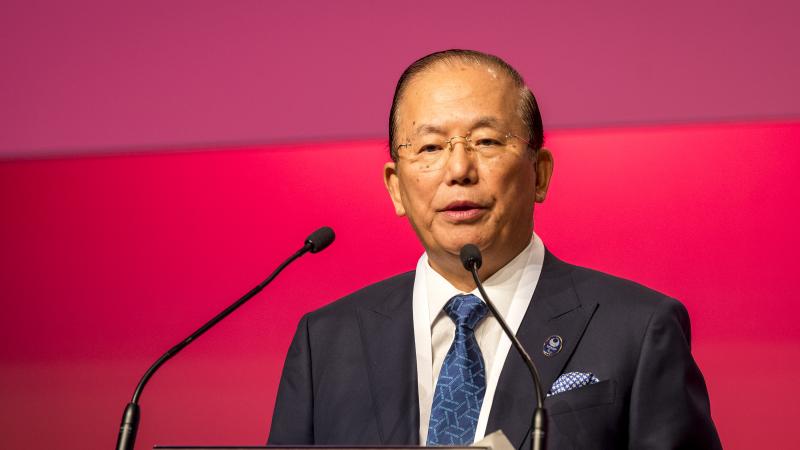 “Fifty-five years ago, Tokyo held the Olympic and Paralympic Games and we are honoured to be the first city to host the Paralympics for a second time,” said Muto.

“We aim to deliver unforgettable Games, positive legacy across all sections of society and contribute to the further development of the Paralympic Movement across the world.”

Paralympic champion and NPC France President Marie Amelie le Fur opened the Paris 2024 presentation before handing over to Organising Committee President Tony Estanguet. During his speech, the three-time Olympic champion in canoe revealed that 83% of the French public are positive towards the new Paris 2024 emblem which was launched on Monday (21 October). 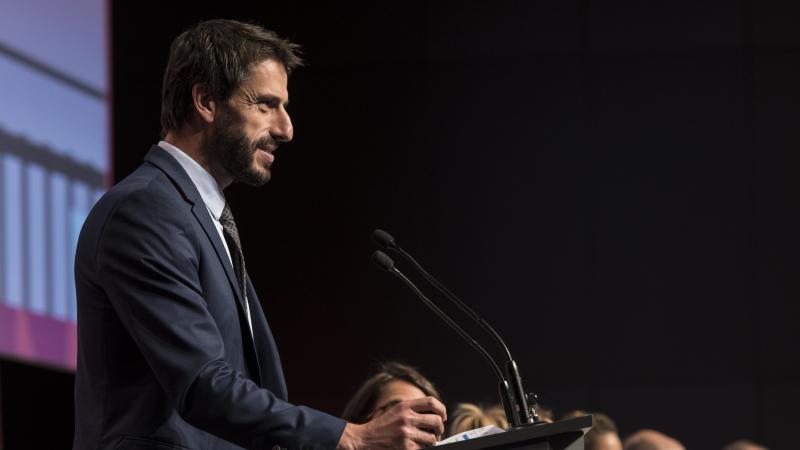 The IPC membership was also updated on preparations for future Paralympic Games by the Organising Committees of Beijing 2022, Paris 2024 and Los Angeles 2028 and received very positive feedback.

The IPC membership discussed and voted on several motions during the meeting.  Amongst those approved were:

•    For the IPC to consider the feasibility of introducing translation of its official communications into other languages to help the inclusivity for its members.

•    If needed, the Chairperson of the Athletes’ Council may also work on the basis of a service agreement and receive an appropriate remuneration or compensation.

•    The Governing Board is responsible for the conclusion, content and termination of the contract with the President, Vice President or Chairperson of the Athletes’ Council with the respective holders of said roles not involved in the decisions.

•    For the IPC to consider the introduction of post-nominal letters for athletes who have competed at a Paralympic Games as a symbolic recognition of their achievement and status in society.

•    Amendments to the IPC Constitution.

The IPC aims to hold an Extraordinary General Assembly in late 2020 to approve proposals that will be put forward as part of the organisation’s first Governance Review for 15 years. 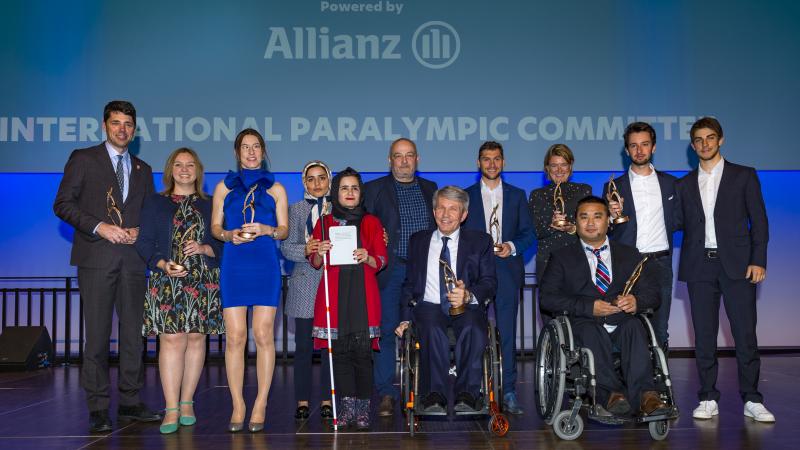 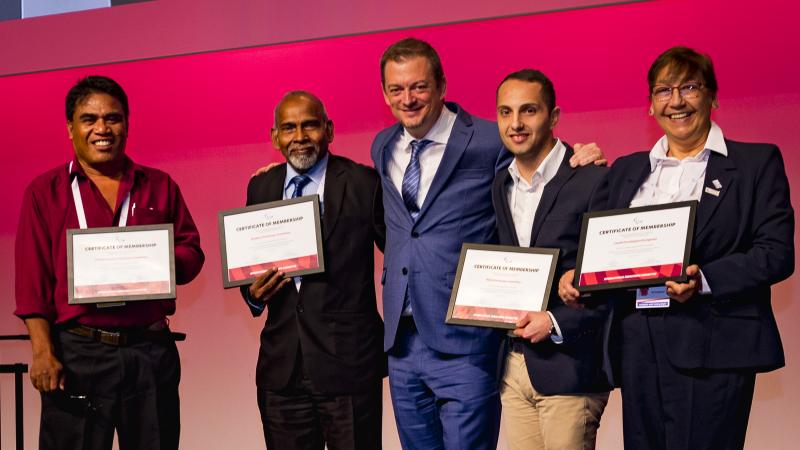