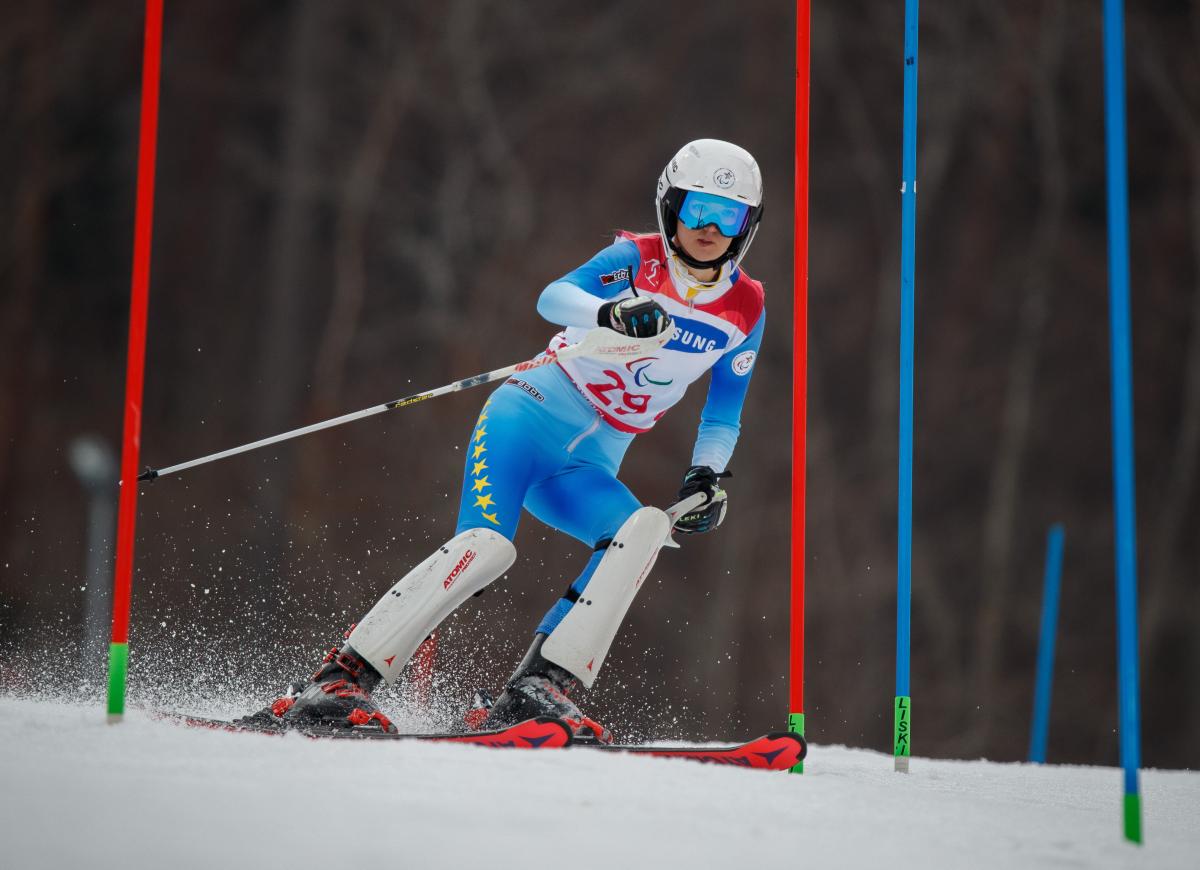 “I trained hard to also compete at PyeongChang 2018, where everything got better. Competitions are harder; there are more athletes and more countries. Every four years it gets bigger and better.”

“You will not be able to walk.”

Ilma Kazazic was born with cerebral palsy and her doctors assured she had very little chances of walking. But from day one her parents instilled in Ilma a strong work ethic and mentality. Nothing is impossible if you have the will to do it.

At 19 years old, Kazazic has already competed in the alpine skiing standing category at two Paralympic Winter Games, becoming the first Bosnian female athlete to do so.

“I never had issues with my social life because of my impairment, but my doctor said I would not be able to walk when I was a kid,” she said. “My parents always had faith and supported me. And here I am now, participating at the Winter Paralympics.”

Kazazic took up skiing at a young age, encouraged by her father who “loves skiing”.

“My parents always wanted me to develop as many skills as possible to open up many possibilities for my future. Both of them used to play instruments, so they also took me to piano lessons. I enjoyed it very much, used to play classical music and my favourite composer was Joseph Haydn.

“They also sparked my interest in technology and computers. Actually, I am now studying information technology. It is my top priority to graduate from university. Skiing is very important but studies come first. My professors are very supportive, though, to adapt my calendar so that I can do both things.”

Apart from her parents, another person who Kazazic is highly grateful to is her first coach Senad Turkovic, who passed away two years ago. “Every race I have had and every race I will have are done in his memory. He is no longer with us but will always be in my heart giving me the strength and motivation to do my best,” she said.

“He was like my second father. I began competing after starting to train with him; he made a lot for Paralympic sports in Bosnia and will always remember him.”

It was thanks to the support of her beloved ones, her hard work and natural talent that Kazazic made it to the Winter Paralympics. She became the first female Bosnian athlete to do so at Sochi 2014, at just 15 years old. “I was so young back then, but it was important for me because it helped me grow up.

“I trained hard to also compete at PyeongChang 2018, where everything got better. Competitions are harder; there are more athletes and more countries. Every four years it gets bigger and better,” she said.

Kazazic competed in the giant slalom and the slalom events, finishing 15th and 12th respectively. “I think by competing at the Winter Paralympics I can inspire other women to fight for their dreams and make a difference, either in sports or any other field.”