Tryon 2018: Pressure off for Pepo Puch 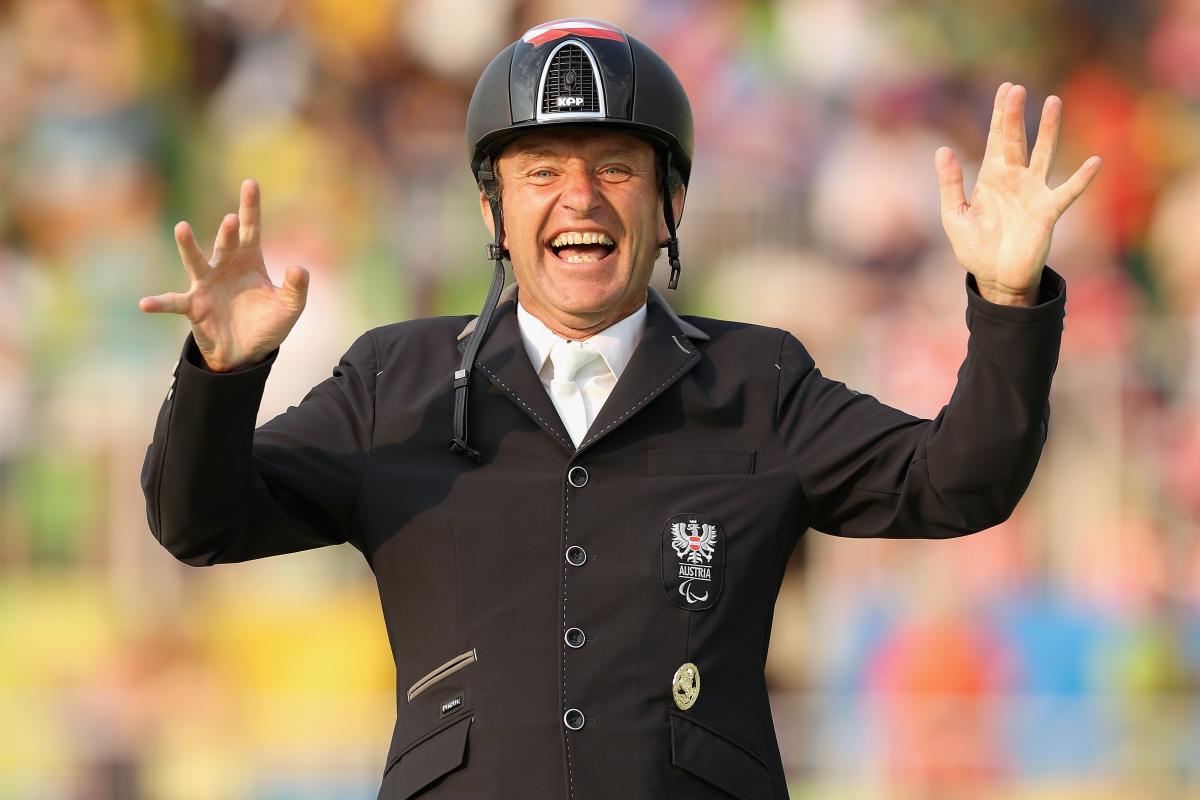 Austria’s most prolific Para equestrian rider Pepo Puch is not new to the World Equestrian Games (WEG). But his horse Sailor’s Blue is, as the competition begins 18 September in Tryon, USA.

The duo will debut together at a major international competition in Tryon, and Puch – a multi- Paralympic and European champion – is managing his expectations.

“It’s exciting to have a new horse, with lots of first time experiences for him, including his first time on an aeroplane,” Puch said.

Puch is completing his first season on Sailor’s Blue, and it has been good so far. The pair has racked up wins at five three-star competitions across Europe this year, including at Italy’s Somma Lombardo and Germany’s big competition in Mannheim.

“The first season with the horse has been good,” Puch added in his normal understated manner. “And he’s gained some good experience.”

Puch, who competes in grade II, has yet to add Federation Equestre Internationale (FEI) Worlds gold to his collection. He came second to Great Britain’s Lee Pearson in both individual competitions at 2014 WEG in Normandy, France.

His rivalry with Pearson, as well as Denmark’s Stinna Tange Kaastrup and the Netherlands’ Nicole Den Dulk makes the grade one of the most closely fought in the whole sport.

“The competition is much more exciting now,” Puch said. “It’s a busy grade which makes it fun to watch and see what happens. Things can change so quickly. Because of that, and being on a new horse, I don’t feel so much pressure.”

The World Equestrian Games mark the mid-way point of the four year summer Paralympic Games cycle, and that is one reason why Puch is riding Sailor’s Blue.

“I’m looking towards Tokyo with my choice of taking Sailor’s Blue to WEG instead of my Rio 2016 and 2017 European title winner Fontainenoir,” Puch said. “My Rio win on Fondy, as we call him, was great, as was the chance to see again the progress of the sport.

“In Tryon the standard will go up again and new leaders will emerge. But it will be wonderful to be in one place with all the other equestrian disciplines again.”

Away from the arena Puch runs his own chimney sweeping business and lives in Switzerland with his wife and their 11-year-old daughter, Lou. Horses clearly are a family thing too, as she has started to follow in her father’s footsteps.

“She’s a rider too,” he added, “and has just competed in her first championships.”