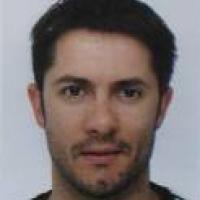 When and where did you begin this sport?
Following his accident in 1992, he discovered skiing and other para-sports during his rehabilitation in Garches, France.
Why this sport?
"During my rehabilitation I discovered new activities like basketball, archery, table tennis, swimming. I wanted to take hold of my life again and keep an open mind to new possibilities. There was no way I was going to become a champion couch potato."
Club / Team
Faucigny Handisport: France
Name of coach
Michael Charriere [national], FRA

Hobbies
Sports in general. (Facebook profile, 15 Jan 2013)
Awards and honours
He was selected to take part in the torch relay for the 2012 Olympic Games in London. (Facebook profile, 15 Jan 2013)
Other sports
He won gold in fencing at the 2000 and 2004 Paralympic Games. He started fencing after his accident in 1992. (talenteo.fr, 06 May 2013; interviewsport.fr, 01 Jul 2010)
Impairment
A skiing accident in 1992 resulted in paraplegia. (interviewsport.fr, 01 Jul 2010)
Other information
OCCUPATION
He works for EDF, France's national electricity provider. (reunion.orange.fr, 05 Jun 2014)

ALL-SEASON PARALYMPIAN
He has represented France in multiple summer and winter Paralympic Games, first competing in fencing at the 1996 Paralympic Games in Atlanta. He chose fencing because it seemed different. "It was a little original. I liked the look of it. It was a new thing to discover, a combat sport, and it is a sport that demands concentration and rigour. There is also this ceremonial aspect about it which I wasn't aware of and found very interesting." (interviewsport.fr, 01 Jul 2010)