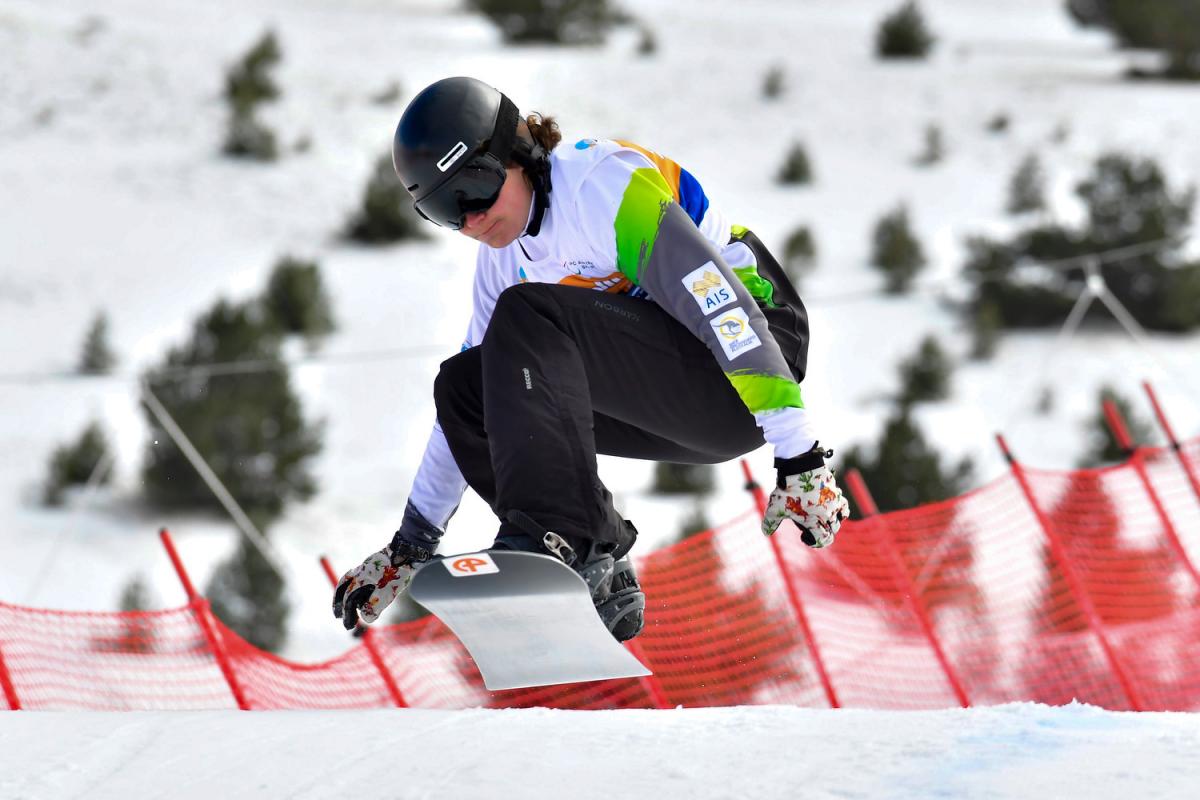 Australia’s Ben Tudhope has hit both highs and lows in a milestone 2019-20 season, which wrapped up with him winning the most coveted award in the Australian Paralympic movement.

The 20-year-old dual Paralympian won the country’s Paralympic Athlete of the Year award on May 12. This recognition followed on his career’s first overall Crystal Globe victory at the World Para Snowboard World Cup in the SB-LL2 class in March.

“It’s a true honour to be named Paralympic Athlete of the Year,” Tudhope told Paralympics Australia. “To be recognised for the achievements that I put so much hard work into… it motivates me to strive for bigger and better things.”

“Coming off a stellar season the year before, winning my first Crystal Globe, I wanted to continue my momentum and challenge myself going forward in every training and competition scenario. I was definitely in it to win it at every stage I could, but it was always about pushing the boundaries to see how far I could take my riding.”

Congratulations to @BenTudhope on being crowned the @AUSParalympics Athlete of the Year! Read more about Ben’s career and what this award means to him here 👉🏻 https://t.co/hQ4RXKO1t2 pic.twitter.com/41XjVEafZQ

Tudhope suffered a devastating blow in November when his coach, Mikko Wendelin, passed away unexpectedly, less than a week before the World Cup in Pyha, Finland.

The young Australian rider went on to sweep gold in the two races and dedicate the victories to his late coach. Overall, Tudhope won two gold and three silver medals over the course of the 2019-20 World Cup season.

“Everything I do out here is for him and he’s in my head every step of the way telling me what to do and how to ride. I just want to make him proud,” Tudhope said ahead of the season’s final races in Hafjell, Norway.

“There’s still a long way to go, and a lot more learning that needs to be done, but I’m excited to continue on the road, and excited for the challenges ahead,” he said.