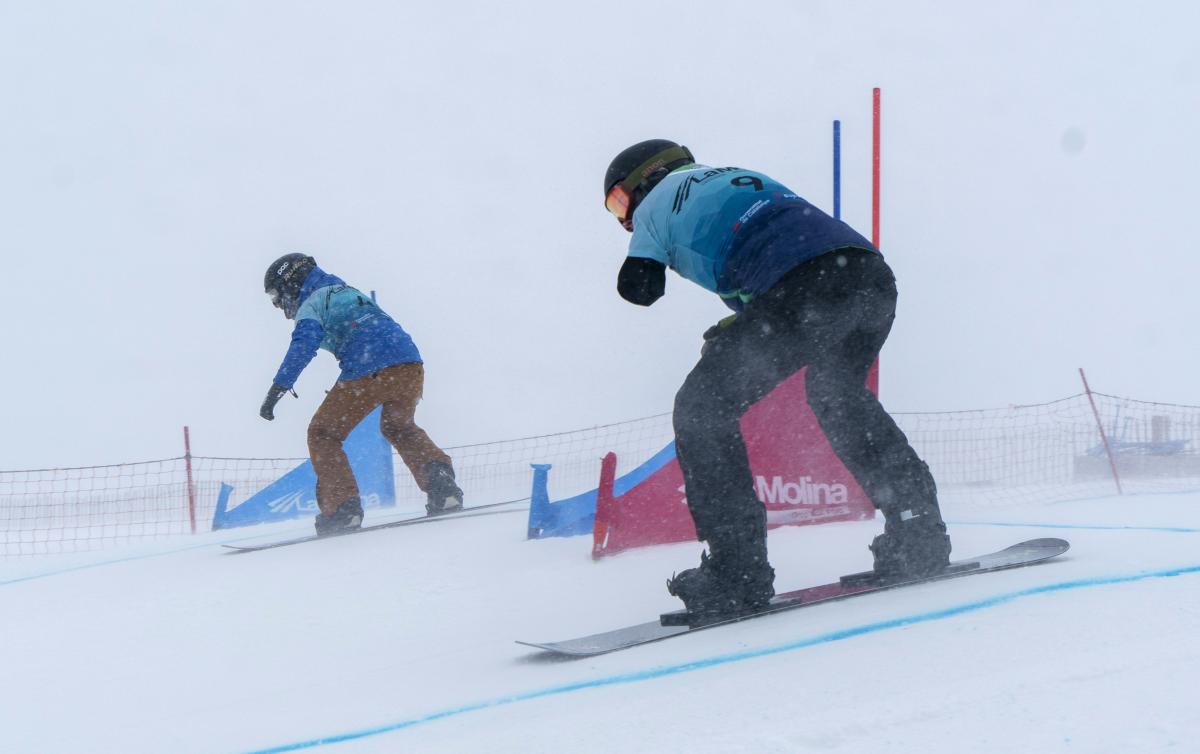 It was a season filled with sadness and elation, national and sporting firsts, and through it all - the individual resilience of the athletes who made the most of every race at the 2019-20 World Para Snowboard World Cup.

Dual banked slalom made its debut at the World Para Snowboard World Cup when La Molina, Spain hosted the first two races in early March. Featuring head-to-head battles on a perfectly symmetrical course, the format was an immediate hit with the riders.

The new discipline got another run at the World Cup finals in Hafjell, Norway and this time it was not only the athletes, but also coaches dropping in eagerly to test the track.

“The new dual banked slalom format is super fun and it’s very cool to compete with others,” said Austria’s Rene Eckhart who was among the discipline’s inaugural winners in the men’s SB-LL1 class. “I think it has good potential for the future.”

The pre-Christmas races in the winter wonderland that is Pyha, Finland were coated in sombre tones this season. Finnish-born Mikko Wendelin, the coach of a multi-national team dubbed the Unicorns, passed away suddenly just days before the competition at his home resort.

What followed was a goodbye fit for a snowboard legend - a vigil on the side of the mountain and a medal-laden tribute from Wendelin’s proteges.

“Everything I do out here is for him and he’s in my head every step of the way telling me what to do and how to ride,” said Australia’s Ben Tudhope who swept gold in the SB-LL2 snowboard-cross races in Pyha. “I just want to make him proud.”

Tudhope not only won every border-cross race this season, but also picked up the overall Crystal Globe. It was the first overall title for the 20-year-old who has been on the World Cup scene since the 2013-14 season.

It was also the first title for Russia’s 18-year-old Viktoriia Iakimchuk, who won the Crystal Globe in the women’s SB-UL class and also topped the rankings in banked slalom.

Mihaita Papara made history for his country in La Molina when he won silver in the men’s SB-LL1 dual banked slalom race, thus becoming the first Romanian Para snowboarder to win a medal at the World Cup.

The milestone result brought him media attention back home while his parents received compliments from strangers in the streets. Papara’s two children, however, were harder to impress.

“My children are very happy with it, but they were like, ‘oh, but it’s wood’ because in La Molina the medals are made of wood, and they were a little bit disappointed. ‘Why is it wood? You said it was silver’,” said Papara, who also finished third in the overall and banked slalom rankings.

“Now I will bring two of them, one for each,” he said of the more traditional-looking overall medals. “I hope the crystal will impress them more.”

Dutch power couple Chris Vos and Lisa Bunschoten held on to their overall titles for the second year with a victorious streak in the men’s SB-LL1 and women’s SB-LL2 classes.

The riders also won the Crystal Globes in banked slalom and head into next year’s World Para Snow Sports Championships as the ones to beat.

Even though her main rivals, both from the USA, were missing on the circuit, France’s Cecile Hernandez put in her best effort in the women’s SB-LL1 class this season.

While Brenna Huckaby gave birth in January and Amy Purdy was not able to compete due to injury, Hernandez was in danger of missing the races as well when she broke two vertebrae in January.

However, the French rider persevered and was back in March to maintain her perfect record and inspire more women to compete in the sport.

“For me it’s like a mission to stay here, to stay on course and prove that this category is still here,” Hernandez said.

Owen Pick made the entrance of the season during the awards ceremony at the World Cup finals in Norway.

As his name was called out over the loudspeakers again and again, the British rider rolled down from the mountain slope straight to the podium amidst cheers from spectators.

Pick’s victory in the men’s SB-LL2 race in Hafjell also earned him the banked slalom Crystal Globe, the first such award for the rider in his six years on the circuit.

“It’s been mental,” Pick said. “I was like, ‘Jesus, I’ve never been in this position before’. I’ve never had a Crystal Globe or anything. Then coming into this event, I was like, ‘OK, let’s see what happens’, and I managed to pull it off.” 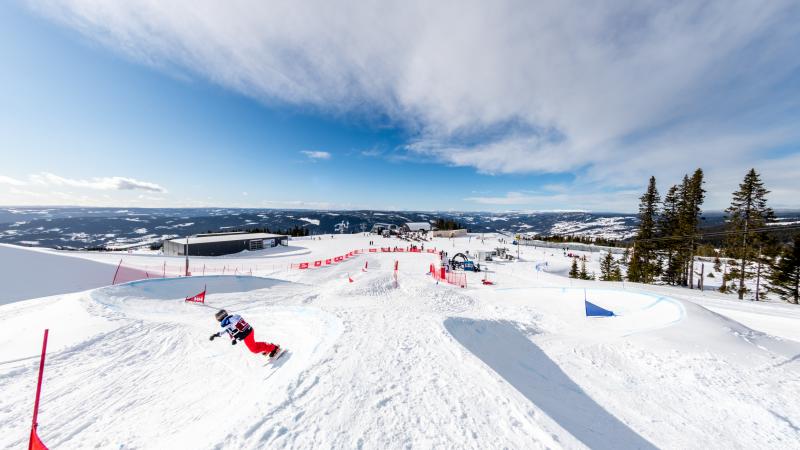