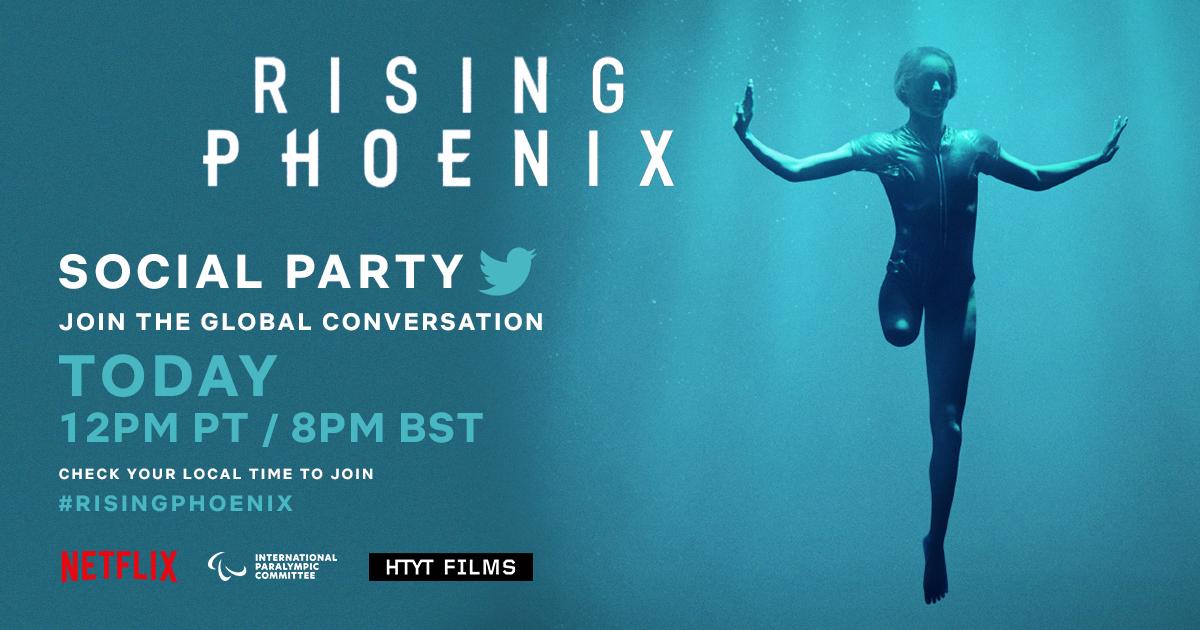 A #RisingPhoenix social party to celebrate the ground-breaking Paralympics documentary launch will be held on Saturday (29 August) at 9 p.m. CEST. Athletes and their families, teams, coaches and friends; and Para sport fans around the world are invited to press play on Netflix at the same time and share their reactions to the film on Twitter, Instagram and Facebook using #RisingPhoenix.

"It's as if I was trying to escape what happened. I run to escape."

Featuring nine Paralympians from across the world, this cutting-edge movie tells the remarkable story of the Paralympic Games from the rubble of World War II until becoming the third biggest sporting event on the planet.

‘Rising Phoenix’ examines how the Paralympics have sparked a global movement throughout the decades and shows how it continues to change the way the world thinks about disability, excellence, diversity and human potential.

The title track from the film ‘Rising Phoenix’, scored by Daniel Pemberton and performed by Krip Hop Nation, is available to download from all major online outlets.