'You have to believe that you’re the best out there to become the best,' says Canadian Para alpine skiier 10 Jul 2020
Imagen 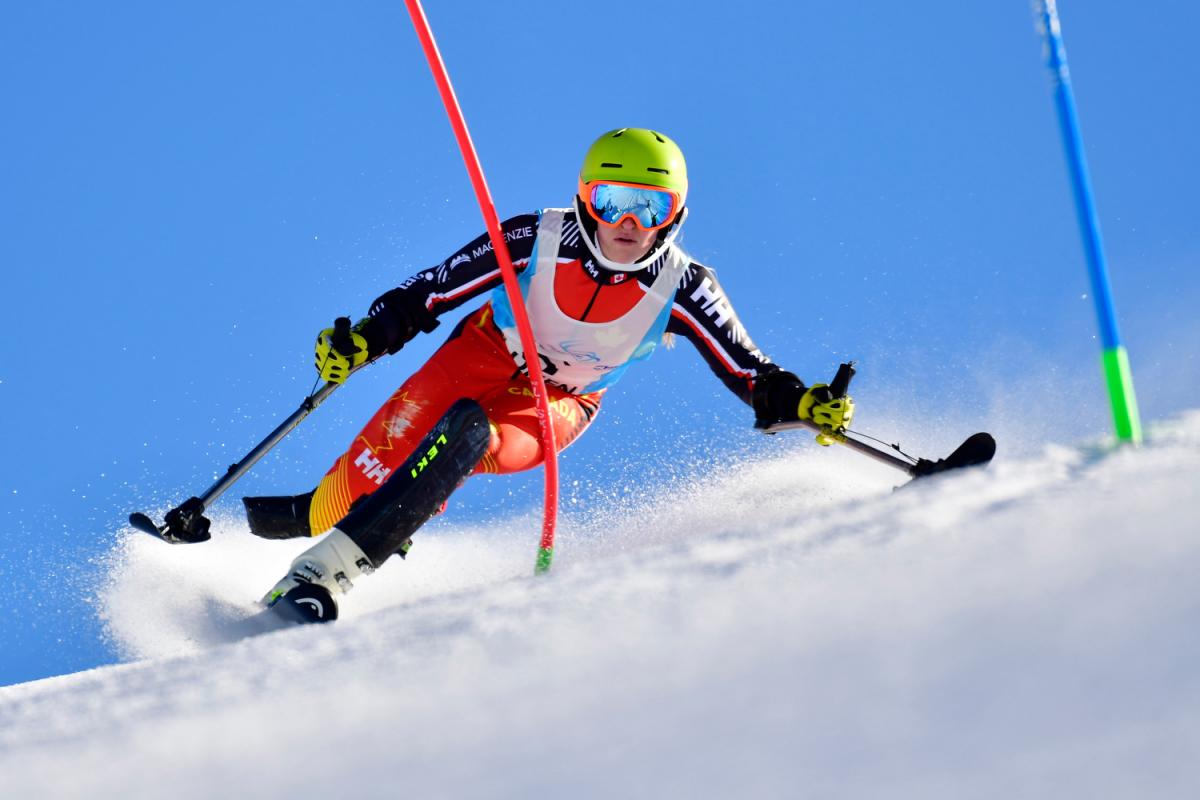 It was the same mountains, the same snow, and the same skiing disciplines to tackle, but when Frederique Turgeon went out on the slopes for the first time after breaking her leg, the skier felt as if she was re-learning the sport she has practised since her infancy from scratch.

The Canadian had to learn how to ski in a new way – this time on one leg – since the risk of injury ruled out skiing using both lower limbs.

Now, after several challenging years, the 21-year-old is reaping the rewards for her tenacity.

Turgeon won three medals at her debut World Championships in 2019 and two months later finished the World Cup season with the overall slalom title in the women’s standing class. In the shortened 2019-20 season, she got two fourth places at the three World Cup stops she raced in.

Not relying on lower body strength is something Turgeon has been accustomed to since she was a child. Born with a congenital femoral deficiency, her right leg is 50 percent shorter than the left and Turgeon has focused on balancing that out with a strong upper body.

“When you’re a kid and you have one bad leg, if you go climb a tree or anything, you got to use your upper body and not your legs,” she said. “I always have been very strong in the upper body and my lower body was my weakness.”

Turgeon first competed in Para alpine skiing on both legs, using a prosthesis, until she broke her right leg in a crash in late 2013. As the limb was now more sensitive and there was a high risk of re-aggravating the injury, Turgeon was advised to adapt to skiing on one leg.

But when she returned to the slopes in the 2014-15 season after a year-long break from the sport, Turgeon struggled to match her former flow.

“It was a huge adjustment because you’re used to skiing on two legs and then someone just goes, ‘Oh, ski on one leg’,” she said. “You think your legs are strong until you ski on one leg and then you’re doing four turns and you have to stop because it’s really tiring.”

The change was so drastic that Turgeon said she would have quit the sport if not for fellow Para alpine skier Thomas Walsh of USA who motivated her to stay on the circuit.

“I was going to quit but he kind of convinced me not to without knowing he was doing that,” Turgeon said. “That year he won a World Cup and I was like, ‘It looks awesome. I kind of want to do it’, and the more I talked to him, the more he convinced me to continue and push myself to achieve that and I’m thankful about this.”

Turgeon not only matched Walsh’s accomplishment of winning a World Cup race, but also took the overall title in slalom last season. It was the only Crystal Globe in the women’s standing class that did not go to French skiing superstar Marie Bochet.

The Canadian skier attributed her breakout season to custom training that is targeted at making her skiing leg stronger.

“The major issue with me is that I didn’t train so much at first, so I found it was really difficult to actually ski and do a full run on one leg,” Turgeon said. “I didn’t have the strength to do it. It was hard mentally and physically to deal with all that.”

Her other superpower is a positive mindset.

“It’s just a mental side of it and I think in an athlete, it’s 50 percent mental, 50 percent physical. The power of the mind is crazy. If you train it well, you’ll get there,” Turgeon added.