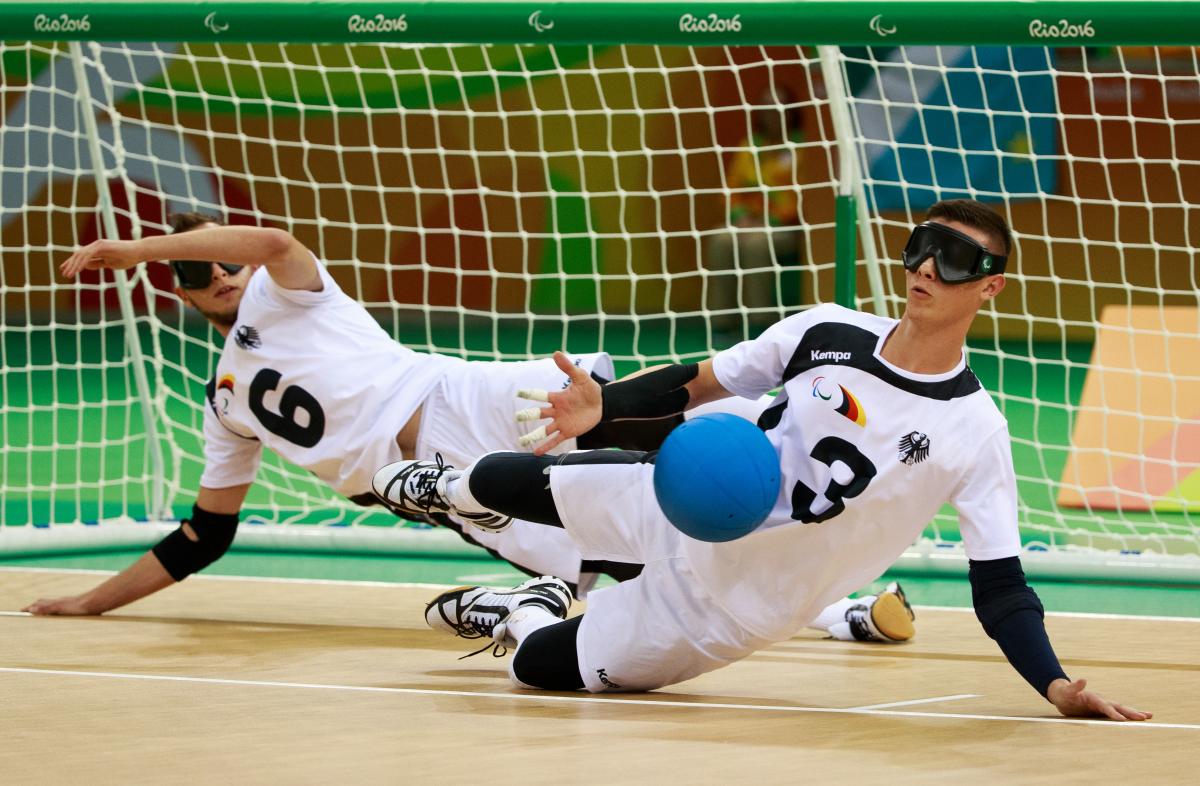 Goalball is one of the oldest Para sports, forged from the flames of the World War II. Today this historic game has transformed into a dynamic, fast-paced exchange of speed, accuracy and skill.

1. The basic premise of goalball is to score goals by quickly and precisely throwing a 1.25kg ball and defending shots from the opposing team. Each team has three players on court who can use their entire body to stop the ball, throwing themselves to the floor in the right position. The floor is not cushioned and there is no face protection other than eyeshades, making goalball a tough sport both mentally and physically. To make it even more challenging, the goals span the width of the 9m court. 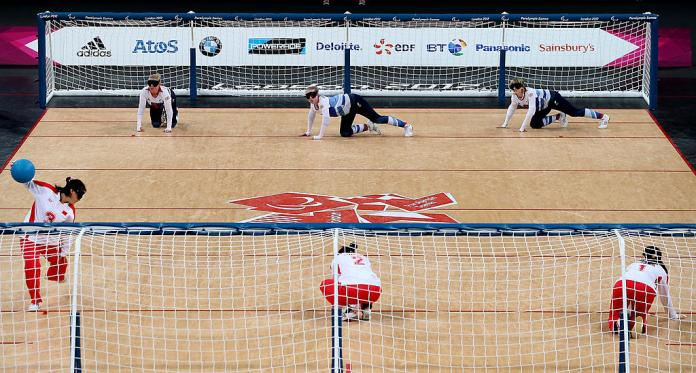 2. In 2021, goalball is celebrating 75 years since it's inception. Austrian Hans Lorenzen and German Sepp Reindle came up with the basic concept of the game in 1946 as a way of rehabilitating blinded World War II veterans.

3. Following a successful demonstration at Heidelberg 1972, goalball was inducted to the Paralympic programme at Toronto 1976; the first team sport for athletes with vision impairments. The Austrian men, perhaps fittingly, took the maiden title. The US claimed the first women’s title eight years later at New York 1984.

4. The ball contains several bells so that players can locate its position. At the Paralympic Games, the ball has been measured hurtling across the court at 60km per hour. 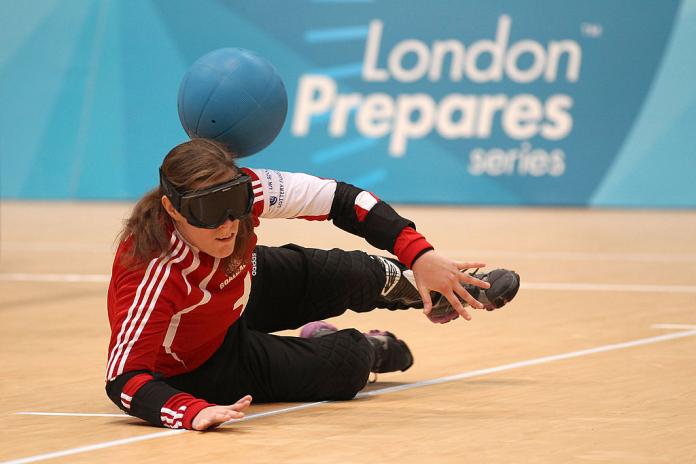 5. Growth in the first few decades of the sport was centred in Europe, where the first regional Championships were held in 1983. However since the start of the new millennium, the Americas, Asia-Pacific and Africa have all held their own official Championships. A youth World Championships has also been held every two years since 2005.

6. Goalball is a growing club game with many players competing on a weekly basis in national and international leagues, such as European Goalball Club Association Champions’ League. 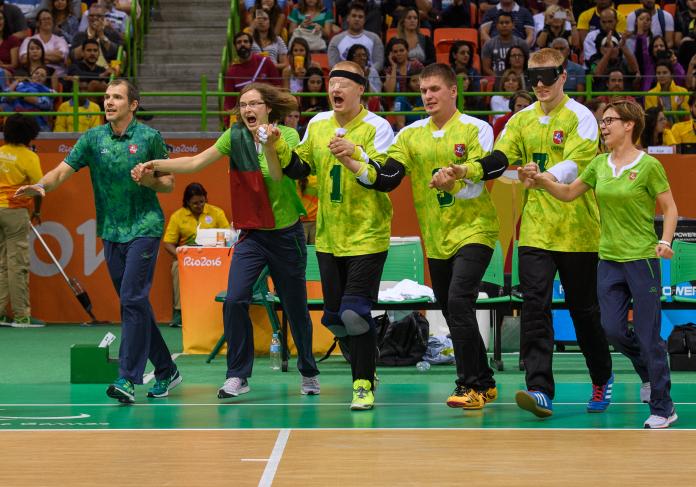 7. The variety of ways that a goalball can be thrown has led to the evolution of some creative deliveries over the years. These include the ‘Brazilian Special’ – backwards through the legs – and variations of the ‘discus’, where a player rotates their body like a discus thrower. 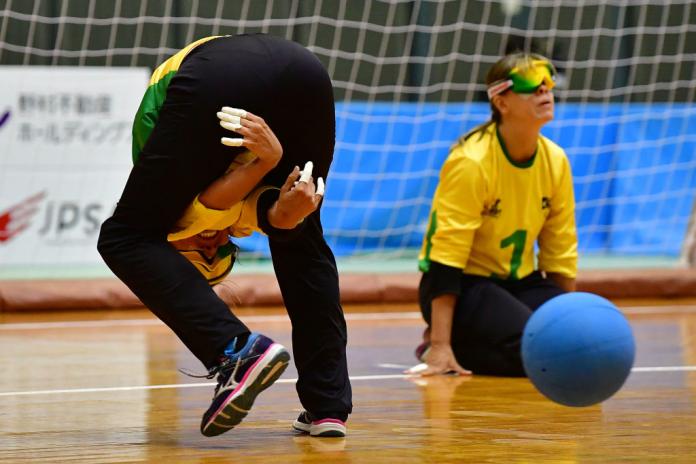 8. The US women are the most successful team in the history of the sport with six Paralympic and eight World Championships medals to their name. The US are the most decorated overall at the Paralympics with 12 medals shared between the men and women, including three golds.

9. Players wear eyeshades to ensure a level-playing field where athletes with complete blindness (B1) compete with and against those with less severe – but still acute – vision impairments (B2 and B3). In addition, the goalball court is marked with raised lines so that players can feel their location at any time. 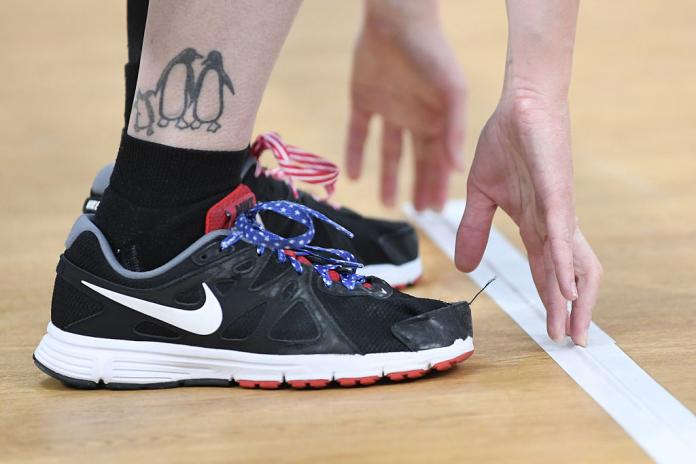 10. To ensure that players can hear everything that is going on and properly absorb the intensity of the atmosphere, spectators must be completely silent during play.