One of the first competitive snowboarders in the world, USA rider shares her passion about the sport that changed her life three decades ago 10 Jun 2020
Imagen 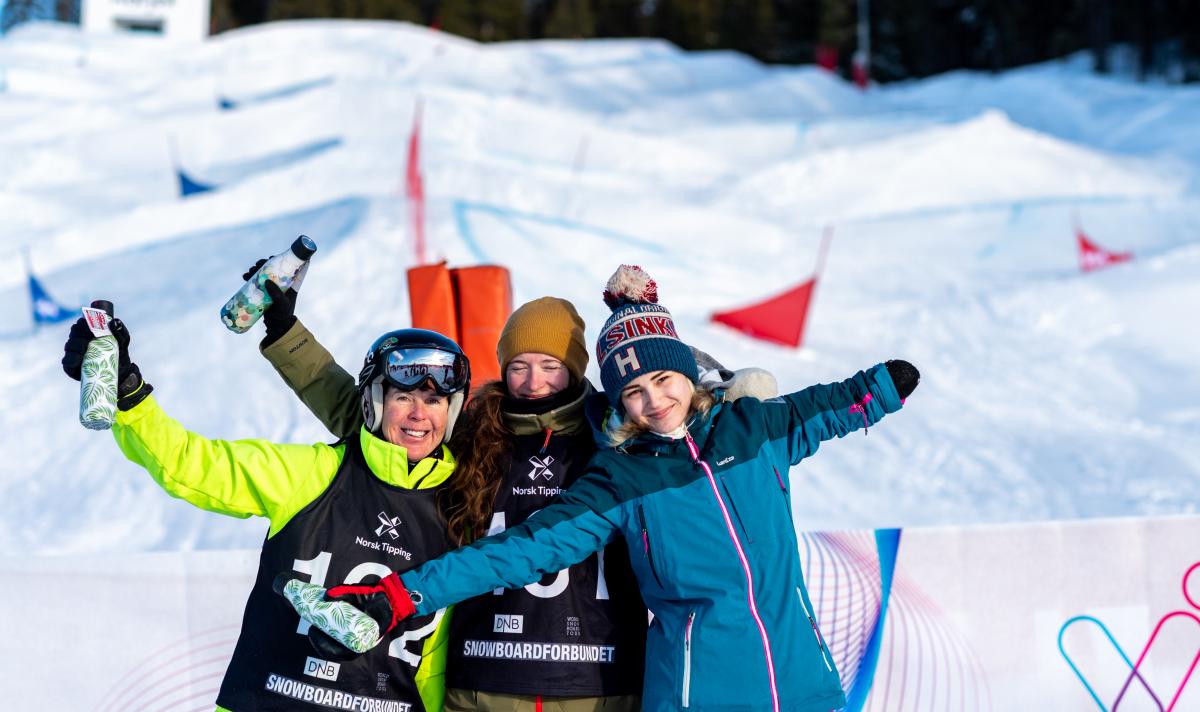 Peggy Martin is used to walking the road less travelled - to start, as one of the first competitive snowboarders in the world.

Then, as one of the first - and currently oldest - competitors on the Para snowboard World Cup circuit.

Now 56 years old, the USA rider is just as excited about her chosen sport as she was three decades ago when she was wrapping her boots in duct tape and giving inter-views to reporters who insisted that “snowboarding is just a fad”.

In 1986, Martin was working as a ski instructor in Breckenridge, Colorado when, going up on a chairlift, she saw something that changed the course of her life.

A man was going down the slope on a single, wide ski.

“There was no snowboarding at that time. I did not know what it was,” Martin said. “I saw the first snowboarder and I was like, ‘What is that? This is beautiful! I want to do that’.”

Martin was determined to try riding, but that proved to be a genuine quest. There were no boards to rent or buy yet. She finally managed to borrow one through “a friend of a friend who knew a friend who had a snowboard” and strapped in, with little under-standing of what came next.

All these obstacles were not enough to squash Martin’s enthusiasm though. She figured out the basic riding skills and substituted missing equipment with homemade creations.

Among her do-it-yourself triumphs – everyday footwear converted into snowboard boots. Martin took the liners out of hard ski boots, put them into the furry insides of So-rel boots and duct taped them to get the right stiffness.

“You would have big rolls of duct tape always with you and then you had to cut it to get your foot out and start over the next time,” she explained.

As more people took up snowboarding, the competitive side of the sport emerged. Starting in 1988, Martin began racing, initially on second-hand boards.

“From there, I totally stopped skiing and I just snowboarded. It was my passion. My head exploded because this was the coolest thing ever,” she said.

Snowboard took over Martin’s thoughts, as well as her wallet. She was struggling so much during one competition in Aspen that she could afford the $25 entry fee for just two of the three races - only to realise there was prize money on the line.

Pioneer with an arm sling

Snowboard did not disappear as expected. On the contrary, it gained a bigger fol-lowing, got more international competitions, and even made its Olympic debut in 1998.

Martin was on the slopes during those groundbreaking days. But with time and several injuries, the sport took a backseat to work.

She took two years off from racing after a foot injury in 1992 and used this time to get a pilot’s license.

A more serious injury came four years later when Martin injured her arm in a snowmobile crash, not that this stopped her from riding. As soon as she could, Martin went back on a board with her arm in a sling.

Martin continued racing after starting work as a flight attendant, but in small-scale events. It was not until 2015 that she learned about Para snowboarding and that she qualified to compete in the upper limb category.

“I was like, are you kidding me?” Martin said of seeing a Para snowboard competition for the first time.

“I went home and I Googled it. Then I found out that they were at Sochi, that the Para-lympics had snowboarding the year before, and I had no idea. Good thing there is In-ternet.”

Martin and her older sister Sally, also a flight attendant, were camping in the summer when the subject of the Paralympic Games came up.

“We’re drinking a beer and she says to me, ‘I would like to go to the Paralympics’,” Sally Martin recalled. “And I said, ‘As a competitor?’ because she was already in her 50s, and she said, ‘Yeah’, and I said, ‘I support that’.”

While Martin was unable to go to the PyeongChang 2018 Paralympic Winter Games because the women’s upper limb category was not included, she still made a mark inter-nationally by competing on the World Cup circuit.

Martin is self-funded and has to take time off work to go to races. The sisters travel to competitions on standby, with Sally serving as Peggy’s assistant and cheerleader.

As with the able-bodied sport, Martin has been a pioneer in Para snowboard. Now she is easily the oldest competitor on the circuit, but that does not mean she has lost her edge.

As recently as the World Cup finals in Hafjell, Norway in March, she won silver in the dual banked slalom, racing in the final against Poland’s Monika Kotzian who is 26 years her junior.

“Whenever I arrive, they think I am a coach, and I am like, ‘No, I am a competitor’, and they look at me funny,” Martin said. “When you have a passion, you have to continue with your passion. It keeps you young. It is fun. I am having a great time. I do not even think of my age.”