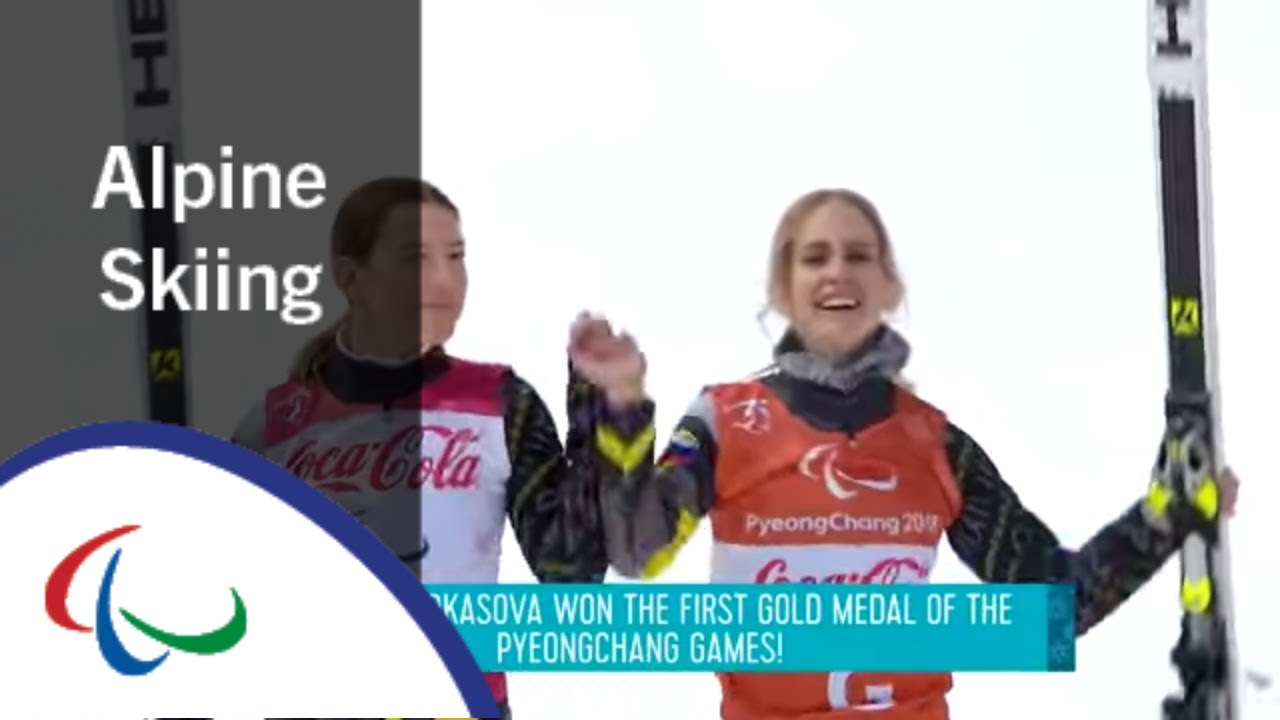 “My advantage is in speed and the reason it’s in speed is because I’m fearless and I don’t slow down. Some say that the ability to overcome the fear is what makes them good. For me, I just don’t have the fear."

It takes a certain kind of person to propel themselves on a sit ski off a steep mountain slope with a vertical drop of 480 metres at more than 100 kilometres per hour. The downhill competition at the 2019 World Para Alpine Skiing Championships in Sella Nevea, Italy is a hearty reunion of that rare breed.

Speed racing is not for the faint of heart.

A significant number of Para alpine skiers choose to compete only in the technical events. Still some dare to step outside this comfort zone in the ambition to become good all-around skiers and try their luck on the downhill course with its gasp-inducing frenzy of speed, turns and bravado.

“I like when I do many events and it’s difficult with my legs, but in my head I’m so happy to do all the disciplines. It’s a choice that I make with my coach, but it’s a really happy choice,” said France’s Arthur Bauchet.

Bauchet only skied in technical events until two years ago, but now competes in all five disciplines and won a silver in men’s standing downhill at the 2018 Paralympic Winter Games.

For an even smaller number of skiers, speed events are not merely an addition to their main technical program, but their signature style.

Canada’s Alexis Guimond is aiming for the gold in the men’s standing downhill and super-G at the 2019 Worlds.

“I’m really comfortable in downhill. I think I’m just a little bit crazy like that,” Guimond said. “I like to go fast so when I’m on the course in downhill, I feel at home.”

The USA’s downhill star, Andrew Kurka, already holds the top medal in the discipline. He won gold in the sitting downhill at PyeongChang 2018.

“My advantage is in speed and the reason it’s in speed is because I’m fearless and I don’t slow down,” Kurka said. “Some say that the ability to overcome the fear is what makes them good. For me, I just don’t have the fear.

“That’s something that, doesn’t matter how long you’ve been skiing, you either have it or you don’t.”

Nerves run high on the night before a downhill race, and how the athlete handles those jitters can mean the difference between skiing fast to the finish line and skiing fast off the course.

“I talked to a lot of skiers and they feel uncomfortable, they feel nervous, and a lot of them have doubts,” Kurka said. “I don’t have any doubts when I’m on the hill. For me, it’s easy and I don’t worry about it. If something goes wrong, I’ll slow down or I’ll stop or I’ll crash into the netting. For me, it’s not a big deal.”

Frederique Turgeon does three, 30-minute meditation sessions before each race to lower her heart rate. So when she goes out onto the course, the Canadian skier is the vision of cool.

Sheer repetition has also been a good solution for Turgeon in subduing the nerves.

“When I started, I didn’t want to go fast. I just wanted to ski the course slow, but the more and more you do it, the more you gain confidence and you just forget,” she said.

The main mistake skiers make in downhill, according to her teammate Guimond, is to hesitate on the course.

“You start doubting yourself and you start being less fast,” Guimond said. “By doubting yourself you are really less confident on where you have to go on the course. In downhill you just have to be totally focused and totally committed to your ski. You have to push your limits and go faster.”

The downhill course in Sella Nevea, Italy starts at 1,600m, ends at 1,120m, and has 19 turns. On average, a Para alpine skier will finish the course in under one minute.

“It’s an interesting slope,” said Germany’s Andrea Rothfuss. “The slope is not just straight, it’s also with some turns. The course setting is very technical so you have to be on the right line to hold the speed that you get in the straight parts. If you’re not on the line, it can slow you down very much and you will lose seconds.”

Lucky for Chile’s Nicolas Bisquertt Hudson, he has the whole course committed to memory since the first inspection. But the sit skier is concerned about how hard it will be to navigate the course as one of the last athletes scheduled to start on race day.

For adrenaline seeker Kurka, bumps or no bumps, the course in Sella Nevea is pure perfection.

“It’s good, it’s steep, it’s perfect. I like it.” Kurka said. “There are big, swooping, fast turns which are going to make a lot of people nervous, and that makes me excited.”

The downhil competition at the 2019 Worlds takes place on Wednesday 30 January, and can be watched on World Para Alpine Skiing's website.