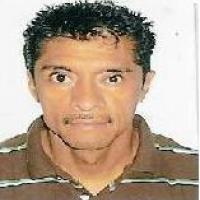 When and where did you begin this sport?
He took up the sport at age 18 with the DIF Nacional club.

Hobbies
Music, movies, basketball, football. (Athens, 2004)
Sporting philosophy / motto
"Life is the most important thing, and we must face our challenges even when they seem impossible to overcome." (desdelafe.mx, 04 Nov 2012)
Awards and honours
He won a National Sports Award in 2009. (atletismoenmexico.com, 20 Nov 2009)
Impairment
He had polio at age 18 months, which resulted in damage to his legs. (azteca.com, 23 Apr 2012)
Other information
RETIREMENT
He announced his retirement after the 2012 Paralympic Games in London. He explained that he had reached that decision with his family earlier in the year. (deportes.terra.com.mx, 09 Sep 2012)