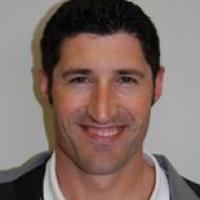 Why this sport?
Having competed in both swimming and wheelchair racing at the 1992 Paralympic Games in Barcelona, he chose to pursue the latter as a result of the excitement he felt from the crowd's reaction when he circled the track in his wheelchair.

Hobbies
Spending time with his dog. (Instagram profile, 02 Sep 2020)
Injuries
He has suffered from chronic lower back pain during his career. (icexpress.co.za, 01 Jan 2013)
Sporting philosophy / motto
"Racing is a way of life, and a culture and lifestyle I got used to. Training has been part of my everyday life, and it's going to be very hard to walk away from it one day. I'll have to find something else to give me that edge or that peak of interest in life, but it's just something I have enjoyed, something I look forward to and it's part of me." (Dubai Marathon - Official YouTube Channel, 23 Jan 2020)
Awards and honours
He was named Para Sportsman of the Year at the 2014 South African Sport Awards. (paralympic.org, 01 Dec 2014)

He received the Individual Performance of the Year award at the 2014 Maties Sport Awards in Stellenbosch, South Africa. (sun.ac.za, 24 Oct 2014)

In 2010 he received the Order of Ikhamanga in Silver in South Africa in recognition of his excellence in sport. (iol.co.za, 28 Apr 2010)

He received the 2006 Laureus World Sports Award for Para Sportsperson of the Year. (ernstvandyk.com, 27 Nov 2012)

In 2002 he received the Presidential Golden Award for Sports in South Africa. (ernstvandyk.com, 27 Nov 2012)
Other sports
He has represented South Africa in Para athletics, Para swimming and Para cycling. In athletics, he won silver in the T54 800m and T54 1500m at the 2004 Paralympic Games in Athens. He has also won world championship gold medals in 1998 [T55 800m] and 2002 [T54 400m]. In Para cycling, he won gold in the road race at the 2008 and 2016 Paralympic Games, and silver at the 2012 Games. He also competed in Para swimming at the 1992 Paralympic Games in Barcelona. (SportsDeskOnline, 20 Aug 2021)
Ambitions
To compete at the 2020 Paralympic Games in Tokyo. (Instagram profile, 15 Aug 2021)
Impairment
He was born without legs. (thepresidency.gov.za, 15 Mar 2012)
Other information
OCCUPATION
He has owned Enabled Sport, a Para sports equipment company. He has also worked as a national sales manager for orthopaedic equipment producer Ossur in South Africa. (Facebook profile, 15 Aug 2021; nyrr.org, 2017)